‘If you want the idea to come out, the ego should step aside’–Budji Layug | Inquirer Lifestyle ❮ ❯ 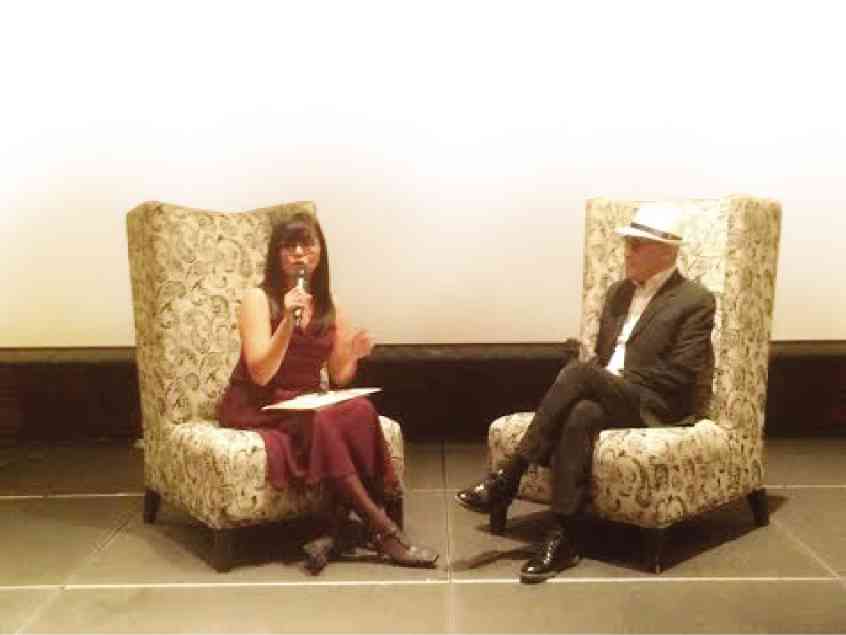 ‘If you want the idea to come out, the ego should step aside’–Budji Layug

In an unlikely development, part of the creative community that once wanted the country’s exponent of Filipino Moderne banned from practising his profession has embraced him as one of its own.

Layug’s recent talk before members of the United Architects of the Philippines (UAP) Alabang Chapter at Acacia Hotel wasn’t only unprecedented. It was historic, in a way.

Upon the invitation of its chapter president, architect Choie Funk, Layug agreed to share his journey as a creative person and his thoughts on Filipino Moderne in an ever-evolving and increasingly globalized world.

“It wasn’t an issue to me,” said the soft-spoken Layug of past attempts made by certain architects and interior designers to have him banned.

“Creativity is the essence of what I do. It’s about open boundaries. I have no hard feelings.”

Three years ago, the Philippine School of Interior Design, led by Sonia Olivares, offered Layug an honorary degree under its so-called grandfather clause, giving him the license to practise interior design.

“Since interior design was being formalized with the passage of the law, you need to have a license to practise,” recalled Layug. “Since they were gracious enough to offer it to me, I accepted. It’s all about sharing and belonging.”

Instead of feeling irritated at attempts by other people—including his detractors—to copy or draw inspiration from his work, Layug feels flattered.

Funk invited Layug because she felt UAP, if not the architecture profession itself, needed a “game changer.”

With the implementation this December of the Mutual Recognition Agreement allowing regional professionals to practice within Asean member-countries, she wants her one-year term to focus on “relevance and collaboration.”

“I want architecture to be relevant. I think this would happen only if we collaborate with other professionals. After all, a building isn’t built by just one person. It has to be a group of people working together,” said Funk.

It was Cobonpue, a good friend of Funk, who introduced Layug to the UAP president. Funk had to adopt the interview format for the talk, asking Layug a series of questions on stage.

“I’ve been asked a few times to do talks,” he said. “I usually decline because I’m not very good at it. I get nervous. But since an opening has been made, I made an effort tonight to share and let them know that I’m with them. It’s important that we come together and understand each other.”

His shyness, which some mistake for aloofness, is also keeping him from teaching in school. Since he has an “unstructured experience,” Layug prefers to share his knowledge with colleagues in a more informal setting.

Layug lived for a time in Western Europe after finishing a one-year course at the New York School of Interior Design in the ’70s. He belongs to a family of furniture manufacturers and designers (his mother is a Cancio of the pioneering design school Cancio-Calma).

He has been exposed to design all his life.

“It was while in London that I found myself enrolling in a hairdressing course by Vidal Sassoon,” he said. “I needed to do it to gain a visa (and extend his stay in London).”

Upon his return to Manila, he opened a beauty salon and became known as “Budjiwara.”

In the ’70s, Manila’s elite women all went to Budjiwara to the point that “Budji” became immortalized in the OPM classic hit “Bongga Ka Day” of the Hotdogs.

But Layug was just warming up. Even during his brief but celebrated career as hairdresser, he would often travel to the provinces, particularly Baguio, Cebu and the beaches of Luzon.

“I discovered the Filipino identity by going around the country, familiarizing myself with all sorts of materials and sensibilities,” he said. “It was experiential. Soon enough, it dawned on me that native materials such as seashells, coconut shells, bamboo and abaca could be done in a modern way.”

His keen interest in indigenous materials and techniques led him to experiment with them. Soon enough, he produced his first design, which he showed to Bloomingdale’s.

“They immediately liked it and brought it to New York for their festival,” said Layug. “The following year, they invited me to showcase my furniture in the Philippine exhibit under then First Lady Imelda Marcos.”

His initial success in furniture led him to become consultant of Rustan’s, where he did 10 collections.

Under Eli Pinto, Layug also became consultant of the Center for International Trade Expositions and Missions.

It was also Pinto who later encouraged Layug to form Movement 8, an elite group of the country’s leading furniture and accessories designers, among them Cobonpue, Milo Naval, Tes Pasola and Layug.

Movement 8 became a global name that did the Philippines proud in trade fairs abroad.

Layug’s first attempt at designing space was in 1982, when he designed the Zulueta house in Tagaytay. That house—with its organic design—was made famous not only in magazine and newspaper features, but also as setting of various movies.

Filipino Moderne was born. He had no term for it yet, but that initial style would eventually become his trademark.

“I had to create space that would go with the landscape,” he said. “I had to bring nature into the interiors. This has been a continuing feature in my work.”

Since it originated in a tropical country, Filipino Moderne is characterized by opening up spaces, bringing nature in and maximizing natural light and cross ventilation.

Filipino Moderne is also a reflection of how we live as Filipinos, including our culture, customs and traditions, he said.

“Filipino Moderne will always evolve through time. When you bring it to another country where it’s cold, you bring this sensibility of lightness, but you combine it with their sensibilities and available technology to make the design part of them,” he said.

Whenever he and Pineda do projects abroad, Layug is able to show other people what Filipino Moderne is. It goes beyond literally bringing materials and furniture abroad.

“By being a Filipino yourself, you as an architect or interior designer bring with you your Filipino sensibility to the project,” he said. “It’s not really a product or material, but your Filipino-ness.”

Layug credits his collaboration with Pineda “for bringing my work to a new level.”

The partnership was forged at a time Layug was getting so many projects. He sought his mother’s help, and after three months she introduced her son to Pineda. They left the meeting with a shared vision to do “total design.”

It wasn’t Layug’s first time to collaborate with an architect. Through the decades, he has worked with such names as Roger Villarosa, Willy Coscolluela and Ruben Payumo.

Rather than avoid conflicts or criticisms, he views them as opportunities to share and learn while enriching the project.

“We all have egos,” he said. “And that’s one thing that’s constant. But in terms of creativity, if you want the idea to come out, the ego should step aside.”

Rather than focus on “I and me,” Layug advised his audience to view collaborations as “we.”

Finally, by being true to one’s self, Layug is able to reconcile his ability to be globally appealing without losing his “sense of place.”

“First of all, you have to know yourself,” he said to young architects in the audience. “It’s very important to have no fear, whether you’re working abroad or in the Philippines. We shouldn’t hesitate to experiment or even take up a challenge.”

He encouraged them to follow his lead by discovering themselves through travel and exposure. They also shouldn’t be afraid to pursue their passions.