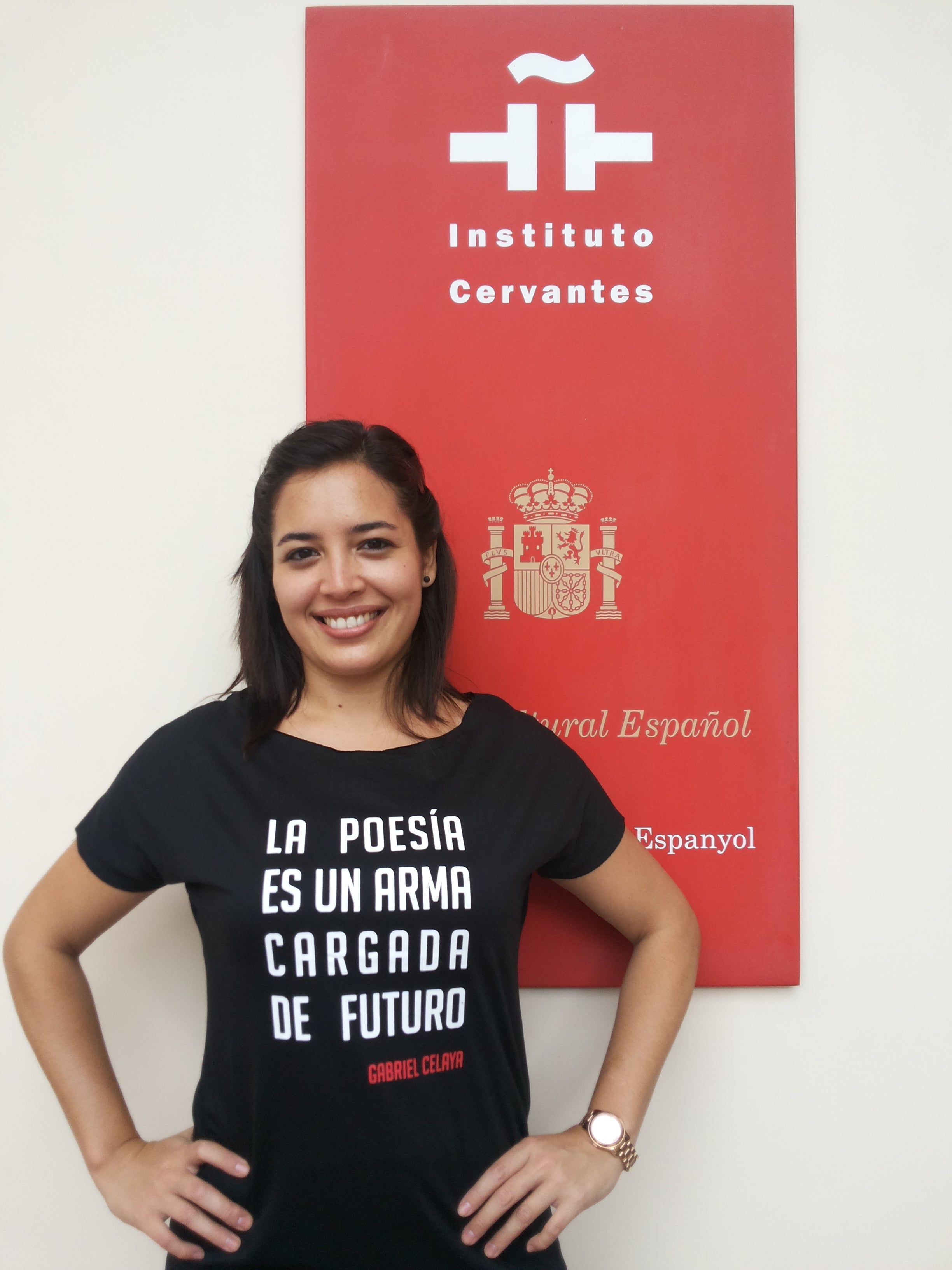 A quixotic project of Instituto Cervantes

This year marks the 4th centennial of the publication of the second volume of “Don Quixote de La Mancha.” Among the events organized by Instituto Cervantes to commemorate this anniversary is this extraordinary “Rewriting of Don Quijote.”

The Spanish cultural center is in search of 500 book-loving volunteers to take part in a “quixotic” endeavor: To hand-write Cervantes’ novel.

Each volunteer will have two minutes to write a few sentences of the novel by hand. The writing-chain will start at 4 pm and conclude at 11 pm.

The final hand-written book will be deposited in the Library Miguel Hernández of Instituto Cervantes. People interested in taking part of the writing of Don Quijote can reserve their time slot by sending an email to: [email protected] Participants in the hand-writing chain will receive a rose.

“The Writing of Don Quijote” is one of the events organized by Instituto Cervantes to celebrate the “International Book Day – or Día del Libro.”

First introduced by Instituto Cervantes in Manila in 2006, the tradition of “Día del Libro” began in Barcelona, Spain as inspired by an old legend involving chivalry. To the present, the tradition is commemorated on St. George’s Day (23 April), during which men and women exchange roses and books.

This tradition encourages book lovers from all walks of life to gather and indulge in their literary passion. This date also honors the deaths of two of history’s greatest writers – Miguel de Cervantes and William Shakespeare – who coincidentally died in the same day, April 23, 1616.

The launching of the new Portal on Philippine Literature in Spanish of the Virtual Library Miguel de Cervantes (http://www.cervantesvirtual.com/portales/literatura_filipina_en_espanol/) is scheduled at 4:30 pm.

It will immediately be followed by the round-table discussion “Encuentros en las Letras: Filhispanic Literature in Digital Libraries,” a forum in which some scholars will discuss the preservation of the Filipino literary heritage.

This year’s celebration will include a twist with “La Noche de los Libros (The Night of Books).” Through it, the Spanish Cultural Center will provide free entertainment for an entire evening of leisure and activities, including a feast of Spanish food, games, jazz music, a poetry recital, free Spanish classes… and a night book market.

Just like every year, “Día del Libro” will feature top bookstores and publishing houses that will be selling a wide array of books – dictionaries, children and young adult titles, fiction and non-fiction novels – at a 20 percent discount.

Following the tradition in Spain, every book purchase would entitle one to a free rose. 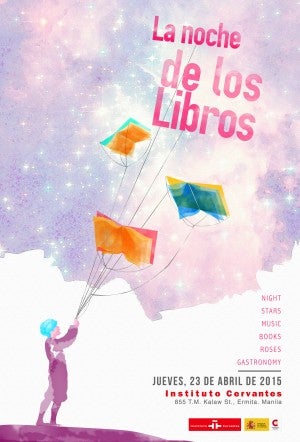 Join “La Noche de los Libros” and experience a jam-packed evening of excitement, brought to you by Instituto Cervantes.

“Día del Libro” is organized by Instituto Cervantes de Manila in collaboration with the Embassy of Spain in the Philippines, the Spanish Agency International Cooperation for Development (Aecid), and the best Manila bookstores.

Admission to all “Día del Libro” activities is free on a first-come, first-served basis.