Be the next Octagon Girl–and be trained by Ines Ligron | Lifestyle.INQ ❮ ❯ 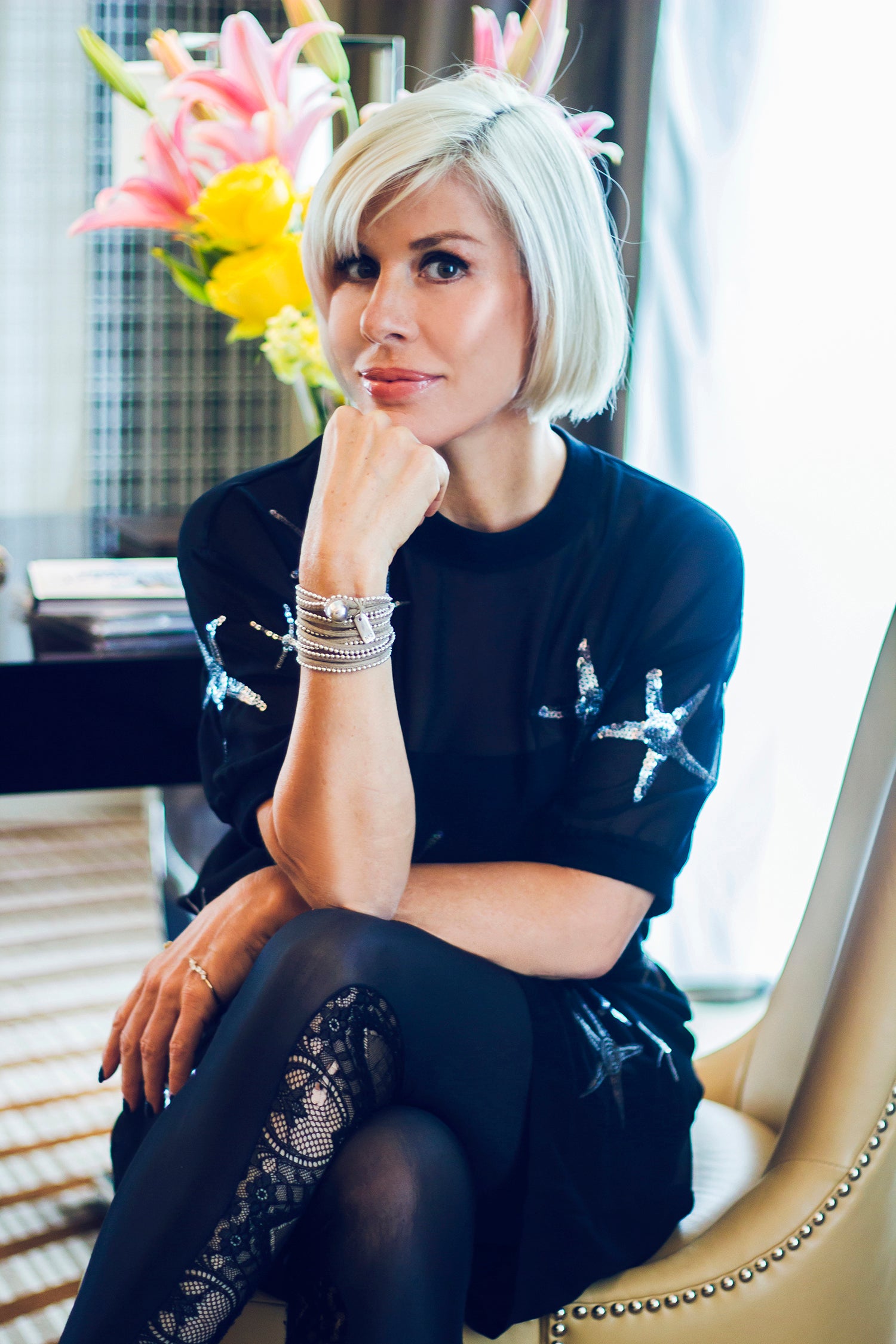 HER LACE tights reflect her carefree, bohemian sense of style, while remaining very proper and chic.

Be the next Octagon Girl–and be trained by Ines Ligron

THE NAME Ines Ligron is well-known in pageant circles. Being the former national director of Miss Universe Japan, she has given the world of beauty pageants a fresh and more current take—far from the thick makeup and bouffant hair of traditional pageants.

During her 13 years as national director of the pageant for Japan, her Miss Japans were the most fashionable. Getting insight from the Japanese love for designer brands, she dressed them in Bulgari, Gucci, Valentino, YSL and Missoni.

She took a gamble when she took over the franchise, she says, but it turned out really well. She even invited designer John Galliano as judge on her first year; after that, her pageants have become among the most watched; the popularity and prestige of her pageants surpassed even Miss Universe itself.

Her girls were not just fashionable but also had substance. Not only did she make them beautiful on the outside, but also on the inside. Her formula is simple. “I start from within,” she says. She is a staunch advocate of health, well-being and going natural by promoting organic produce, staying away from canned and processedfood and sugar, and being more aware of what vitamins and minerals one needs. She swears by her love for fresh buko juice, and uses coconut oil as a makeup remover.

Training her girls is more mental than physical work. They become 35 at the age of 25, just from the experience they get from months of training. We got to experience first-hand how she does her magic when we shot her for INQUIRER Lifestyle at the lobby and suite of Solaire Resort and Casino. Her stand-out pieces, like a pair of lace tights and free-flowing boho top, reflect her effortless sense of style.

Her Miss Japans made big names for themselves, with one, Kurara Chibana, Miss Japan 2006 and first runner-up in Miss Universe that year, now a United Nations Ambassador for the UN Food Program, the first Japanese woman to earn such an accolade.

But Ligron remains grounded, approachable and amiable, and teaches her girls, even at the peak of stardom, to behave like ordinary people. “The quality they need to acquire most is self-confidence, in both their physical beauty and mind,” she says. “They must have an aura, so that when they walk in the room, everyone will ask, ‘Who is that girl?’”

Even though she has long sold Miss Universe Japan, she still has a huge following in the country and now has a beauty school there; she is even an ambassador for Avon Japan.

She has now moved to Singapore, seeing the huge potential of Southeast Asian beauty, specifically the Filipina. Being a former director for IMG Models Asia Pacific, Ligron has the eye for discovering diamonds in the rough, and now she is doing what she loves, being an image maker, and finally training a Filipina.

The search for the Octagon Girl, a first in Asia, coincides with the much-awaited UFC Fight Night Manila on May 16 at the Mall of Asia Arena. They are looking for Filipinas who are fit, attractive, articulate and able to speak on camera. Previous Octagon Girls have become very popular around the world, especially among UFC fans. “They inspire women to be healthy and fit, and we hope we find a similar person who can do the same for women in the Philippines, too,” says UFC spokesperson Feryal Hemada.

They are looking for girls who are 18 and above, a Filipino citizen, fit, attractive and articulate, and is comfortable in front of the camera. “The girls should be confident, happy to be on camera, friendly and energetic, as they will be seen on television around the world,” Hemada adds.

But this new Octagon Girl, will have that “Ines touch”; not only will she be athletic and fit, but thanks to Ines, she will also be more fashionable. Previous modelling experience is a plus, and she will be taught to walk the runway in heels. The winning girl wins $2,000 and a one-time contract to participate as an Octagon Girl and share the limelight along with another UFC Octagon Girl, Arianny Celeste, who is part Filipina, on fight night.

“This would be a huge stepping stone for the girl,” Ligron says. “The whole world will see her and you’ll never know what offers will come after that night.”

On April 18, after more than a hundred applicants, Ines will trim down the entries to 30 girls, then to 8, who will get further training from her. From the 8, the new Octagon Girl will be chosen on May 16 by a panel of judges.