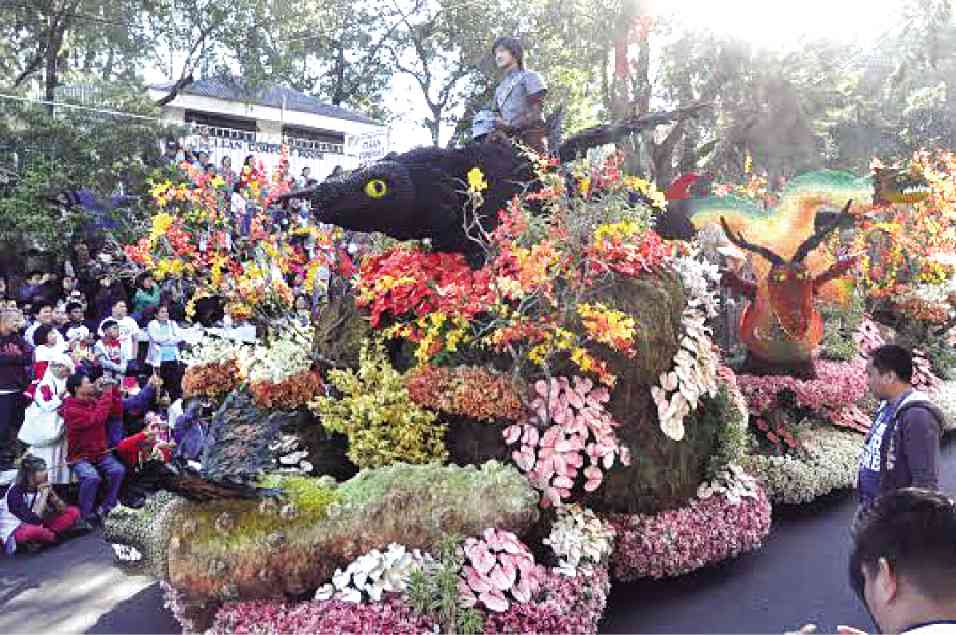 The heat is on, and what better way to face the onslaught of summer than to go to the still undefeated (albeit now horribly congested) summer capital of the Philippines, Baguio?

Last March, Baguio celebrated its 20th Panagbenga Festival—that festival of flowers, filled with wondrous colors, sight, smells and sounds. This year, to celebrate this milestone, the Baguio Flower Festival Foundation Inc., with the local government, successfully laid out a month filled with events to celebrate the beauty of Baguio.

Despite the marked absence of the founder of the Panagbenga Flower Festival, the late Damaso Bangaoet Jr., Baguio managed to organize events spread out in March, culminating with the Panagbenga 2015 Grand Float Parade.

Bangaoet, who died Sept. 15, 2014, came up with the flower festival to promote Camp John Hay; he was its managing director.

In time, the local government adopted Bangaoet’s idea and made it the city’s official festival. Since then, Panagbenga has been synonymous with Baguio itself.

Baguio Mayor Mauricio Domogan says that the flower festival brings huge economic benefits to the city and its surrounding towns. A study by Saint Louis University Baguio showed that the city earns around P220 million during Panagbenga season.

The theme of the month-long event was “Across 20 years of Blossoming Together.” The Baguio Blooms Expedition started the festival season on Feb. 1. It exhibited different landscape designs along Lake Drive at Burnham Park. Tiangge stalls sold souvenirs, food and other Baguio products.

Sixteen floats joined this year’s parade, mostly from private businesses such as North Luzon Expressway (NLEx), Jollibee, M Lhuillier and most notably, The Manor at Camp John Hay, which joined the parade for the first time. The Manor’s float was designed by the famous artist, Kidlat Tahimik.

The entire Grand Float Parade lived up to its name. Grandeur was an understatement. The event was filled with sounds from the marching bands competing against each other, and flowers were everywhere, from the costumes of the parade participants, to the floats themselves. Crowds shouted with joy and excitement as the bands and floats went by.

To the credit of the Baguio local government, crowds were orderly; police and medical personnel were at hand on every street corner, the traffic was well coordinated and the re-routing of vehicles to alternate routes was efficient. With the bands and floats, school children from across the region joined the drum and lyre competition.

As if the cool Baguio breeze and the fun events were not enough, our accommodations at Camp John Hay made our stay in Baguio doubly special and memorable. The culinary delights prepared by Chef Billy King at The Manor’s Le Chef Restaurant were pure heaven.

When planning a Baguio escape this summer, or maybe preparing to go to next year’s Panagbenga Festival, the hotels at Camp John Hay like The Manor and its modestly priced twin, The Forest Lodge, are perfect base of operations. Arrange transportation with credible companies like Avis, and you’re good to go to visit Burnham Park, the market and other sights.

Of course, walking in Baguio is still the preferred method to get around, and indeed, it is heavily encouraged by the local government to alleviate the vehicle congestion problem.

With the improvement of the NLEx and SCTEx, the drive to Baguio is now about three-and-a-half hours from Metro Manila. No more excuses not to visit.