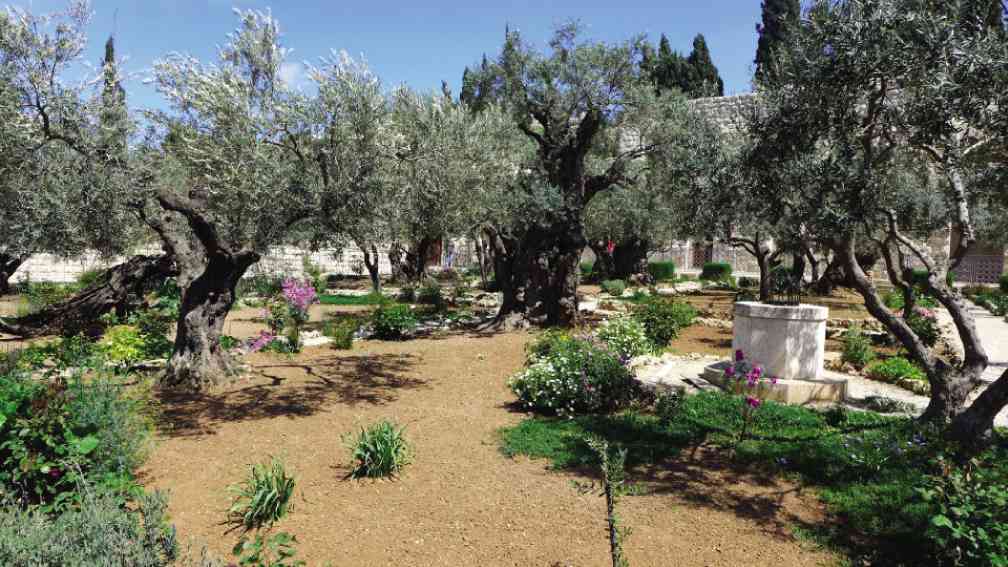 How Holy Land echoes the messages of Pope Francis

The apostolic visit of Pope Francis to the Philippines stirred up memories of our visit to the Holy Land on a Holy Week.

I joined a Journeys of Faith pilgrimage with Bible scholar Fr. Rene Lopez and Palestinian guide Rami Munayer. We traced the paths where Jesus lived, walked, prayed, suffered and died.

With a “powerhouse” pair of chaplain and guide, a carefully planned itinerary by Arlina Onglao, the tour’s impact on the pilgrims was indelible.

All the images and spiritual experiences of the Holy Land pilgrimage came back to us in the speeches and homilies of Pope Francis during his Philippine visit.

Church of the Primacy of Peter

“‘Do you love me?… Tend my sheep” (Jn 21:15-17)… All pastoral ministry is born of love. All consecrated life is a sign of Christ’s reconciling love.”–Pope Francis, Mass at the Manila Cathedral, January 16

The challenge in the message of Pope Francis to the consecrated men and women who gathered at Manila Cathedral reminded me of the Church of the Primacy of Peter.

In Tabgha on the northwest shore of the Sea of Galilee, this was where the resurrected Jesus reinstated Peter after they had a fish breakfast on the shore. It is believed that this took place on the Mensa Christi, a large rock in the chapel.

The Franciscan chapel is small, quaint and made of stone with a tower in one corner. Somehow this place reaffirms a pastoral worker like myself that just like consecrated men and women (and Peter), despite our flaws, we can still be forgiven and be allowed to serve Him.

Church of the Visitation

Located at the western outskirts of Jerusalem, rustic Ein Karem derived its name from its environs, the “spring of the vineyards.”

Ein Karem is believed to be where two pregnant women, Mary and her cousin Elizabeth, met and felt enormous joy because of the children they were carrying in their wombs.

Climbing the 100 or so steps to the Church of the Visitation was challenging, to say the least. We huffed and puffed our way up the hill.

I could just imagine the agony of a very pregnant Mary traversing the hills or having a bumpy ride on a donkey.

But just like the experience of raising a family, the dream and challenge of rearing the Messiah only made the final triumph at the top of the hill as joyful as Mary’s Magnificat.

This was the same message of hope, joy and the ability to dream echoed by Pope Francis when he met with thousands of Filipino families.

Church of the Holy Sepulchre

“Jesus is Lord. And the Lord from the cross is there for you…we have a Lord who cries with us and walks with us in the most difficult moments of life.”–Pope Francis, Tacloban Mass, January 17

The Church of the Holy Sepulchre in what is called the “Old City” of Jerusalem is where it is believed Jesus was laid in a tomb and rose from the dead.

At first, I was envisioning a Calvary-like scene on a hill. Instead I saw a Romanesque basilica with a cutoff belfry.

Inside, I even grew more bewildered because of the more than 30 chapels and worship spaces where several and uniquely different Christian rites were being held.

Despite its confusing configuration, however, the place was definitely a living, breathing place of worship. Everywhere you looked, there were liturgies in languages we could not understand, incensing rites and processions.

We closely followed our guide so as not to enter the wrong worship space and still found ourselves in awe of the intensity of worship everywhere. We venerated the place where they laid the Lord. We prayed in the spot where He died, and inserted our arms into the hole where His cross pierced the ground.

As Pope Francis said, we remembered the Lord who is able to cry and walk with us through all our tragedies.

“Today’s world doesn’t know how to cry… Certain realities of life we see only through eyes cleansed by our tears. I invite each one here to ask yourself: have I learned how to weep?”–Pope Francis, UST visit,

One of the most beautiful churches I saw during the Holy Land pilgrimage was the church where “Jesus wept” or Dominus Flevit.

Its dome is shaped like a large teardrop in reference to the weeping of Jesus as he pondered the future destruction of Jerusalem.

Built atop a Byzantine monastery, this church was one of the several places of worship designed by famed Italian architect Antonio Barluzzi. Our guide said that people used to collect their tears in bottles they would pour into the four pillars of the Dominus Flevit Church.

It was a short distance from the Church of All Nations and Gethsemane or Mount of Olives.

I remembered this church when Pope Francis enjoined us to learn how to cry. The Lord wept for Jerusalem. He also wept at the bedrock of Gethsemane. He wept for our sins and still we are saved.

These were the same thoughts that raced through my mind as we commemorated the Paschal Triduum during that day in the Holy Land, retracing the steps of Jesus from the Mt. of Olives to Gethsemane to Golgotha.

“It was a frail child, in need of protection, who brought God’s goodness, mercy and justice into the world.”–Pope Francis, Mass at the Luneta, January 18

Our journey to the Holy Land was not just all about old houses and churches, dead stones or ancient ruins or stagnant mementoes of the first century. We also had the chance to visit an open-air museum in Nazareth, Israel, that showed us a living picture of how life was in the time of Joseph, Mary and Jesus.

It was surrounded by olive trees, ancient wine presses, a synagogue, stone quarries and even sheep and donkeys. Going there was like stepping into a different time.

A “Joseph-like” carpenter demonstrated the tools and technology of pottery and carpentry of that time. Young boys reminded you of how

Jesus must have tended the sheep in the pasture.

Nazareth brought to mind Pope Francis’ message delivered during the feast of the Santo Niño at the Luneta when he reminded us that we are all God’s children, that children must be embraced and protected.