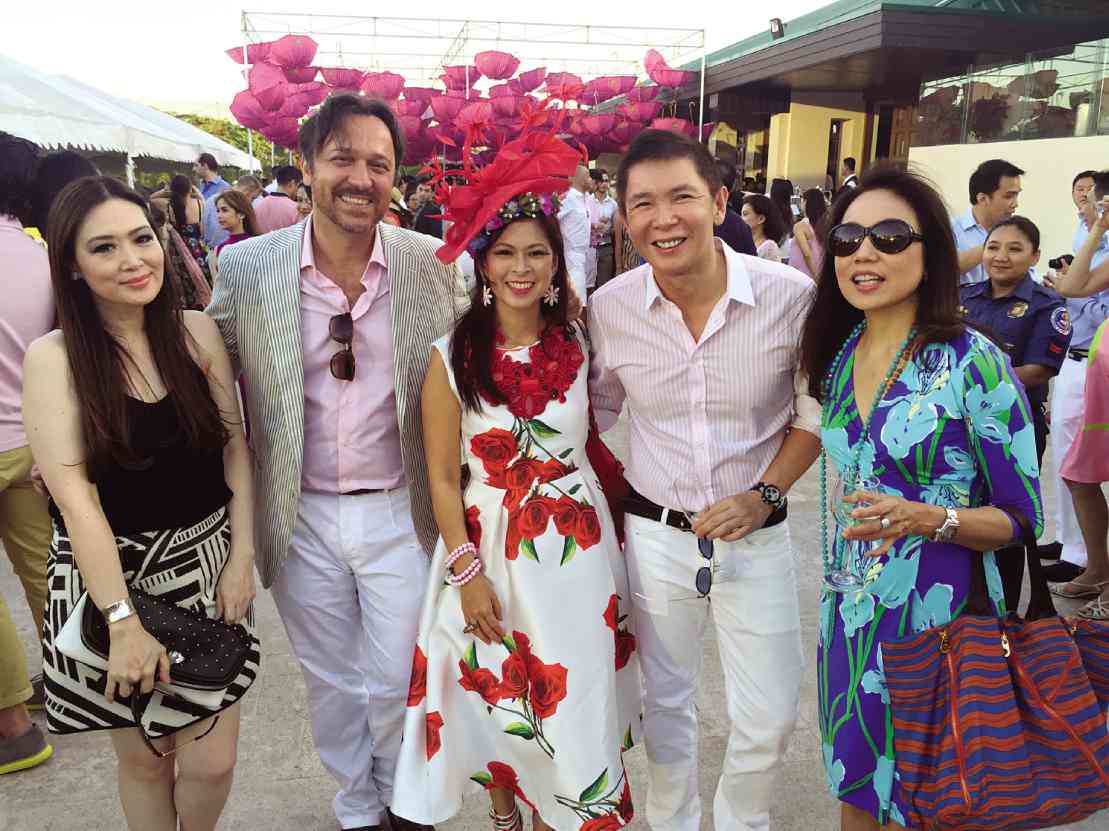 We cannot turn back the hands of time but we can surely make the most of whatever time those hands give to us. Indeed, it’s always a joy to look back at milestones in our lives.

Take the Belo Medical Group (BMG), which recently celebrated its 25th anniversary. The group defined its line of work as providing medical-aesthetic, outpatient clinic services. It became a pioneer in that niche.

They were accredited by the National Accreditation Board for Hospitals and Healthcare Providers, equivalent to the gold standard National Committee for Quality Assurance in the United States.

The close and exciting game concluded with Team Philippines taking the Cup with a 13-9 score. Handsome Anthony Garcia was awarded Most Valuable Player.

The excitement moved to the main lounge of the Manila Polo Club where the ballroom was transformed into a tropical garden with gigantic palm leaves and tropical blooms. Creative event stylist Barbie Pardo did an amazing job in magically transforming each corner into a lush garden setting.

The entire event was under the creative leadership of BMG’s managing director Cristalle Henares with the help of her loving friends, Javi Martinez of Yaparazzi Events directing the evening show, and Garlic Garcia as creative collaborator.

Part of the evening program was a tribute to the Fallen 44, valiant men of the Philippine National Police Special Action Force. A performance from none other than Gary Valenciano was dedicated to the slain soldiers and their surviving families. Other artists who graciously performed were Regine Velasquez and Billy Crawford. The evening was capped with a generous donation to the families of the Fallen 44.

From Belo silver, let me move on to gold. The Progress Pre-School Gold recently held its Multiple Intelligence Recognition Day.

I learned that advocating multiple intelligence means focusing on various facets of intelligence to create balanced and successful children.

Rhea Villareal, senior product manager of Progress Pre-School Gold, explained that the program seeks ways for parents and educators to recognize that developing multiple intelligence is just as relevant as academic performance.

Kim Atienza, himself a multi-achiever, was the commencement speaker. He told the crowd how his well-rounded character has been his key to success. Focusing on multiple intelligence equipped Kim to engage the world with confidence.

Pharmaceutical firm Wyeth is partnering with the Reading Association of the Philippines to further promote multiple intelligence. The two groups are focused on improving national reading programs and teaching procedures through teacher training and research.

Jenni Epperson and Mikaela Lagdameo-Martinez, both multiple intelligence advocates, were recognized that afternoon, along with multi-achievers Sofia Pablo, who excels in academics, dance and sports; Cedric Rafael Uson, whose potential for leadership and the arts is notable; Sean Clarence Cai, who excels in numbers and interpersonal skills; Luis Raphael Danao, who is passionate at academics and sports; and Ciara Russegger, who equally excels in both disciplines.

Let me end with a gold standard, the Rolls-Royce Wraith. This car is “the ultimate Gran Turismo,” said Paul Harris, regional director of Rolls-Royce, at the inauguration of the first Rolls-Royce Motor Cars dealership in the country.

The Rolls-Royce Wraith is the kind of car for which there are only superlatives. “This is a true, four-seater, superluxury motor car that exhibits both the most contemporary and dynamic aspects of the brand, without sacrificing Rolls-Royce’s trademark refinement and pinnacle craftsmanship,” continued Paul, and indeed, what else need be said?