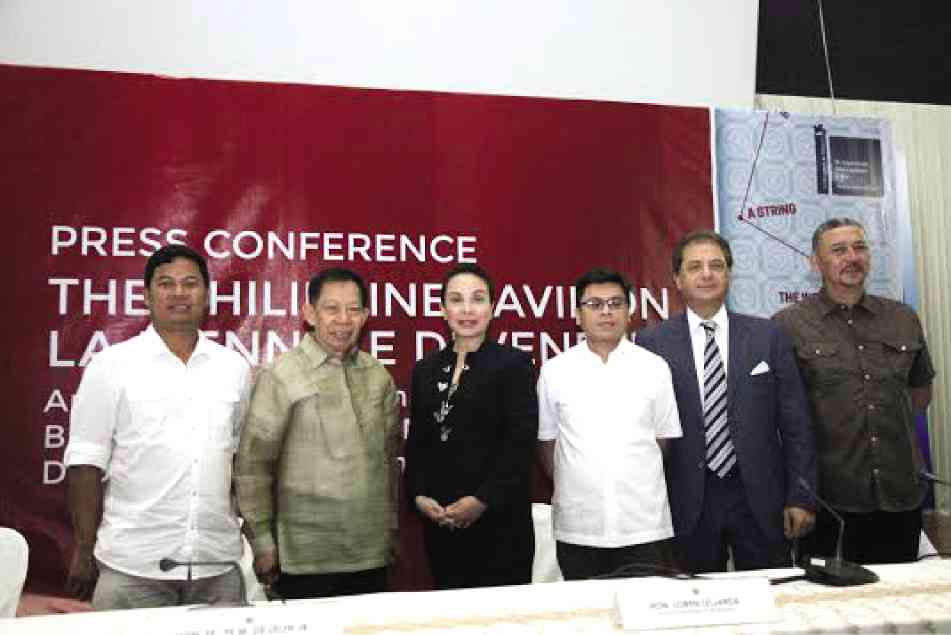 Over a decade after its last participation in the Venice Art Biennale, the Philippines will return to the art event with  “Tie a String around the World,” an art installation whose governing concept is distilled from the 1950 Filipino film “Genghis Khan,” helmed by National Artist Manuel Conde. It was shown in the Venice International Film Festival in 1952 to much acclaim. 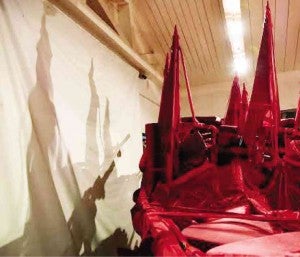 The 56th Venice Biennale will be on May 9-Nov. 22. The Philippine Pavilion will occupy three rooms at the historic Palazzo Mora, an 18th-century building said to have been created by Tiepolo, the  Venetian artist.

The pavilion has a total land area of 153 square meters and will display the installation that, according to Flores in a press conference at the Department of Foreign Affairs, looks at the “links between geography and politics, and the notions of nation, territory and archipelago” through a “conversation” between Conde’s newly restored film and the contemporary works of intermedia artist José Tence Ruiz and filmmaker Mariano Montelibano III.

In 1952, the Filipino film co-written and designed by Carlos “Botong” Francisco (who would later be named national artist) was shown at the Museum of Modern Art and at the Venice Film Festival.

“As the Philippines renews its participation in Venice, so is the film revisited as a trajectory into the very idea of Venice as a site of convergence and also of dispersal,” Flores said.

He also noted that the film about a “king of kings” and the formation of his empire that stretched from the Pacific to Europe “offers an opportunity to reflect on the condition of the world today.”

The pavilion, he added, has the “potential to initiate a conversation on the changing configurations of this world—on the volatile meanings of territory, country, nation, border, patrimony, nature, freedom, limit and the ‘present passing.’”

Flores said Ruiz’s work “evokes the spectral ship… as well [as] the fabled mountain range… through his assemblages of wood and other media that morph from cart to cathedral and other intricate structures.”

“It is difficult to contemplate the form of this video at this point,” Flores warned, “but it may well avail of ethnographic and documentary techniques that scan the horizon of the West Philippine Sea and probe the depths of lives in that part of the archipelago that is claimed by countries like China and Vietnam.”

Along with De Leon and Legarda, Foreign Secretary Albert del Rosario and Italian Ambassador to the Philippines Massimo Roscigno were also present at the conference where Flores’ curatorial proposal was formally unveiled.