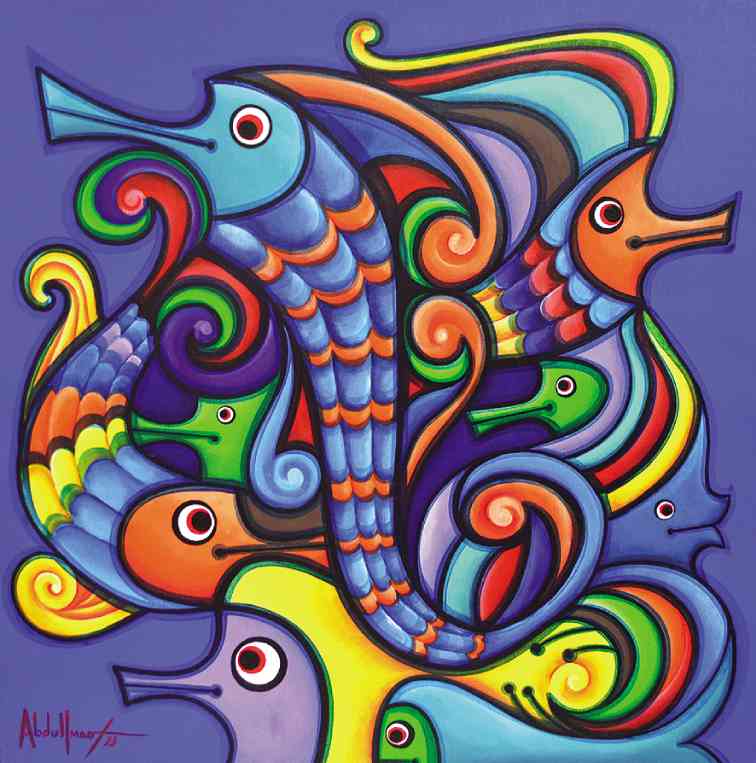 A unique exhibit at Rockwell Power Plant Mall on April 20-26 will showcase rare works and trace the creative journey of the late National Artist Abdulmari Imao.

Imao died last Dec. 16 at age 78. His creative journey started from proletarian roots, through the dint of hard work.

Identity was always a concern for Imao.  His motivation was the recognition of Mindanao culture as part of the story of the Philippines. This made him one of the most enthusiastic Filipiniana scholars in the country.  He spoke 12 languages. At one time he was a commissioner of national languages.

In his sculptures and paintings, he chose themes integral to the culture of Mindanao. The sarimanok, the mythical bird which has parallels in ancient Indian, Khmer and Indonesian cultures; the sinuous patterns in his sculptures and paintings that are akin to architectural paintings and sculptures on houses, boats and buildings in many Southeast Asian countries; the school of fish which he recalled from the days of his youth in their fishing village; and the interest in the art of calligraphy.

Interestingly, because these themes are popular not only in Southern Philippines but also in large parts of Asia and Southeast Asia, these made scholars and art critics describe Imao as the most Asian if not the most international of Filipino national artists.

Galerie Joaquin honors this titan of Philippine art through the exhibit “Celebrating Imao: A National Artist’s Journey,” at the North Court of Power Plant Mall in Rockwell, Makati City.

Exhibit will move to Galerie Joaquin in San Juan, April 27-May 3.