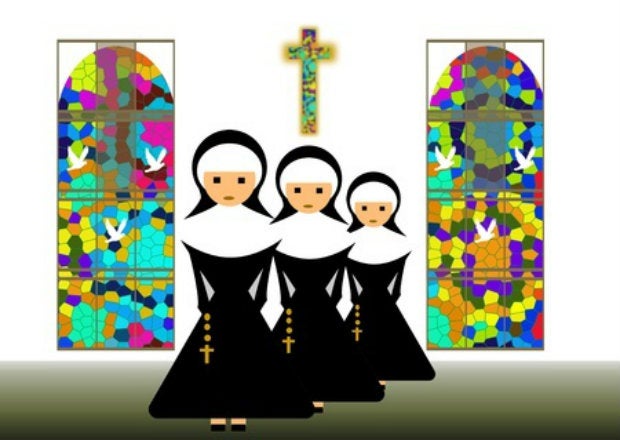 LONDON, United Kingdom – The number of women becoming nuns in Britain reached a 25-year high last year, according to figures released by the Catholic Church on Thursday.

In 2014, 45 women took holy vows, a figure that has trebled in the last five years, in contrast to a worldwide trend that has seen nuns dwindle steadily over the last four decades.

“There is a gap in the market for meaning in our culture and one of the ways in which women may find that meaning is through religious life,” said Father Christopher Jamison, director of the vocations office of the Catholic Church in England and Wales.

“We are never going to be at the place we were at 50 years ago, Catholic culture was at a very different place,” Jones said.

“But the fact that more women are becoming nuns than there has been in the past 25 years shows that as a generation we have turned a corner.”

One novice is Theodora Hawksley, aged 29, who left a job as a postdoctoral researcher in theology at Scotland’s University of Edinburgh in January to train as a nun at the Congregation of Jesus in London.

“I don’t have to worry now about practical things like making a career for myself,” Hawksley said, describing her choice as a “relationship of love”.

“There is another person in an order in London and she is 27 and we meet to chat. You are not on your own… There are plenty of people asking themselves the same questions.”

At about one in 12 Britons, Catholics are the second-largest faith group in Britain after Anglican Christians, but those identifying as religious have been in decline in the country.

The figures were released shortly before the Church’s annual “world day of prayer for vocations” on Sunday, in which Pope Francis is to praise the “call to love”.