‘Amoy mestiza’? Or how and why the Zobel scion is now a scent | Inquirer Lifestyle ❮ ❯ 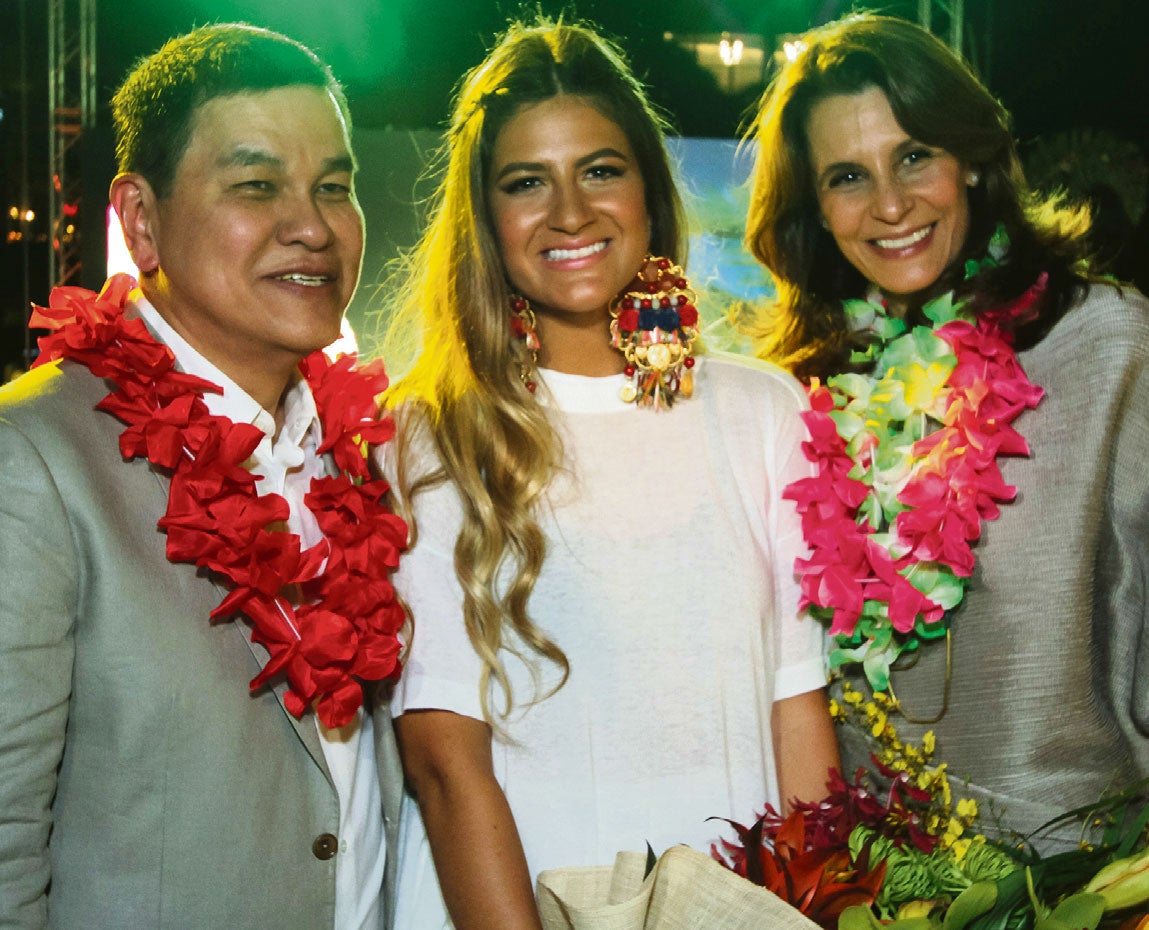 ‘Amoy mestiza’? Or how and why the Zobel scion is now a scent

AS SOON as a gaggle of female guests caught a whiff of Isla Paloma, Bench’s newest scent by Monica Urquijo, one of them summed up the experience: “Amoy mestiza” (smells like a mestiza)!

She couldn’t have been more on target.

There couldn’t have been a more apt venue—Urquijo’s family owns the Ayala Malls.

With the exception of her grandparents, Jaime and Bea Zobel Sr., almost every member of the Zobel de Ayala clan led by Urquijo’s mother Bea Zobel Jr. and uncle Jaime Augusto Zobel de Ayala, were present to cheer her on.

Apart from being a globetrotter, 19-year-old Urquijo, youngest daughter of Zobel and the late Spaniard Juan Urquijo, lends a new perspective and pedigree to Bench, as a scion of one of the country’s most prominent families.

It wasn’t difficult to convince her to sign up, said Chan, as the outgoing and fashion-savvy Urquijo, a media and communications student at the University of London’s Goldsmiths has always been a big fan of Bench.

“I have been actually talking to her mom even before Monica turned 18,” said Chan, who once worked with Zobel as cochair of the Metropolitan Museum’s Terno Ball in 2003. “I asked Bea to talk to the entire family about it. I’d be too scared to talk to Monica’s grandparents.”

Having worked with many of the country’s top celebrities, Chan immediately saw Urquijo’s potentials as product endorser.

“She’s very articulate and witty,” he said. “And she’s so easy to deal with. She was hands-on from start to finish.”

In an e-mail interview with Inquirer Lifestyle, Urquijo said she has wanted to collaborate with Bench, a brand “I’ve grown up with and admire a lot not only for the impact it has had on Filipino retail, but also on Filipino culture.”

“I’ve had the pleasure of knowing Ben since I was a child,” she said. “I had always hoped to collaborate with him. When he asked me if I wanted to do Bench Edit and design my own perfume, I immediately said yes. It was a no-brainer!”

The occasional travel and fashion writer and former ABS-CBN intern also relished the “creative freedom” Bench gave her to express “her view of the Philippines” through Isla Paloma.

The scent with a musky top note has hints of lemon, cassis, hyacinth and rose. Urquijo also had a hand in designing the cologne’s bright packaging of a collage of bright flowers and intricate machuca tile patterns.

“The scent does probably reflect some of my Spanish flair, but grounded in my inner Filipino island girl,” she said. “But if I had tried to combine all aspects of myself in one bottle, the result would have smelled quite bizarre!”

With no experience working with scents, she followed her gut feel while reminding herself that she also needed to produce something that appeals to other people.

Urquijo, whose “indecisiveness reached a new level” while working on Isla Paloma, is partial to scents that remind her of places and memories as she was growing up in Spain and in the Philippines.

She considers both countries as two of her most favorite summer destinations. But later this year, she’s going on a road trip with friends to rediscover the US West Coast.

“I’m not terribly sure what Ben saw in me,” she confessed. “I’m quite an extrovert both in my personality and self-expression. Maybe he saw in me someone [who’s] comfortable in her own skin. At least, I hope he saw that!”

She believes her Filipino upbringing taught her to be kind, humble, generous, and, no matter how difficult or frustrating life sometimes is, to always remember to smile.

“Filipinos are so warm and kind-hearted,” she said. “Growing up in such a special environment, I was exposed to grounding values and focus on family.”

Before she embarked on her only collaboration with a mass brand, Urquijo sought the advice of her mother and siblings Jaime and Paloma.

“But it has now come to a point where I’ve taken the reins of my own life and budding career, and, more or less, they support me in everything I do,” Urquijo said. “They’ll tell me if they think I’m doing anything wrong, but my mom has been very supportive and was by my side during the whole process.”

Before she became interested in communications, Urquijo has always thrived in interacting and learning with others. She chose to study at Goldsmiths because she feels it provides her “varied insights in the ever-changing world of media and communications.”

She has dabbled in animation, journalism and radio. Urquijo is now focusing on documentary filmmaking. “I’m loving it. I’m trying a bit of everything while keeping my doors open,” she said.

She’s also open to a broadcasting career in the Philippines. As for her love life, it can wait: “No, no, no boyfriend for me.”