Waiting for the next ‘Gourmand Market’ in BGC | Lifestyle.INQ ❮ ❯ 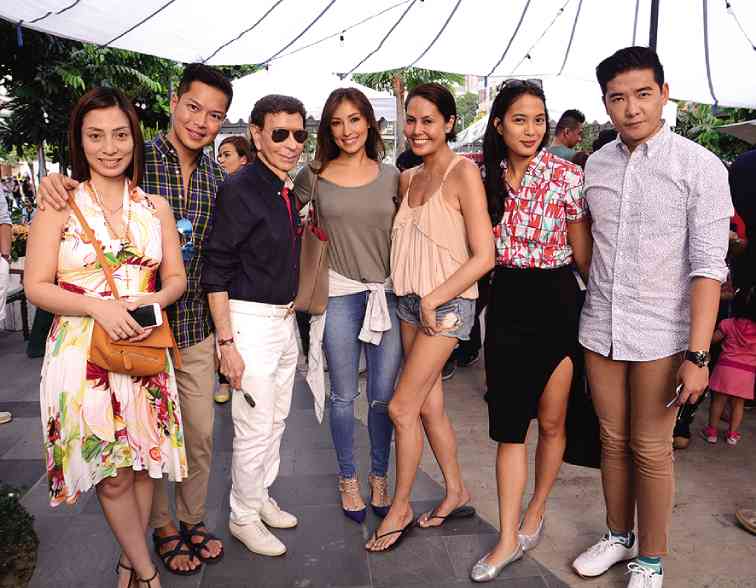 Waiting for the next ‘Gourmand Market’ in BGC

Hey Dahlings, let me tell you about the exhilarating food trip that we indulged in recently, at a three-day event called The Gourmand Market held on Bonifacio High Street, BGC, Taguig.

Mounted by Trish Panlilio of nawwTy’s kitchen, Dara David Roa of Collab Contessa Brand Events and Dong Ronquillo of Uniqlo, with support from Globe Platinum, The Gourmand Market offered something one wouldn’t find in the usual stores—premium food selections in a rustic ambience.

The gathering attracted not only foodies, but families and friends, including kids who chose to spend the weekend tickling their palates.

Panlilio said her group plans to continue holding the event on a quarterly basis, even if there was a clamor to do it monthly. People appreciated the freshness of the food items, she pointed out; that’s what The Gourmand Market will strive to maintain.

Giving her full support was Sen. Grace Poe, a close friend of Panlilio since their childhood days.

So, palangga, we’ll keep you posted on the next Gourmand Market.

The sunrise fun run organized by the St. Scholastica’s Alumni Foundation in my hometown Bacolod was a smash hit.

This charity event had the City of Smiles’ prominent residents and darlings of society, led by Jean Velez-Trebol, helping out to ensure its success.

The fun run is held every year to raise money for medical missions all over Negros province, explained Trebol before the starting gun.

Among the celebrity participants were Derek Ramsay, Korina Sanchez, Isabelle Daza and Aljur Abrenica. They were all invited by Dr. Vicki Belo.

Some 4,000 Bacolodnons happily lined up the routes of the fun run; many of them were caught in a mad rush to have selfies with the celebs.

By noontime, a select number of invitees headed to a brunch organized by Bacolod society ladies Chole Cuenca-Chua, Christine Velez-Vargas and Jarie Jalandoni, and held at Chua’s fabulous home on La Salle Avenue.

The dessert table had a fabulous spread of sugar-rush delights.

And then there was a divine-looking cake prepared by Chua’s niece, Rhea Garcia of the Cake Room, and another by Pendy’s—surprise treats for birthday boy Jojie Dingcong.

Before blowing the candles, Dingcong called his favorite nephew Miggu and nieces Caila and Allysa to join him.

It seems that a belated birthday celebration is in vogue these days, with parties being held as late as three months after the actual birth date—like what my friends planned for moi recently.

The afternoon party teemed with juicy gossip on sundry matters including fashion and politics. Dr. Elenita Binay came in late to greet moi in spite of her busy schedule.

The yummy snacks were catered, as always, by my dahling Millie Reyes of The Plaza. Too bad my favorite glazed sweet ham, kesong puti and pan de sal were not in the menu this time.

I watched with interest how two lady guests went back to the buffet table for seconds and even thirds. I asked one of them, “Don’t you eat at home?” She smiled and said, “It’s my first meal today”—and continued to dig into the dishes.

And with that, I would like to thank everyone who remembered me, three months after my real birthday. It’s not too late, n’est-ce pas?