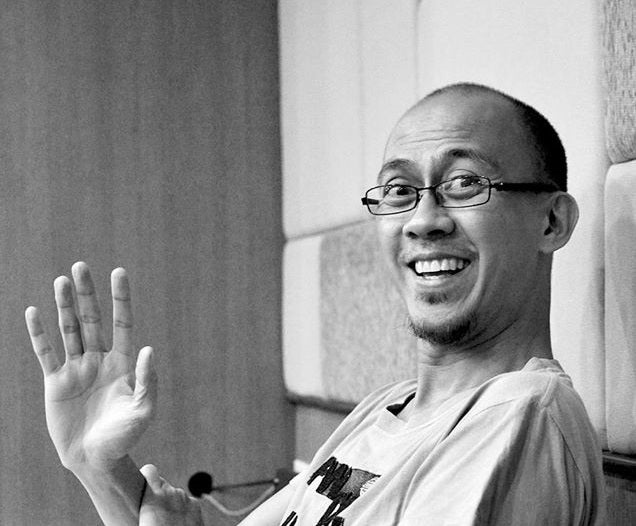 Playwright Carlo Vergara is known for the now-iconic original Filipino graphic novel character Zsa-Zsa Zaturnahh. From print, Zaturnahh’s story was recreated on the live stage and became the longest running musical—about 91 runs—in the history of contemporary theater. It was also adapted into film of the same title, headlined by Zsa Zsa Padilla and BB Gandanghari a couple of years ago.

Now Vergara is back with another masterpiece, “Kung Paano Ako Naging Leading Lady,” a full-length musical from a one-act-play and graphic novel of the same title. The new musical is brought on the live stage by Manila’s newest theater group Dalanghita Productions, in cooperation with the Philippine Educational Theater Association (Peta).

He is joined in by the artistic team behind “Zsazsa Zaturnnah ze Muzikal”. Music is composed by Vincent de Jesus, whose other credites are “Himala the Musical,” “Batang Rizal” and “Juan Tamad.” The musical is directed by Chris Martinez, whose past works include blockbuster films “I Do Bidoo Bidoo,” “Kimmy Dora” and “Temptation Island…Live!”

It is the story of two sisters named Mely and Viva who both yearn to fulfill their dreams. Their sibling relationship and rivalry becomes more complicated due to an unsettled past and a budding romance, all in the context of an ongoing war between the superhero and supervillain teams. Being a maid is tough enough, but when Mely lands a job under a group of superheroes, she steps up to the unique challenge for the sake of her family. The musical takes us through the journey of the characters as each tries to find his/her place in the world where superheroes and supervillains exist.

Vergara answers some questions that shed light on his creative process and his new work.

Artists, like in your case a playwright, and actors, in particular, typically talk about that life-changing revelation where they discover, “This is what I need to do.” Did you ever have that epiphany?

CARLO: For a very long time, I’ve never considered myself as a Writer, the kind known for artistic work. I’ve always been a PR writer, news writer, and feature writer because of my day jobs. (I did, however, write short plays for class presentations in high school.) It was only when my graphic novel Zsazsa Zaturnnah made a splash that I thought, “Maybe I can do this.”

As a young gentleman drawn in a previous career path back in your 20s, what is it that eventually pulled you into the practice and industry of playwrights and graphic novels?

In my 20s, I would be drawing comics for my writer-friends, and only started formally making my own comics when I hit 30. The Philippine comics scene was undergoing a resurgence of sorts, and I found myself in the middle of it. As far as theatre in concerned, I had been an actor (“Angels In America,” “The Lottery,” “Towards Zero,” “The Boor,” etc.) so scripts for the stage aren’t new to me. I actually entered a scriptwriting competition in the late-90s, but didn’t make the cut. I submitted “Kung Paaano Ako Naging Leading Lady” to the Virgin Labfest to just test myself.

What is it about the job that you do not love most? Hate most?

For writing plays, the best part for me is writing dialogue, perhaps because I’m coming into it from an actor’s perspective. I read all my scripts out loud (even changing my voice and accent) to make sure the lines roll off the tongue smoothly. What do I hate most? When there’s something in the story that doesn’t work and I can’t find a solution.

What are your thoughts on “Kung Paano Ako Naging Leading Lady” as a musical theater piece and the one-act play you wrote many years ago? Could you tell us what makes this musical so special?

When I wrote the one-act play, I really wanted Leading Man to have an American accent, as solid an accent as possible. When Hans Eckstein was cast for the role, and after hearing him throw lines with Kiki Baento (who played Mely) and Skyzx Labastilla (who played Viva), I found it fascinating how the acting styles from both ends of the Philippine theatre spectrum interacted on stage. I think that’s the first thing that’s special about the musical. We have actors who we mostly see in Broadway-type productions, and we have actors who we mostly see in Filipino productions. And now we get the chance to see them in one show, with songs in English, songs in Filipino, and a combination of both.

In writing and collaborating with Vince de Jesus, will you be adding or subtracting a new twist to the material which was originally a one-act play? If so, what was it like to be involved with such a uniquely different presentation of this new musical?

The original one-act play had to be shortened for the musical, but we’re keeping the most important parts. It will happen during the early part of Act Two, so we get to see everything that happened before, and the consequences after. When I wrote the first draft of the musical script, I gave suggestions where songs would be inserted, as well as what those songs would be about. Collaborating with Vince De Jesus was a breeze, and his output has been more than I could ever hope for. He gave the story a more interesting flavor.

Prepare myself? Oh, I just went for it. I had no choice. This is not really my first full-length script, so it wasn’t a complete stranger to me. I already knew what the plot was going to be. But to be safe, Pertee Briñas helped me a lot in jumpstarting the process. About 15 percent of the finished material comes from him. When I’m at rehearsals, some of the actors would approach me and ask me about their characters.

What will make a show like this so vastly different than the other shows that are being produced by other theater companies?

Apart from the superior level of talent that we have, I think the fact that it’s a superhero musical loaded with comedy, romance, and drama makes it an oddball in itself. I mean, who does that? The last time we had something like this was “Zsazsa Zaturnnah Ze Muzikal” and that opened nine years ago.

Though I don’t really actively monitor the local theatre scene, I’ve been hearing how much more vibrant it’s been for the industry. If we’re talking about Metro Manila alone with its 10 million-plus people, about twice the population of Singapore, that’s a lot of potential audiences to tap. Admittedly, theatre is premium entertainment, much more expensive than a movie, and there’s no DVD. But I’ve always believed that if a piece of entertainment is seen as really worth the ticket price, people will find a way.

If you were to direct and write a new Filipino musical, what would that be and why?

“Kung Paano Ako Naging Leading Lady” is set to open on May 7 and will run for four weekends until June 7. The show starts promptly at 8 pm (Thursday to Sunday) with matinee shows (Saturday to Sunday) at 3 pm. All performances are at the Peta Theater Center located at No. 5 Eymard Drive, New Manila, Q.C.

For bulk reservations, show buys, and inquiries, call or text at mobile number 0998-5311389 or send email to [email protected]

For tickets, please call Ticketworld at 891-9999 or via http://www.ticketworld.com.ph. TVJ