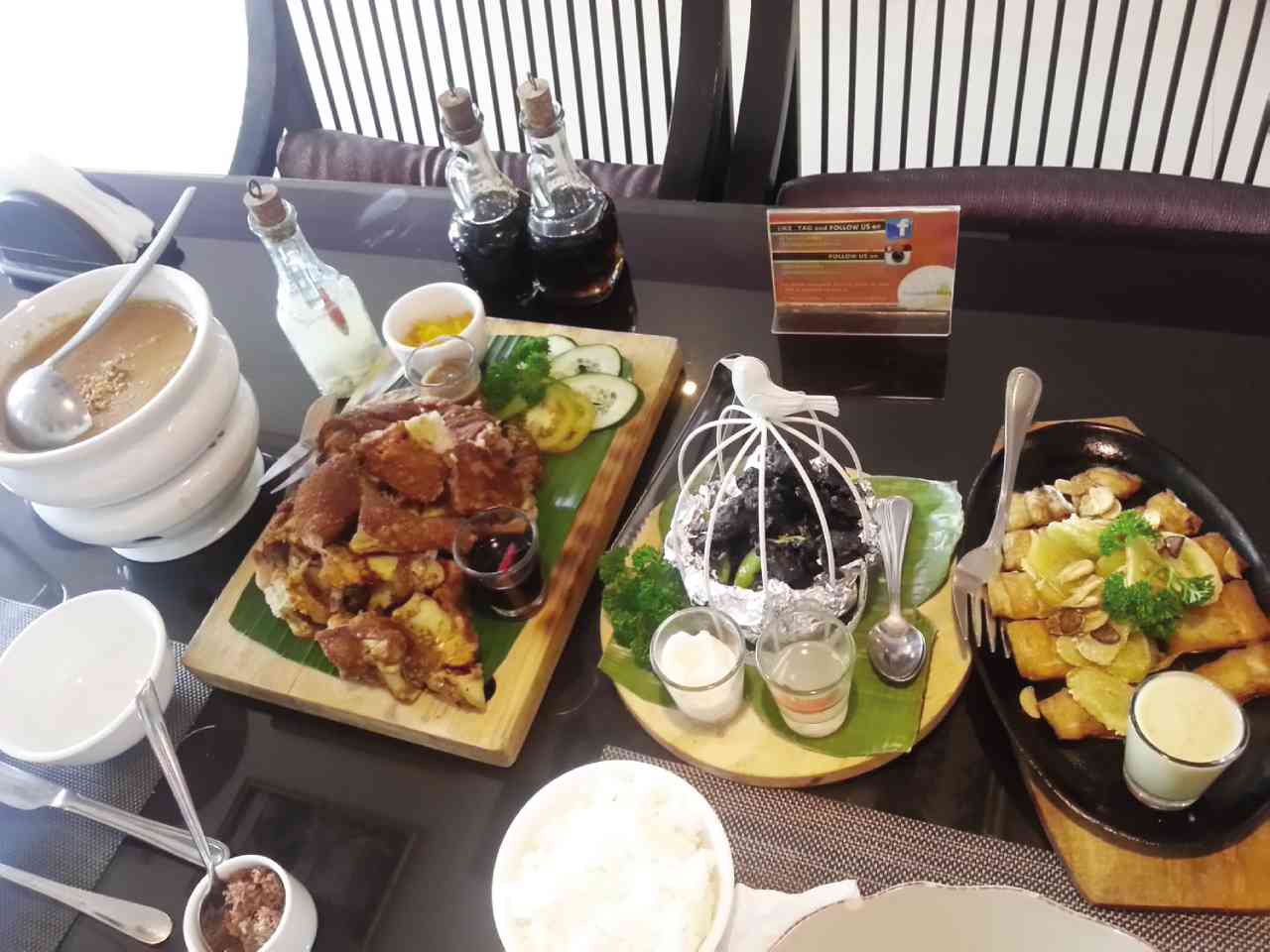 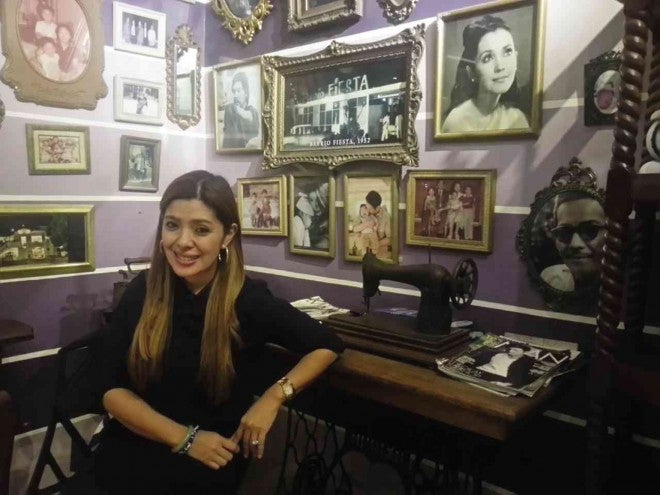 Pardon the pun, but there was a time when the catchphrase for let’s-go-have-a-drink was “golf” (gulp). These days there are nightclubs that have facilities for “beer pong,” a game in which two teams compete by throwing a ping pong ball into the opponents’ cup of beer.

We haven’t played beer pong, but it’s nice to watch it at The Deck—a new club at the second level of the G-Strip in Greenhills Shopping Center. The night we visited, a group of guys and girls was in the middle of the game, laughing out loud each time the ping pong ball missed a cup, and shouting like somebody won the lotto when a shot was made.

Canned music at The Deck that night was mostly contemporary dance and R&B hits. 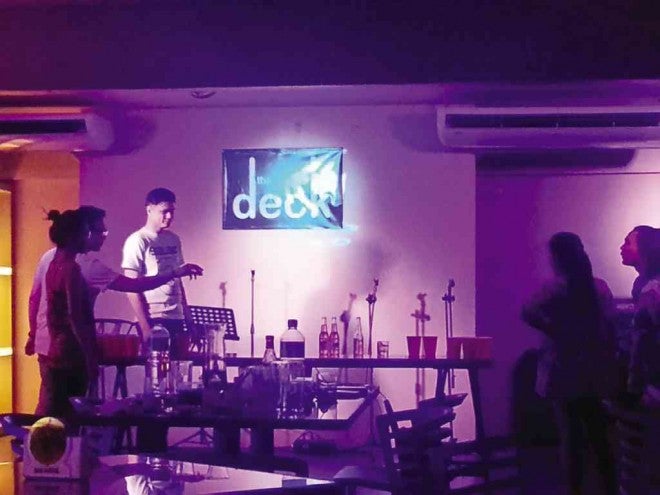 Back in the day while growing up in Malabon, we looked forward to devouring crispy pata on Sunday nights when dad would order the pork dish at Judy Ann—the restaurant whose specialty was crispy pata.

But dad would always remind us that the “original” crispy pata was born in Barrio Fiesta in nearby Caloocan. That was in the 1950s, and from there it expanded into a chain and gave birth to other Filipino food-theme restos such as Singing Cooks and Waiters—all operated by Rod Ongpauco.

One late night a few weeks ago we stopped by Pamana, a dining place in Quezon City owned by Rod’s daughter Happy Ongpauco-Tiu. It was closing time so we could order only beer, but Happy was there to tell us that her dad had given his blessing for her to take over some Barrio Fiesta branches and turn them into Pamana.

Happy is taking seriously the concept of pamana or legacy— which, in her restaurant’s case, means inheriting and continuing some of the best in Barrio Fiesta’s menu including crispy pata.

And so we tried it one early evening last week, specifying the “original” variant (garlicky and spicy are the other two). The skin was crispy enough, the meat tender, and the taste of deep-fried pork so savory that we just had to order rice to complete the meal.

But Pamana closes at 10 p.m., which makes it hard for us to rush over after late-night work. 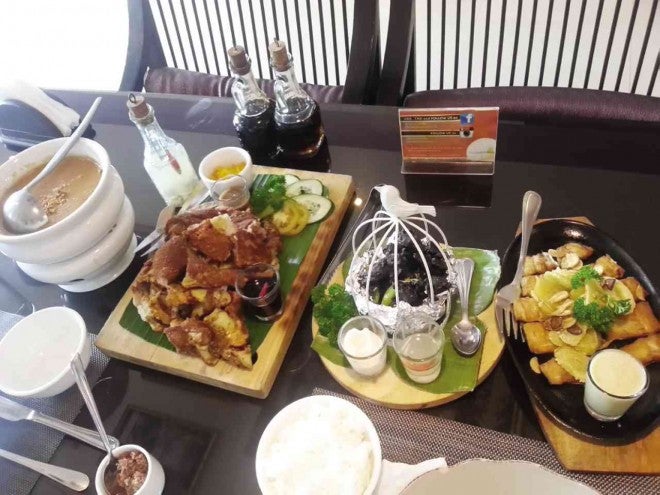 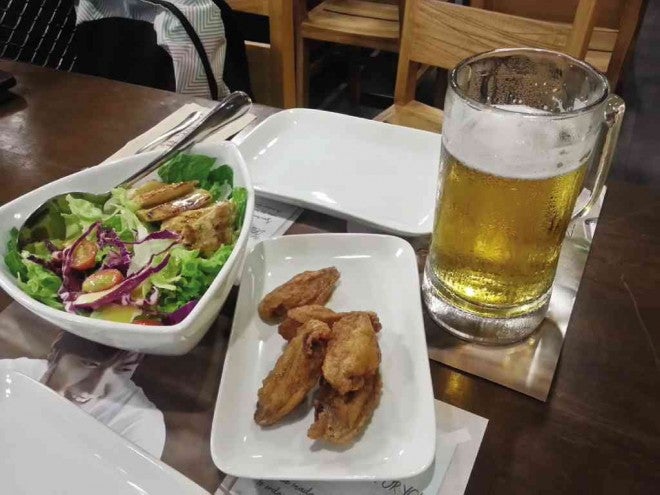 That’s the same case with the Korean fried chicken restaurant KyoChon, whose latest branch opened at the Theater Mall in Greenhills Shopping Center beside Music Museum. It was 9:55 p.m., five minutes to closing time, when we got there for a late meal of green salad and the specialty, fried chicken (wings), with draft beer.

There was something different about the way KyoChon’s chicken was prepared and cooked— perhaps it’s the marinade or the oil (canola). In any case it was almost like Southern fried chicken and went well with the draft beer.

So, we wish KyoChon can extend its operating hours, especially since there are gigs at Music Museum and Teatrino, and people would appreciate just walking over for maybe a nightcap.

KyoChon, by the way, is endorsed by Korean celebrity Lee Min Ho, who was here recently to open the Greenhills branch. 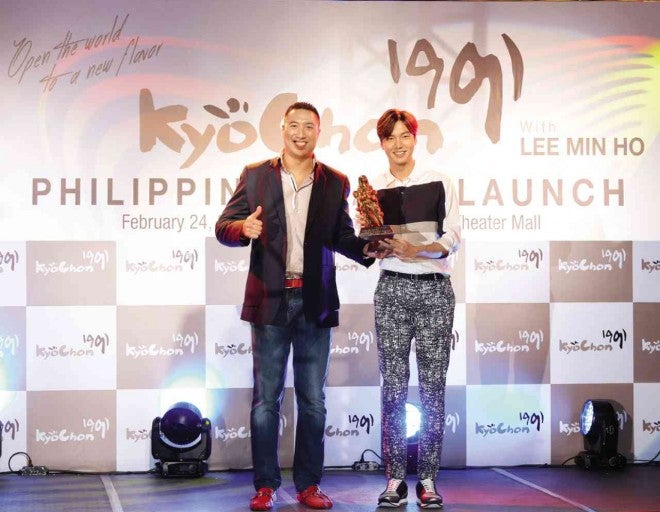