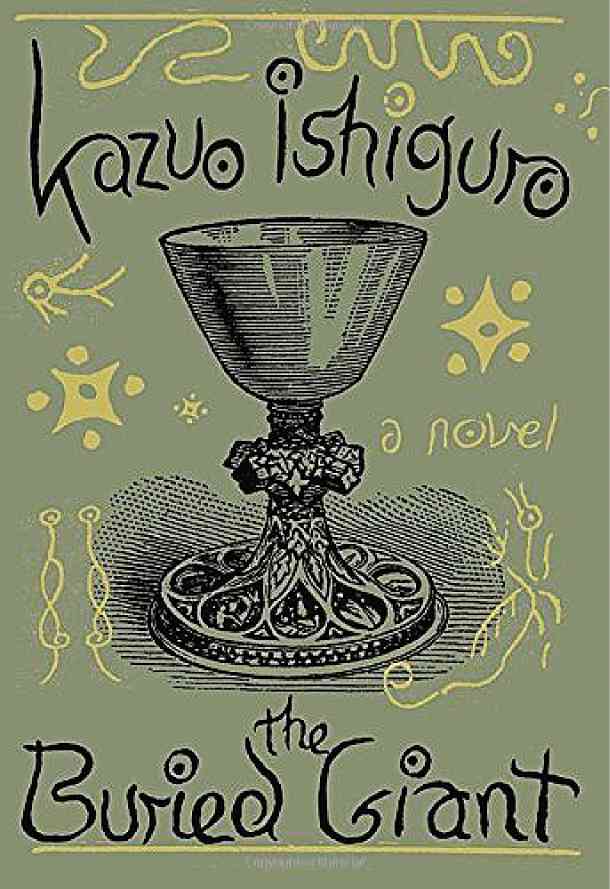 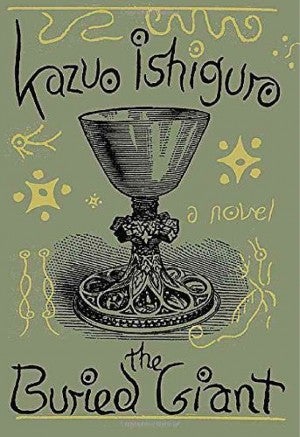 Kazuo Ishiguro knows a thing or two about complexity. Originally born in Nagasaki, Japan, the British novelist has gained a literary following for layered, meaningful work such as the Booker Prize-winning “The Remains of the Day,” a 1989 drama of manners that also chronicled an unspoken love, and 2005’s nostalgic clone saga “Never Let Me Go.” Both novels were adapted into successful motion pictures.

Ishiguro has also kept his readers guessing, as he moves from one setting to another in his books. The only thing his books have in common is their deep sadness.

This is also true of Ishiguro’s first book in a decade, “The Buried Giant: A Novel,” (Alfred A. Knopf, New York, 2015, 317 pages). Ishiguro’s seventh novel mixes history with fantasy; neither is the point of the book, because mixed in there is a deep meditation on enduring love.

In the years after the time of King Arthur, peace lingers in the ravaged land of Britain between the Briton and Saxon people. There is also a strange mist in the air, something that removes the immediate memory of the people it touches. An elderly couple, Axl and Beatrice, decide that that’s not good enough. “We don’t remember our fierce quarrels or the small moments we enjoyed and treasured,” Beatrice says. “I’m wondering if without our memories, there’s nothing for it but for our love to fade and die.”

The two set off on a classic quest and gather companions along the way, which is what usually happens when someone sets off on a quest. There is the enigmatic Saxon warrior Winstan. There is the famed but now fading knight known as Sir Gawain. There is also the boy named Edwin—who has a mysterious bite mark, caused by an ogre, the townspeople say. This is a Britain where mythical monsters are real, but suspicion and fear are even deadlier foes.

The five companions figure out that the memory-sapping mist is coming from the infamous she-dragon named Querig, and they decide to kill it in order to get their memories back. But the road to the dragon, as it always is, is full of danger, of bloodthirsty creatures (both literal and figurative) and pitfalls. The group gets separated and put back together before they figure out that the greatest threat they face is themselves.

Ishiguro makes this old idea work because he loads each character with an internal issue that is exacerbated by the magic mist. Every member of the traveling party has a secret—or even secrets—and while some of them are aware of this, others do not realize they are lying to themselves and others.

“The Buried Giant” feels more complicated than it has to be because of its sudden flashbacks, its unreliable narrators and the fluctuating tone of the book. It plods for a great deal and then rushes to its conclusion. The result then is an oddball book that seems unsure of itself, as if the mix of adventure and drama proves unwieldy.

For all the violence and the scares, “The Buried Giant” is, like “Remains” and “Never,” a romance at heart, disguised by its window-dressing. For all the big revelations as to the real nature of the mist, the book’s most valuable keepsake is the love shared by Axl and Beatrice, and by book’s end, it’s clear that their ultimate journey was the point all along.

It’s not better than Ishiguro’s other novels and not really different either, if you stop and think about it. “It’s like a tale with a happy end, when even a child knows not to fear the twists and turns before,” Beatrice says. That’s a pretty accurate characterization of Kazuo Ishiguro’s “The Buried Giant,” where the mythmaking is slaved to the more predictable, if heartfelt, workings of a love that conquers all, even ogres and dragons.