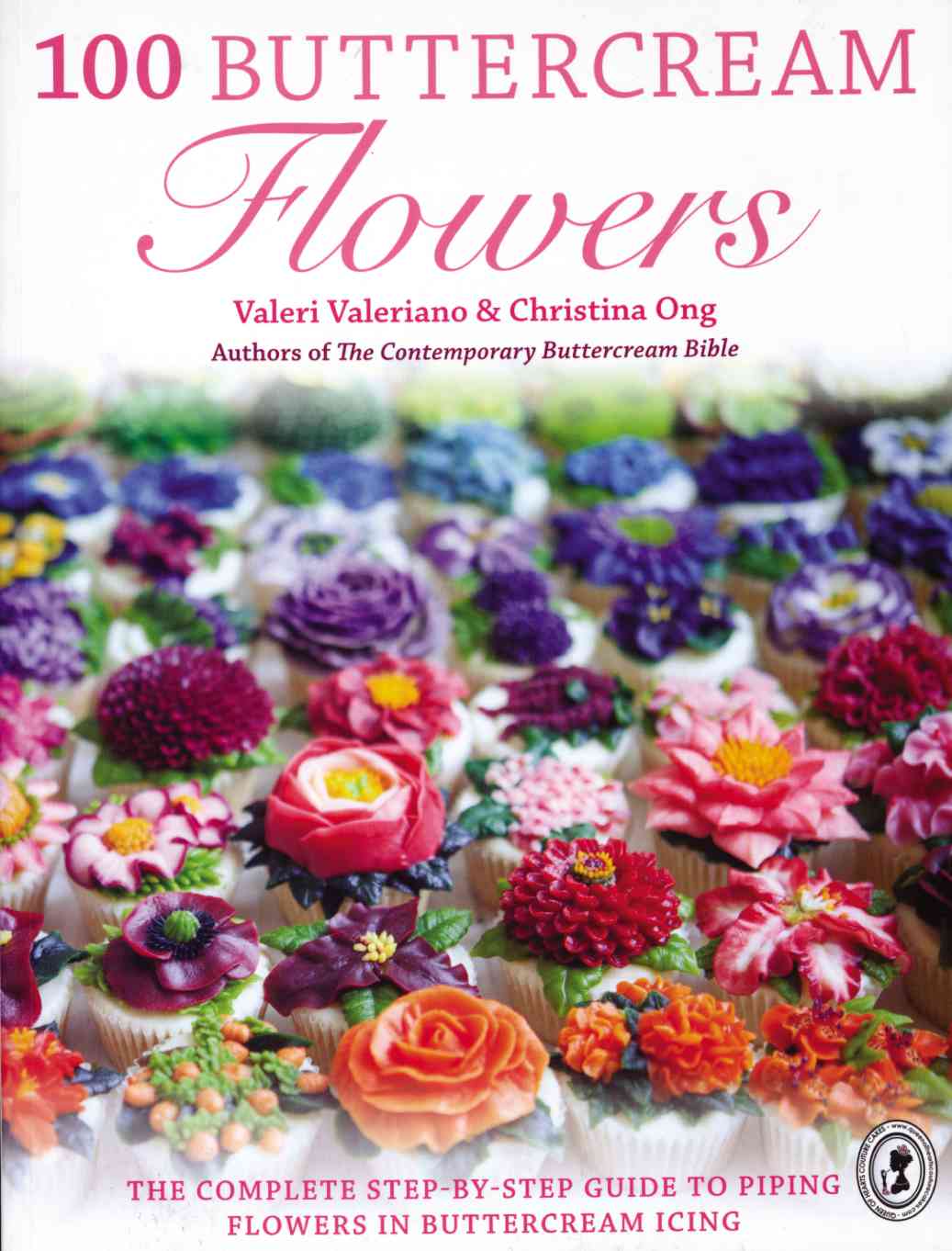 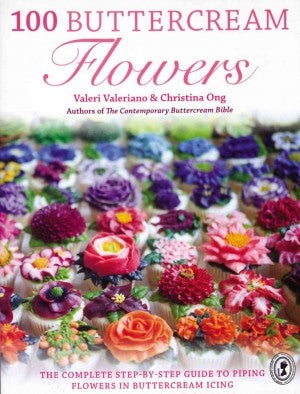 There is a nice story behind the taste-good and look-good contents of “100 Buttercream Flowers: The Complete Step-By-Step Guide to Piping Flowers in Buttercream Icing” by Valeri Valeriano and Christina Ong, published by London-based David & Charles.

Valeriano and Ong had gone from the Philippines to the United Kingdom in 2008 to gain employment in medical care when they wound up making a serendipitous discovery: They could make cakes—cupcake bouquets, to be specific. And they were very good at it.

This started them on the path to founding the flourishing business called Cake of Hearts Couture Cakes.

Since then Valeriano and Ong have gained critical acclaim for their skill in using buttercream as an artistic decorative medium for cake design, getting covered by media and invited to speak at international events.

But now they have come to spread the gospel of the buttercream flower, an integral, if intricate, part of cake decoration. “100 Buttercream Flowers” does not only live up to its title; the book also includes a basic guide to getting started in cake decoration as well as a guide to making contemporary cakes. But the book really throws the edible kitchen sink at you with its comprehensive gathering of techniques and tools.

How specific? Beyond the 100 different flowers you can make (everything from Alstroemeria to Zinnia, divided according to color), there are also sections on making edible leaves and a discussion of the equipment needed (down to the various nozzles).

The instructions for making the flowers are detailed and indeed shown step-by-step, aided by the book’s gorgeous, glossy full-color pages and slightly oversized softcover format. This also works because the cakes (particularly at the end) are stunning, and the individual flowers finely wrought. It may look like a coffee table book, but it isn’t just for show.

While “100 Buttercream Flowers” aims to be accessible to both beginners and veterans in cake decoration, the truth is that the book is quite advanced as far as illustrated techniques are concerned, and would probably be more useful for bakers and pastry chefs who already have significant experience with the basics and beyond. It’s the kind of book that can make a good cake decorator great.

Aside from its practical applications, “100 Buttercream Flowers” is also a published testament to the success and skill of two Filipino world-class buttercream artists, and Valeri Valeriano and Christina Ong prove it on every page.