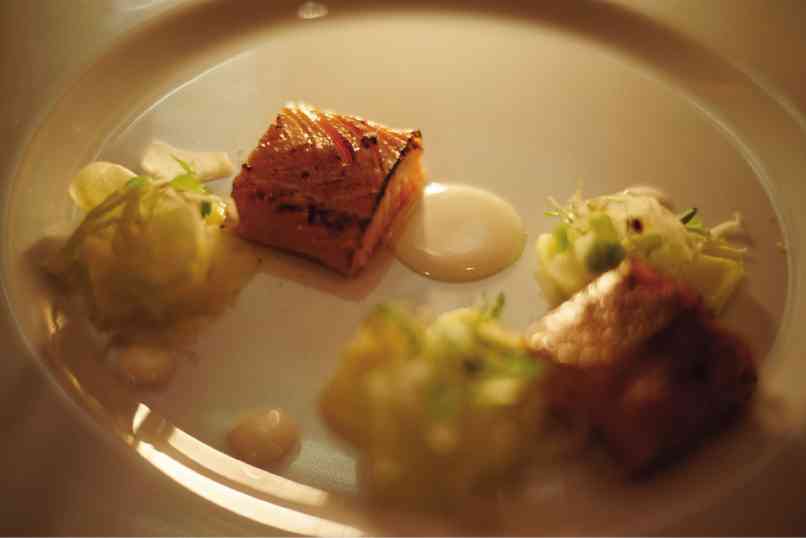 By the time you read this, the great tumult of the gastronomy congress that was Madrid Fusión Manila (MFM) will have subsided; and the organizers, participating chefs and delegates will be recovering from the exhaustion of three grueling days of cooking, eating and talking about food.

I think it’s not too early to say that, as an event, it was a success. But enough time has also passed to address some of the issues it has raised.

In just a few years, the country has gone from individual chefs running their restaurants and being passing acquaintances in the industry to actually having a culinary scene. Although MFM proudly states that its mission is that of promoting the local, the unspoken flip side is that it is selling it to the foreign.

MFM was carried through with professionalism because it’s a flagship project of the Department of Tourism. There is absolutely nothing wrong with this. Just as having guests over to the house is often the best impetus to do some panicked cleaning and tidying up; the pressure of presenting our cuisine to a foreign audience has mobilized and coalesced local chefs in an unprecedented manner.

The problem with going from everyone minding their own business and stirring their own little pots to getting together and participating in one big gathering is the inevitable bruised egos, splitting into factions, inclusion and exclusion.

As I understand it, not everyone who should have been there made it. This is inevitable with gatherings of this sort, though, and I have faith that some notable omissions will be resolved by organizers of similar events in the future.

From the point of view of the public who wanted to attend, there were complaints that the entrance fee of P16,000 was too steep. I know nothing about the culinary world’s politics, but I feel that the symposium could have been more accessible.

Apart from that, the event was better organized and well-run than many gastronomy or culinary conferences I have attended, even those which have been running for many years.

But the best parts of the conference took place, as they often do, outside the walls of the plenary hall itself. In this case the highlight were the “four hands” dinners—local chefs collaborated with the visiting chefs.

On Saturday night at least three of these dinners were going on at different venues around town, and all seats were sold out.

Fores had been kind enough to invite me and my wife to her dinner at Fairmont Makati; I thought that her pairing off with Roncero, who had similarly numerous and diverse establishments, and whose constant reiteration during his talk that one must “work, work, work,” was an inspired one.

I don’t know what format the other collaborations followed, but rather than having four hands playing at once, Fores and Roncero took turns on the menu. Though they didn’t sign off on their creations, it was quite evident who had cooked what.

It worked surprisingly well; everything was flavorful, inventive and sophisticated, from the opening of low-temperature cooked salmon with cucumbers and pineapple, to a lamb shank ravioli, followed by diwal (angels’ wings) with scallops and duck breast with ash for the main courses, to an intriguing dessert of ube, coconut, tomato compote, on a slab of watermelon (at this point I was a bit tipsy and too full of bonhomie to do a proper forensic analysis of the flavors).

But the meal was a brilliant performance from both parties.

A chef’s life can be claustrophobic—working in the kitchen for most of the sociable hours of the day, unable to travel for inspiration, and constantly looking over one’s shoulder at the competition. The greatest thing about MFM was that it got everyone out of the kitchen and talking to one another; also, collaborative dinners are great venues for chefs to learn from one another.

A national cuisine is invented and doesn’t just emerge spontaneously. The French and the Chinese did it first in palace kitchens. For Thailand and Turkey, it was a matter of bricolage from the remnants of the Ayutthaya and Ottoman court cuisines. India’s emerged when its local and diasporic writers wrote cookbooks that unified the immensely varied foodways of the subcontinent under an invented cohesion.

This is why I have no objections to the unconcealed motive of the Departments of Tourism and Agriculture in attempting to slick up Filipino cooking for a global audience (though I still cringe at the idea that our chefs have to prove themselves “world class”). In the process of marketing an idea known as “Philippine cuisine,” we may yet end up creating it.