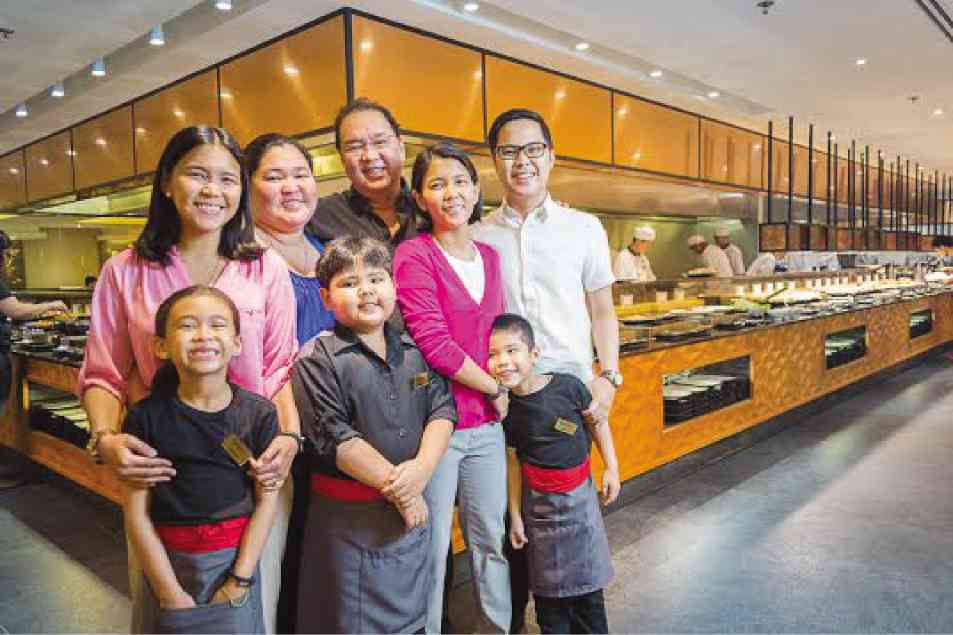 The announcement had just been made on Facebook, but when restaurateur Vicvic Villavicencio recently opened a new Sambo Kojin branch at SM Megamall, the queue had snaked down the mall’s corridors.

“People had lined up as early as 9 a.m. when they found out we were offering a 50-percent discount on our buffet for the first three days. We weren’t sure how it happened since the mall opens at 10,” said Victor Constantino “Bokie” Villavicencio, Vicvic’s son and brand head of Sambo Kojin.

In any case it looks like the veteran restaurateur family has a winner on its hands.

On Monday (April 27), they rolled out a new weekday-only promo called Beat the Clock in which guests who vacate their tables by 12:15 p.m. or 7 p.m. get P100 off the buffet price. Those who “beat the clock” will pay just P549 instead of P649 for lunch, and P649 instead of P749 for dinner. The promo which kicked off at the Megamall branch will also be rolled out to the other Sambo Kojin outlets.

“If it proves popular with guests, we might do the same at Dads World Buffet,” Vicvic said.

Gazing at the tables full of friends and families cooking and bonding over a hearty meal, one can imagine how the restaurant concept came about. 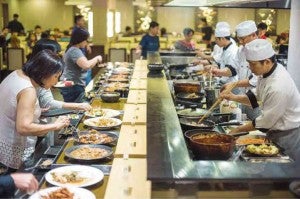 “When we were kids, we would grill marinated meat and seafood on a tabletop grill. We wanted to recreate the experience in a restaurant setup but without the smoke,” Bokie said. They found a supplier for smokeless grills and tweaked the concept to appeal to diners.

Sambo Kojin’s new branch at SM Megamall is the result of what Vicvic learned from over 20 years of handling buffet-style restaurants.

Upon entry, diners are led to the table with a built-in grill. They can head straight to the buffet tables and choose from a selection of raw, marinated meats and seafood, hot cooked dishes and desserts.

The difference is, at this sprawling branch that can seat up to 500 people, 90 percent of the food is prepared in plain view of guests. This includes the slicing of vegetables, meat and fish, and cooking and plating them.

“We want to show them that we have nothing to hide when it comes to the freshness of the ingredients we use,” Bokie said.

His sister Mara, who manages the dessert section and is brand head at Dads World Buffet, sees to it that all 13 of the dessert staff performs their duties where guests can see them. Here, fruit is peeled and sliced, and cakes are baked and

“What we offer guests at Sambo Kojin is a premium buffet but without the luxury price. We’re willing to take smaller margins as long as we satisfy our guests,” Vicvic said.