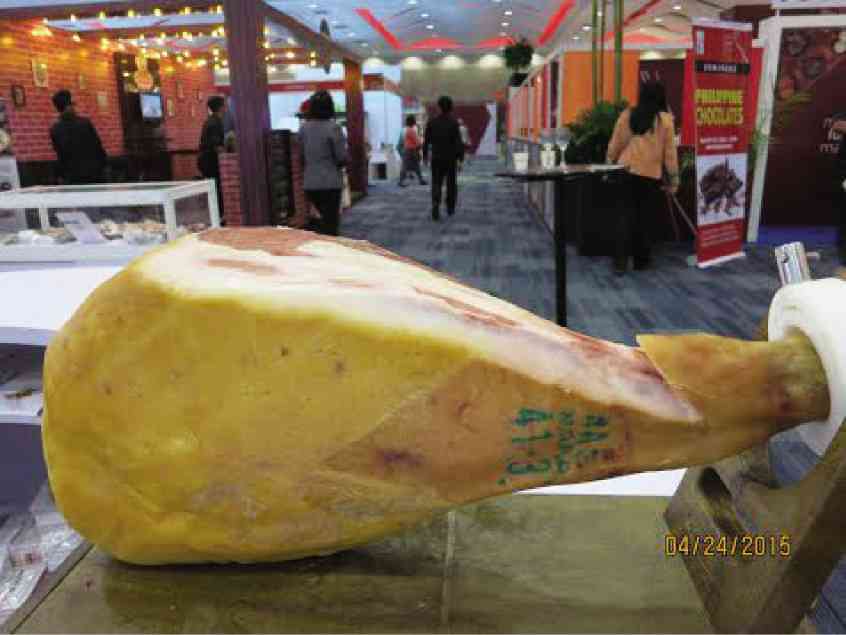 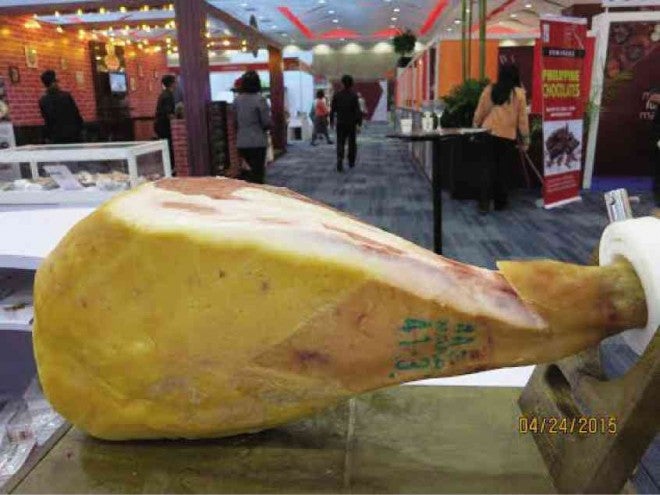 Thanks to the recent Madrid Fusión Manila, it’s been an exciting week of delicious food and culinary discoveries. Stellar chefs from Spain such as Elena Arzak, Andoni Luis Aduriz, Quique Dacosta, Ramon Freixa, Francis Paniego, Paco Roncero, Mario Sandoval and Paco Torreblanca talked about gastronomic trends, the use of Spanish food products like olive oil and Jamon Serrano, creativity in the kitchen, the many facets of rice, Spanish marinades and offals, and the science of roasts, among other topics.

From other Asian countries came Alvin Leung from Hong Kong and Andre Chiang from Singapore, as well as some of our very own Filipino chefs. J. Gamboa of Cirkulo and Milky Way restaurants brought the concept of nose-to-tail eating to life with his demonstration of how every part of a pig or cow can be part of a dish. Thus ox tongue becomes Lengua Sevillana, ox tail, when braised in red wine, turns into rabo de toro, pig’s head becomes sisig, and pig hocks can be turned into crispy pata.

On the other hand, Claude Tayag talked about adobo and its many variations while Bruce Ricketts showed the use of local seasonal ingredients.

There were, in fact, so many events and tastings that delegates were spoiled for choice.

Even before the congress started, restaurants were hosting special dinners revolving around Spanish food and wine. At Terry’s Bistro in Salcedo, Consejo Regulador of the Denomination Brandy de Jerez held a special dinner that paired sherry wines and brandies from Jerez with the cuisine of chef Juan Carlos de Terry.

For its part, the day before the congress, the Tourist Office of Spain hosted a breakfast presentation in Tapenade, Discovery Primea’s Mediterranean inspired restaurant. Before an audience of media people and travel agents, a video showing pastoral scenery of Spain interspersed with cooking stations and mouthwatering stills of traditional dishes such as callos, churros and fideua.

Spanish food is very straightforward, said Vien Cortes, market analyst of the Tourist Office of Spain based in Singapore. Basically it’s olive oil and garlic, yet it is this simplicity that makes a tortilla de patatas or pescado a la plancha so delicious. Cortes also traced the affinity between Spanish and Filipino dishes. The Spanish cochinillo, for instance, has become the Filipino lechon, and the dessert arroz con leche evolved into our very own champorado.

Among the regional lunches served during the congress, we managed to partake of Visayan specialties lovingly prepared by Glenda Barretto and her Via Mare team. On the long buffet table was a tantalizing spread of classic dishes in petite portions, just right for quick bites for the delegates, including pancit molo in dainty cups, ukoy cooked into triangular shapes served with a vinegar dip, bite-size portions of hearts of palm spring roll (lumpiang ubod) arranged in Chinese soup spoons, chicken inasal on cocktail sticks and bibingkang galapong.

Others contributed to the buffet as well. Joel Binamira, owner of Zubuchon restaurants in Cebu and known for his popular blog www.marketmanila.com, prepared a tangy kinilaw dish served on fish skin turned into crispy chicharon.

There were also fat, juicy oysters, buttery silvanas from Dumaguete and mussel chips with sofrito dip from Samar.

Another event we attended was the cooking demonstration sponsored by InterPorc, an umbrella organization of Spain’s pork industry. Pork, being part of Spanish history and culture, plays a great role in Spanish cuisine, said InterPorc executive director José Ramon Godoy. With 22 million euros turnover in 2014, pork is the fourth largest industry sector in Spain. After master ham carver Ricardo Rojas showed how to carve paper-thin slices of Jamon Serrano, Michelin star chef Kisko Garcia demonstrated how to cook a dish incorporating Jamon Serrano into a rice dish with pork ribs.

And speaking of Jamon Serrano, this exquisite ham is a jewel of Spanish gastronomy. Salted, dry-cured and aged in temperature-controlled sheds, Jamon Serrano is prized for its delicate flavor.

In the Philippines, a number of specialty shops and supermarkets sell Jamon Serrano by the gram. It’s therefore possible to have a taste of this delightful ham without having to buy a whole leg of it.

Here are some suggestions for serving Jamon Serrano:

Thread the ham on cocktail skewers and serve as hors d’oeuvres.

Wind the ham in spirals onto bread sticks. Great for breakfast, cocktails, and even as baon.

Make pizza taste even better by scattering generous slivers of Jamon Serrano on top. For best results, bake the pizza first, then add the Jamon Serrano.

Enhance your pasta by incorporating slices of Jamon Serrano into the sauce.

Top crackers and toasted baguettes with Jamon Serrano and slices of tomatoes.

Add Spanish flavor to pancit molo by stirring some Jamon Serrano into the soup just before serving.