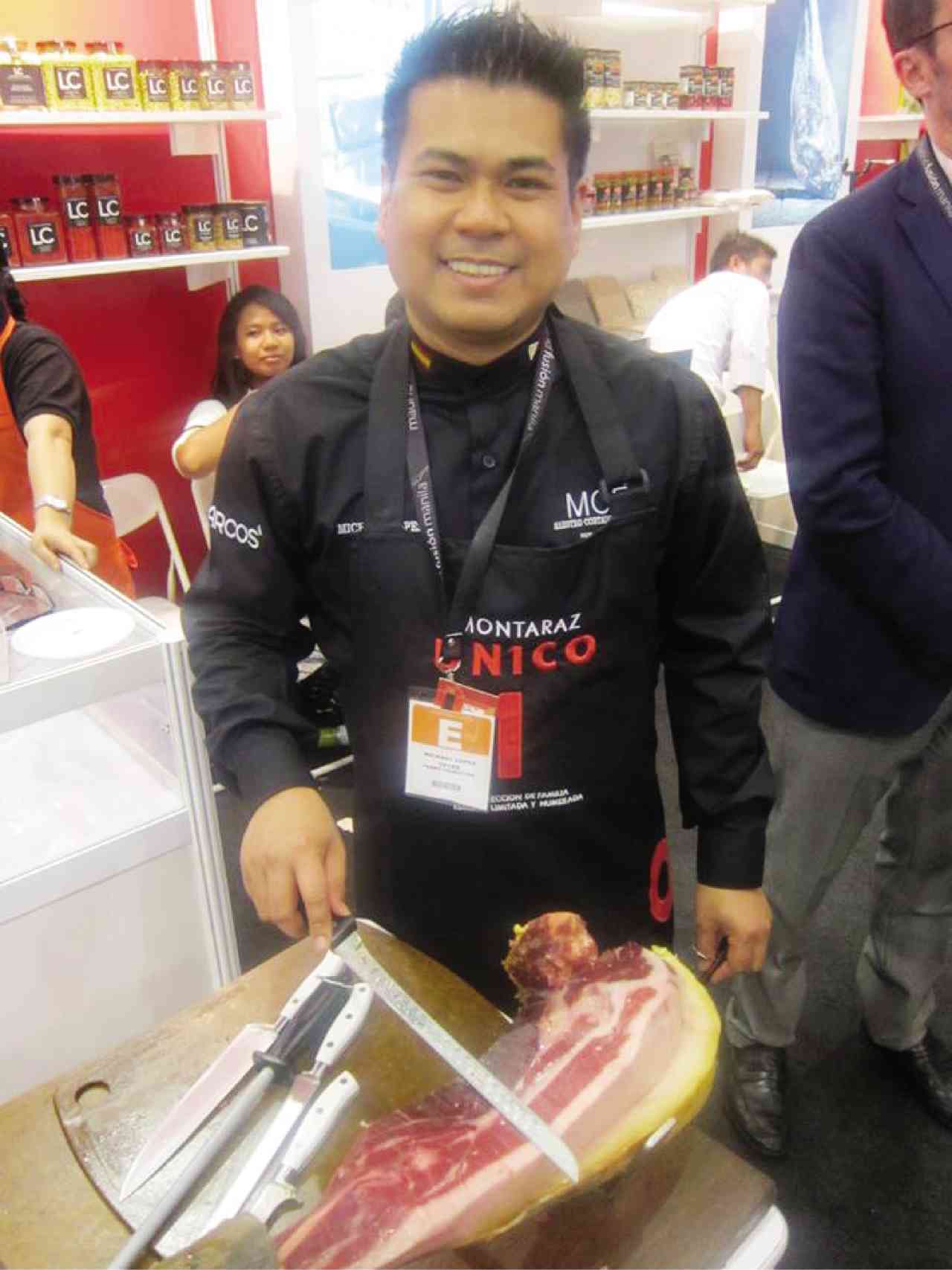 Madrid Fusión Manila (MFM) at the SMX Convention Center may have ended a few days ago, but the excitement has yet to wane. Organizers are hoping the landmark event will translate to higher tourist arrivals.

On Sunday afternoon, it was SRO in the hall where Spanish chocolatier and author Paco Torreblanca gave a talk on his early experiments with cocoa and different spices. Non-Spanish-speaking attendees listened to the simultaneous translation on headphones handed out prior to the talk.

At the trade exhibition next door, walk-ins who forked over the P500 admission fee got the chance to sample Spanish delicacies like wine and ham, and Filipino favorites like rice cakes and fruit preserves.

At one of the Spanish stalls, a professional ham carver shaved off paper-thin slices of Iberico ham. What was more surprising was the carver is a Filipino based in Madrid.

Michael Lopez Teves told Inquirer Lifestyle that he developed his skill from a number of master carvers. “I watched, learned and took note of what I could use to further my skills,” he said.

Teves said there are several ways to get the job done but the most important thing is to get the most meat from each leg of this expensive ham. “By now I’ve probably sliced thousands of Iberico ham,” he noted.

In several videos on YouTube, Teves deftly slices away the ham’s exterior, setting the scraps apart for later use. Only then does he begin shaving off salty morsels of the pink and red meat flecked with white fat.

For MFM, he said he was flown in, “all expenses paid,” simply to demonstrate how to professionally carve Iberico ham.

Apparently, much thought and expense went into some of the stalls like those of the Mama Sita and Holy Carabao brands, and the province of Naga.

At Mama Sita, its range of sauces and condiments was artfully arranged, while the fresh produce at Holy Carabao was labeled and placed in wooden crates and clear glass jars.

The Naga stall was made to look like a bahay na bato with wide-open windows on all sides that one could peer into or out of.