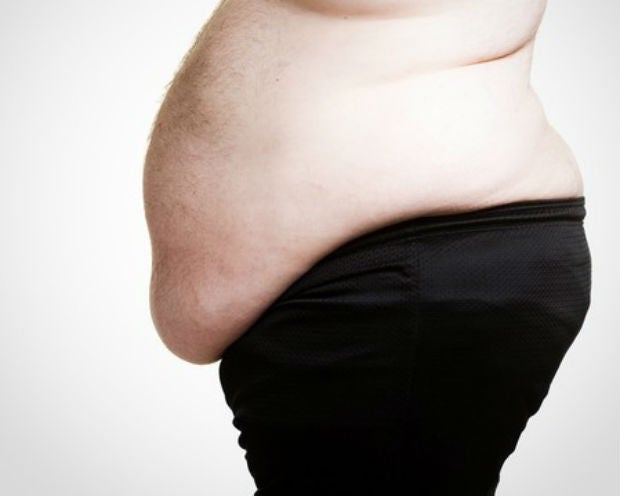 PARIS–Nearly all Irish adults are likely to be overweight in 15 years’ time, said a study Wednesday that warned of a European “obesity crisis of enormous proportions”.

On current trends, some 89 percent of Irish men will be overweight by 2030, and nearly half obese, said a World Health Organization study to be presented at a European Congress on Obesity in Prague.

READ: WHO declares war on hidden sugars in fight against obesity

This was up from 74 percent overweight, and 26 percent obese in 2010 in one of Europe’s fattest nations.

The growing numbers of overweight and obese people are a growing cause of disease and disability around the world.

“Even in countries with a traditionally lower prevalence of obesity such as Sweden, obesity rates are predicted to rise sharply,” the congress report said.

Over a quarter of Swedish men will be obese by 2030, and 22 percent of women.

People with a BMI (body weight index, a ratio of weight to height) of 25 and higher are classified overweight, and 30 and over obese.

Sixty-four percent of UK women and 74 percent of men will be overweight in 2030.

“Overall, the data show no evidence of a plateau in adult obesity in most countries,” said the statement.

Other countries with projected steep rises in obesity over this period include Greece, Spain, Austria and the Czech Republic, according to the study of 53 countries.

An estimated 77 percent of Greek men are predicted to be overweight by 2030 and 67 percent of women, and the proportion of obese men and women will more than double from 20 percent to about 40 percent.

For Spain, obesity in women is set to rise from 16 percent in 2010 to 21 percent in 2030, and in men from 19 percent to 36 percent, said the statement issued by congress organizers.

About 37 percent of women in the Czech Republic, hosting the gathering, will be obese by 2030 and 36 percent of men.

The Dutch are the thinnest of the lot, according to the study.

About 49 percent of men will be overweight and eight percent obese by 2030, compared to 54 percent and 10 percent in 2010. For women, overweight rates will remain stable at around 43/44 percent, while obesity is likely to drop from 13 percent to nine percent.

A study last November by the McKinsey Global Institute said more than 2.1 billion people globally — nearly 30 percent of the world population — are now overweight or obese.

Obesity was causing about five percent of all deaths worldwide, it said, and costing the global economy $2 trillion (1.8 trillion Euros) in healthcare and lost productivity — or 2.8 percent of global GDP.