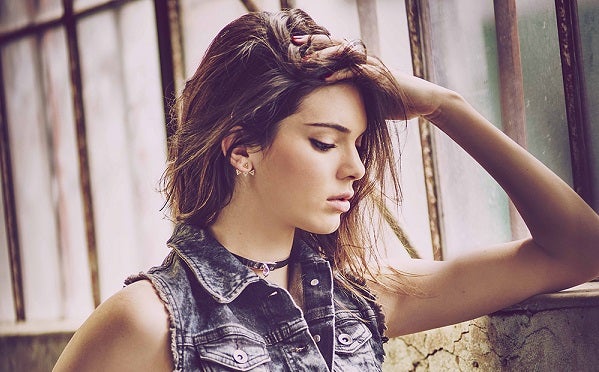 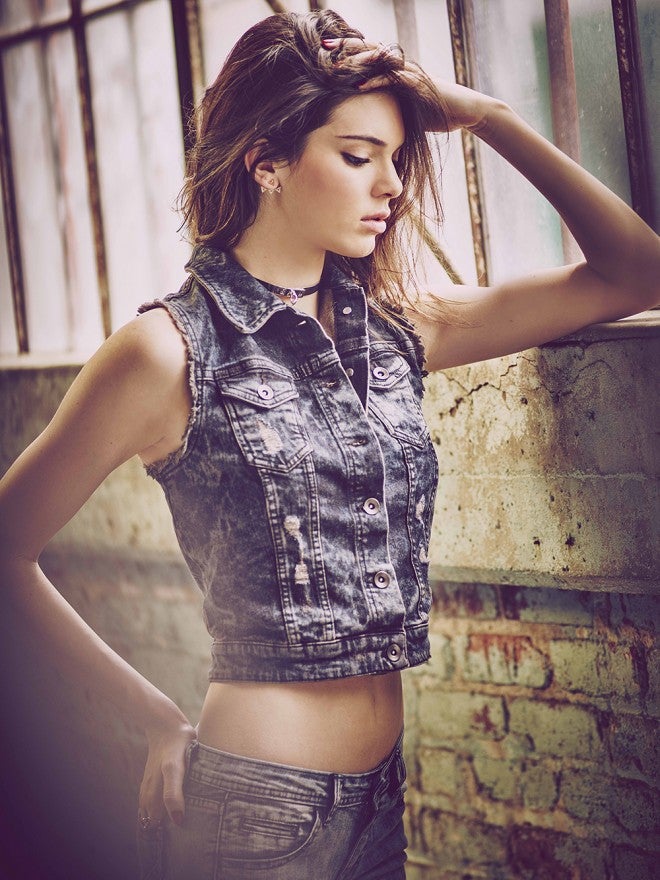 Penshoppe just unveiled Kendall Jenner as their newest endorser in a series of posts on social media and the response from fans has been immense. “The type of support they’re showing Penshoppe and Kendall has been overwhelming,” said Jeff Bascon, Penshoppe’s brand director.

On her brother Rob’s birthday in March, Kendall found herself in a studio on Avalon Boulevard in Los Angeles, shooting her campaign for Penshoppe. “I’m going to see him later,” she said, smiling.

As the camera man was setting up for our interview, we talked to Kendall about the mobile game she was launching with her sister Kylie, which she announced on Twitter the day before the shoot. Asked if she gets to choose the clothes her app alter ego will get to wear, she said, “They were fun to pick out. They’re clothes we’ve actually worn in real life but we picked from what we’ve loved.”

Kendall grew up before the world’s eyes, with people tuning in to see her family’s reality TV show Keeping Up with the Kardashians (and its numerous spin-offs) week after week for ten seasons now.

But television stardom was never her big dream. Her heart always beat for fashion. Kendall, who called supermodels her superheroes when she was a young girl, has now cemented her place on the runway, on billboards and in fashion magazines.

Kendall is Penshoppe’s newest ambassador, joining top models Sean O’Pry, who was in the country last month for Penshoppe’s Denimlab fashion show and a meet and greet with fans, and Cara Delevingne.

Jeff said, “Penshoppe, being an international fashion brand, is now being endorsed by the three biggest names in fashion. And it’s not just the endorsers, the merchandise collections you see in stores are on-point and on-trend. Penshoppe speaks fashion.”

On top of their 300 stores in the Philippines, Penshoppe has opened around 50 stores around the world including Indonesia, Cambodia, Saudi Arabia, United Arab Emirates and Bahrain. Golden ABC CEO Bernie Liu said, “It’s good that the world’s best are going to the Philippines but we’re bringing the Philippines’ best to the world.”

In keeping with this theme, there were boxes of R&M’s chocolate-dipped dried mangoes on the table that the Lius had brought for the people at the shoot. It’s fitting—after all, Penshoppe traces its roots to Cebu where R&M also comes from. “It’s mango diplomacy,” Bernie joked. “Everybody loves our mango.”

Photographer Guy Aroch, who is shooting Kendall for the campaign, and who also shot Sean for Penshoppe, is a big fan. “Where are the mangoes?” he called out between layouts before ripping a box open.

We ask him how the shoot is going. “Amazeballs. I can say that because it’s an official word now. It was really good. It was a lot of work but she is really great. I quite like the denim story. I love the car. I’m more into the cinematic photographs, I feel like there were a lot of great moments.”

Guy was also all praises for Team Penshoppe. “It’s such a great team. I work with a lot of companies. They really know how to do it. They do it super professional, they allow freedom for creativity to all parties and they do it all with a smile. You don’t really come by that that often. They really know what they’re doing. It’s really awesome.”

Stylist Simone Harouche, who has worked with Miley Cyrus for years and has also dressed Nicole Richie, Jennifer Lopez and Christina Aguilera, also appreciates the freedom Penshoppe gave her. “They’re been awesome. They’re really cool and let me just do my thing and be creative and have fun. It’s been great.”

Simone, like a number of other women at the shoot, was obsessing over a pair of army-colored Penshoppe pants with suspenders. They will get their own as soon as the collection is out. Jeff said, “I have a list of names of people who will receive those pants. It looked amazing on Kendall.”

The shoot’s team loved the clothes. “How much does it cost? Does it come in my size?” we heard one woman ask.

It was such a relaxed set. Everything flowed smoothly. Upbeat music played and Kendall worked her magic in front of the camera, posing and playing with props. Golden ABC’s Kat Reyes documented the shoot too with Instax photos. When each layout was done, as men swept up the props and Guy and Team Penshoppe gathered around the computer to review the shots, Kendall would head back to the dressing room with Simone and celebrity makeup artist Sabrina Bedrani to be prepped again. “I really liked the way she looks,” Guy said, while staring at the screen. Sometimes, Kendall would stand behind him, grinning while looking at the photos she just shot.

On the snacks table just a few feet away are bags of lollipops, which, according to Kendall, is something she can’t live without.

At one point, we asked Kendall, “Do you realize how big your fan base is in the Philippines?”

Jeff said, “It was such a delight working with Kendall… and Guy gets the brand, he understands our vision. This is why you just feel this great energy on set, (we’re) working with a pool of very talented people.”

When the shoot was over, everyone applauded.

Pick up a copy of Inquirer on Friday to get a bigger dose of Kendall Jenner and read our exclusive interview about fashion, fame, her family and her friendship with Cara Delevingne.