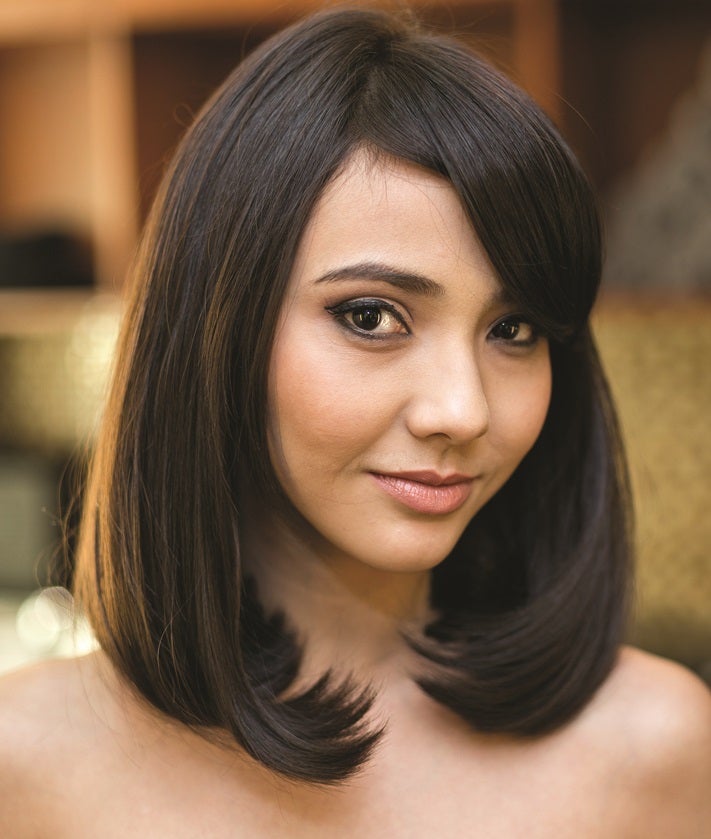 Neat, straight hair for those who like it dark

When a football player opens a hair salon . . .

There’s a “secret” salon in Makati that lets you have sexy hair while enjoying steak and truffle-mushroom pasta, or even cocktails come happy hour.

It’s off the road and tricky to find, but promises privacy and “premier” service.

To get to Z Salon in Paseo de Magallanes commercial complex, Makati, one has to pass by a bar that has no signage. With the “Z” marker outside, one would not suspect that a nameless bar leads to a five-seat hair salon owned by—another surprise—professional football player Selu Lozano, midfielder for Stallion FC.

Lozano says he initially wanted to have just the bar, but the salon idea came after talking to his longtime stylist Ziggy Hermosura, the person behind the name “Z.”

Since Z Salon opened in 2014, guests have been mostly Hermosura’s loyal clients from his previous stints in other shops.

He trained at Vidal Sassoon and Toni&Guy in London, and is known for his wash-and-wear cuts for men and women, and hair color that matches one’s skin tone.

“There’s always a consultation before a haircut. I talk to the client to find out which style and color are best for him or her,” Hermosura says.

For summer, he says there are two key hairstyles for women: the bouncy beach waves, and the short pixie, both done in golden blonde, dark blonde or ash blond with highlights of blonde copper and gold. Dark hair is OK, too, as some people look younger with it.

For these, he uses L’Oreal products such as Majiblond, Majirel, Majilift to achieve the perfect shades, and Inoa to cover gray hair.

To achieve the seductive “beach waves” ’do that complements summer skin, he recommends a treatment called “air perm.”

“Air perm makes use of lightweight aluminum rods which are connected to a blow-dryer. Unlike digital perm that takes a while, air perm takes only 30 minutes for shoulder-length hair, and the curls last long,” he explains.

For men, the pompadour cut with shaved sides are still on trend. This is better done without color, but can be had with ash-gold highlights and dark-brown lowlights to soften the look.

Z Salon does quality hair styling in a chic setting. Beauty has a price, and quality even more so. A haircut with Hermosura costs P1,600.

“The most common mistake people do is coloring their hair at home, thinking they will achieve the color that’s on the box,” he says. “They end up with ‘root glow’ or awkward lighter roots because of improper application. Our scalp has natural heat, and if you apply color there, it gets lighter faster than the ends.”

He reminds women to tie their hair up while swimming and avoiding saltwater when possible.

He also stresses the importance of maintenance treatments, and using products such as Kérastase Hair Masque and its line of paraben-free shampoo and conditioners made for colored hair.

“People come to me with a magazine and ask me to do the exact same hair, and I have to explain to them that it took a lot of people to create that seemingly effortless look, and you have to fix your hair well to achieve that,” says Hermosura.

As for dyeing the eyebrows to match the hair, Hermosura says it’s OK but not necessary.

“We wash the face often so the eyebrow color fades faster. One may use instead a hair mascara on the eyebrows so it doesn’t look harsh,” he points out.

By the way, Z Salon serves dessert, coffee and beer, which might just be a come-on for boyfriends and husbands who get tired of waiting for their girls to get their hair done.