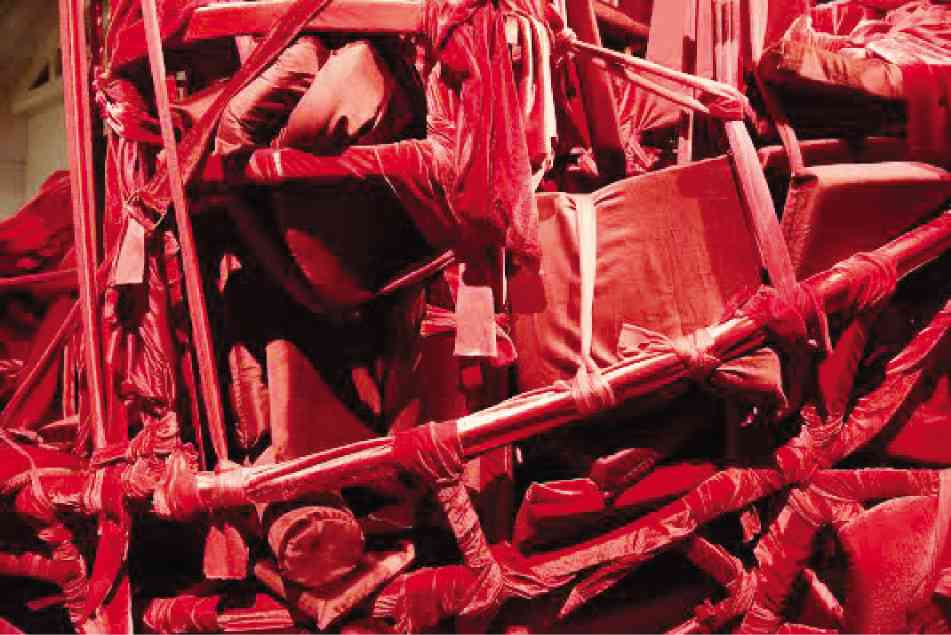 VENICE, Italy—The Philippine pavilion of the 56th International Art Exhibition or La Biennale di Venezia happening here until November is now on two lists of must-see national pavilions not to be missed by both critics and art lovers.

Sen. Loren Legarda told Manila-based reporters that arts auction house Christie’s and the UK-based a-n The Artists Information Company, a group that supports contemporary visual arts in Europe, have both singled out the Philippine pavilion housed in Palazzo Mora, a historic building owned in succession by prominent Italian families in centuries past.

The Christie’s-The Art People website called the Philippine exhibit “a poetic and political reflection on the history of world making, the links between geography and politics, and the notions of nation, territory and archipelago.”

The quote was actually lifted from a statement made by Patrick Flores, professor of art history, theory and criticism at the University of the Philippines Diliman, who was chosen as art curator of the Philippine pavilion by a group of Filipino and foreign jurors last September.

Christie’s noted that it has been five decades since the Philippines last took part in a Venice Biennale.

It referred to 1964 when the Art Association of the Philippines pooled private funds to send multimedia artist and painter Jose Joya and sculptor Napoleon V. Abueva to Venice.

It was American artist Robert Rauschenberg who took home the Gran Premio then for a Pop Art entry.

Flores conceptualized the theme “Tie A String Around the World,” a title taken from the 1950’s Filipino movie “Genghis Khan,” directed by Manuel Conde and cowritten by Carlos “Botong” Francisco who would later be declared national artist.

Francisco also played a key role in the production design of the movie that played and received mixed reviews in the 1962 Venice Film Festival.