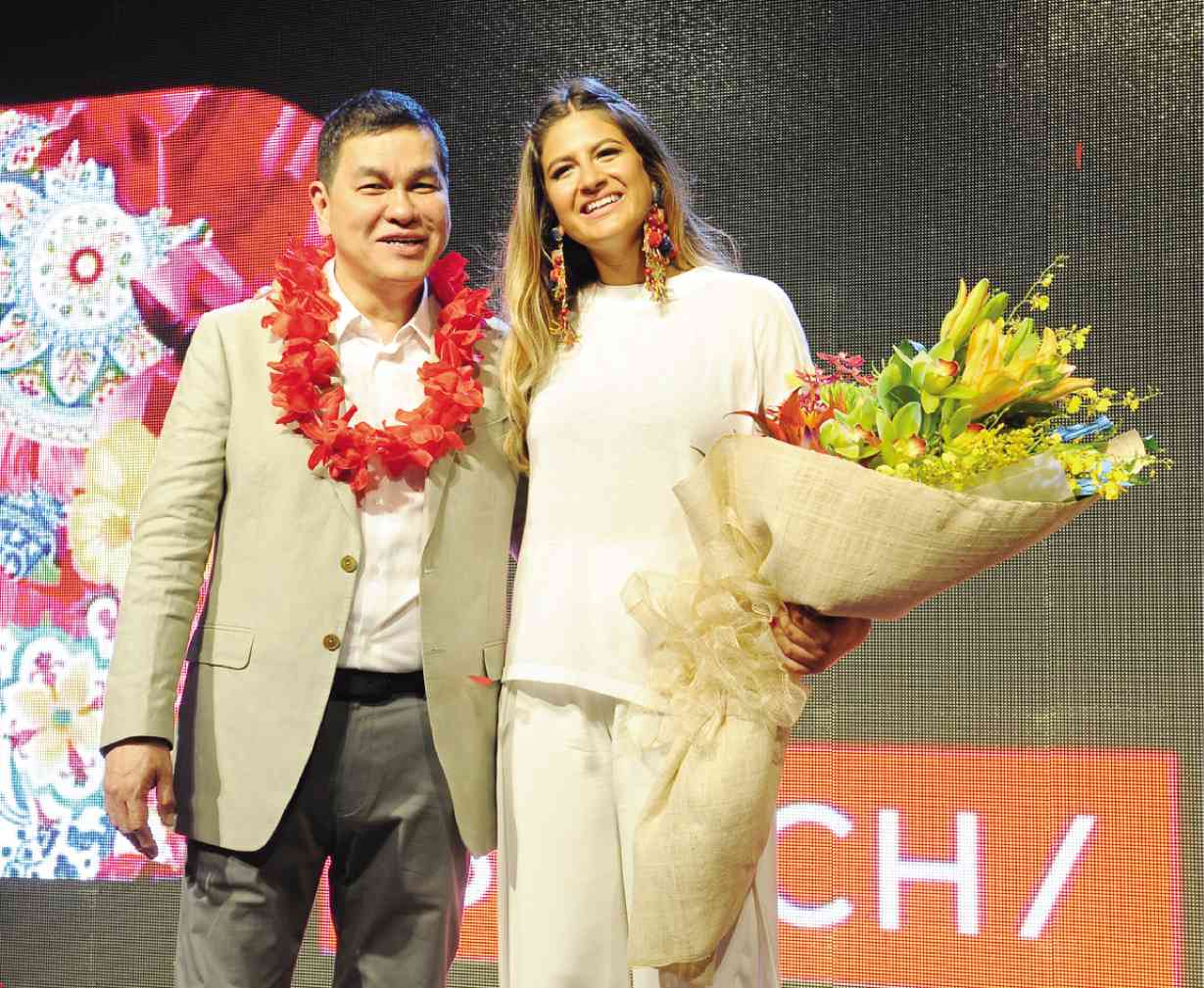 Budding “It” girl Monica Urquijo has been launched as one of the endorsers of Bench, for which she has made her foray into scent formulation through the new fragrance simply called Isla Paloma, natch.

Isla Paloma, Monica explained, “captures, my passion for the summer season and fuses it with my Spanish-Filipino heritage.”

She said the fragrance mirrored her playful, spirited personality. She further summed up the two qualities reflected in the new scent: “summer and Spain.”

“We wanted to take a classic Spanish cologne and make it fun by mixing it with floral and citrus smells,” Monica said.

Monica’s personality clearly shines through from the tropical packaging to the scent itself, which she described “as both strong

and citrusy—a formidable synthesis that would be perfect for a hot summer day.”

Isla Paloma by Monica Urquijo opens a cool summer breeze of Tuscan lemon, Calabrian bergamot with mint and cassis nuances followed by the distinct Mediterranean bouquet of muguet, neroli, rose and hyacinth in the heart.

The name of the fragrance is a synthesis of the things that remind Monica most of summer and the Philippines, where she grew up in until she was 9 years old. She considers the Philippines, United States West Coast, Cartagena, in the south of Spain, and Morocco as her favorite summer destinations.

“Two forces have come together to create a fun, playful, and strong fragrance that would keep anyone smelling her freshest even on the most blistering of summer days,” she said.

“I’m honored to be a part of a company that represents the country. They’ve given me much creative freedom to express my own view of the Philippines with this scent and its packaging as well.”

The launching had our town’s popular figures coming in full force, especially since the new scent had a giveaway price of P159,

Who says shopping is only for women? No way, José.

Shop in Shop, the first holistic boutique collective in the country, has opened at the SM Men’s Department in SM Makati.

To celebrate the launch of the new Shop in Shop concept, some of the country’s finest male celebrities, models and power figures were invited to its opening and asked to pick up pieces for their wardrobe. It was such a sight seeing all these men shopping for clothes, shirts, belts, and more.

“Ain’t no party like a shopping party!” said DJ and host Sam YG, as he posted an Instagram picture of the Shop In Shop launch at the second level of SM Makati.

Clicking through the event’s hashtags—#SMMakatiOneStopShop and #ThisIsSMMen—just proved that the men could enjoy a shopping party, too.

SM Men Shop in Shop has proven one thing—that men in Manila can look forward to a greater, more exciting shopping experience.