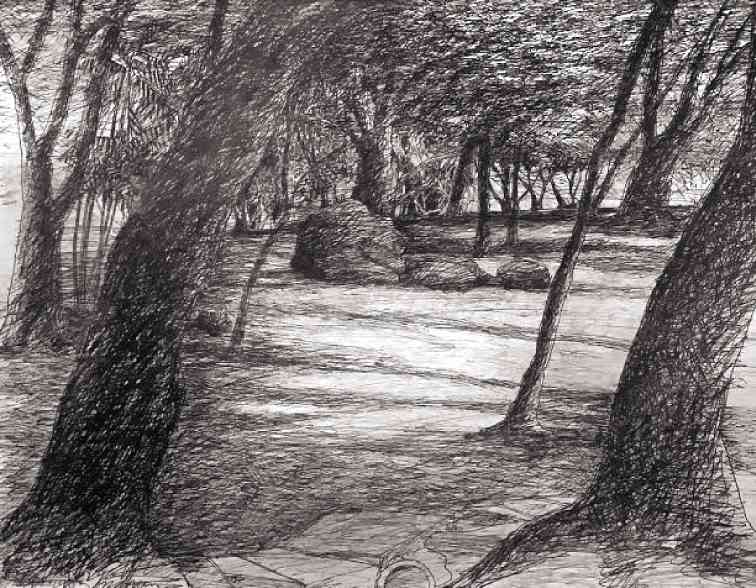 Veteran artist Renato Habulan seeks to disabuse from the minds of many that paper is a second-class medium in art.

In 2012, he spearheaded the group exhibition, “Papelismo,” to highlight paper as a credible visual arts medium. The exhibit was repeated the following year.

This year Filipino social realists join him again in the running exhibit, “Ano’ng Papel Mo? (What’s Your Role as an Artist?),” at the Art Cube until May 18.

“Papelismo set the platform of the group, which is to propagate and uplift (paper as a) medium because artworks based on it are neglected and (has been regarded as) second class,” Habulan said. “The second show managed to emphasize the paper itself.”

For the third exhibition, Habulan said that the medium has become the content and the show has become more personal.

Works of Delotavo, Talusan-Fernandez and Daquioag tackle social struggle. Those by Doloricon and Abrera depict their takes on social beliefs.

But what dominate the exhibit are works that reveal the personal transformation of the artists.

Zulueta showcased a mixed-media, “Introspection II,” a highly personal work about “settling down in a new environment.”

“I am the center figure of the artwork and I chose a messy background because it helped me cope with my situation.”

Meanwhile, Baen-Santos’ “Angels and Demons” shows his transition from Marxism to Christianity.

He said that as a Marxist, he did social realist works in militant red and black colors.

“I am still for social change but my advocacy is now in tact within context of Christianity,” explained Baen-Santos.

“(The next exhibit will be about) the interaction of paper to nature and the artist,” Habulan said. “We have a lot of paper that were affected by insects and climate that gives a beautiful effect.”