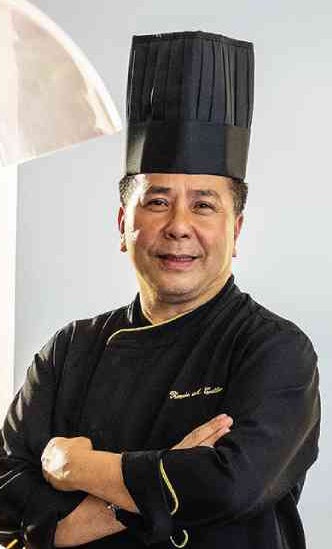 Until May 16, Seda BGC hotel’s Straight Up roof-deck bar will cross international borders and pique diners’ appetites with Japanese favorites on its evening buffet of appetizers by executive sous chef Danilo Gallardo of Seda Nuvali.

Apericena, a popular custom in Italy in which diners enjoy aperitif with a buffet of finger food, can be enjoyed at Straight Up 6-8 p.m. daily, transforming pre-dinner cocktails into a time of adventure and discovery.

Gallardo has over 14 years of experience cooking Japanese dishes in major hotels across the globe. He has worked as a chef catering exclusively to Japanese expats in a multinational firm, and was asked to open a Japanese restaurant in a five-star hotel after one of its Japanese owners found his cooking highly impressive.

Emphasizing its unique preparation, the Kuruma shrimp, or Japanese tiger prawns, will be deep-fried in filo pastry instead of the usual batter, making it not only tastier but also healthier because it is 90-percent butter-free.

Sashimi will also be served in a different way, already marinated then topped with a little hot oil mixture to cook it just a bit and add flavor.

For lunch, Gallardo will offer the Japanese-inspired Executive Set Lunch at Seda’s Misto restaurant until tomorrow.

Seda BGC executive chef Romualdo “Pepe” Castillo explains that the hotel’s presentation of Japanese specialties in its outlets is part of an exchange program among chefs of the hotel chain owned and managed by Ayala Land Hotels and Resorts Corp.

From Seda BGC, Gallardo will fly to Davao City and whip up Japanese delicacies for diners at Seda Abreeza on May 25-31.

She also served pomelo crème brûlée and sinuglaw of the freshest blue marlin to highlight popular ingredients from her region.

Castillo’s pizzas has Pinoy twists such as laing, bagnet and Bicol Express.

When he takes the culinary stage at Seda Centrio and Seda Abreeza, Castillo will focus on international specialties such as steak, lamb, sea bass and pasta, with cocktail fare and a new and creative range of desserts by Seda BGC pastry chef Enriquito “Riki” Rodriguez.

The four Seda hotels in BGC, Davao, Nuvali, and Cagayan de Oro have a common restaurant named Misto, the Italian word for “mixed.” It offers dishes for global travelers and specialties linked to its particular location.

The Seda chefs’ exchange program produces new entrees and other dishes that have been tested and warmly received in other properties.