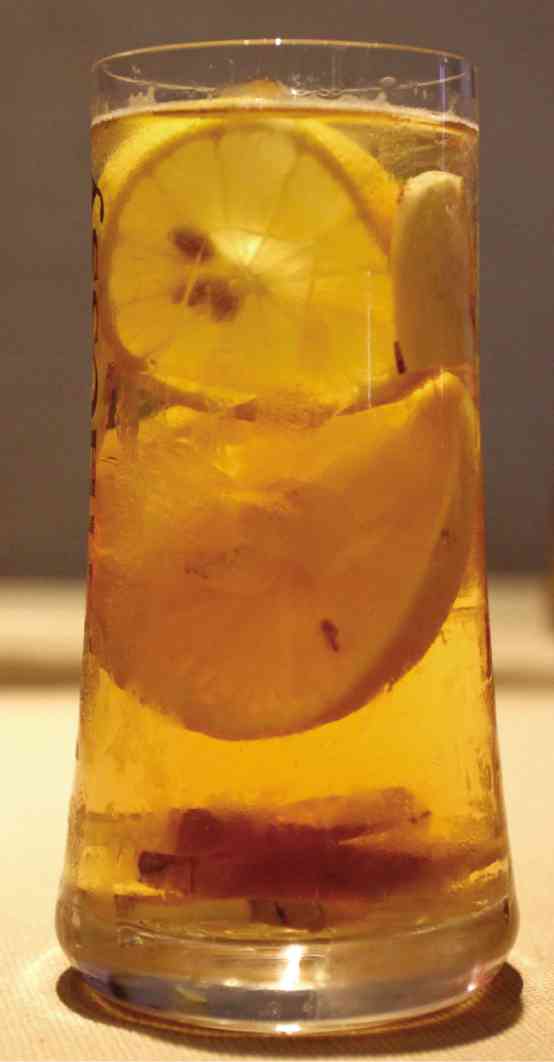 A drink that embodies a 250-year heritage deserves respect. You sip it slowly, savoring the complex aromas and flavors, allowing the drink to linger in the tongue before reveling in its smooth finish.

Named after a French town in the Charente region southwest of Paris, Hennessy is cultivated in a vineyard region whose soil has been producing wine since the third century.

Like Champagne or Bourbon or even Tequila, the Cognac label is applied only to spirits produced in this region.

Hennessy was founded in 1765 by Richard Hennessy, a Catholic soldier enlisted in the Irish brigade of King Louis XV’s royal army to fight the English Protestants. Stationed near the Cognac region, he established his cognac company after the war.

Hennessy quickly built a solid reputation that by 1794, less than 20 years into the business, the company was already exporting cognac to New York. It also became the most sought-after spirit by the royal courts in Europe such as England, Russia, Spain and more.

In 1903, the first registered shipment arrived on the shores of Manila although Cochet suspects cognac had been in the country many years prior, most likely brought in by merchants from Spain. This was also the period of Hennessy’s worldwide expansion, when it started shipping cognac to India and Australia.

In 2013 Hennessy cognac supplied the world market with 5.7 million cases or 17 million bottles, securing its place as the world’s largest cognac brand.

The secret to staying on top of its game is steeped in centuries-old tradition and the precise articulation of the science involved in making cognac.

Cognac is made from distilled spirit, or what the French call the “eau de vie” (water of life) of white wine made only from the ugni blanc varietal.

At Hennessy, said Cochet, a double distillation is applied to all its cognac styles, whether VS, VSOP, XO or Extra. That means the white wine produced is distilled twice to separate water from the alcohol.

Hennessy, he added, is not after the alcohol per se, but rather its aromas, tastes and elements that people have come to enjoy in wine.

When wine is heated, alcohol is released through evaporation. This steam returns to its liquid form after a temperature change.

There are three parts of the distilled wine that Hennessy separates: the first to come out is the head; followed by the heart; and then the tail.

Of the three, only the heart, called brouilli, is collected for the second distillation. At this point, after a 12-hour distillation process, only 700 liters of pure alcohol will have remained

Another 12-hour distillation and, again, only the brouilli, now called eau de vie, is collected for blending. This will be blended by the master blender and the tasting committee.

Part of Hennessy’s heritage is in the blending. Its master blender and taster, Yann Fillioux, comes from a family whose generations have been blending for Hennessy for the past 215 years.

“No matter the climate condition in France, winemaking is still 100-percent natural,” said Cochet. “Irrigation is illegal. We depend on what God will give us in terms of rain and humidity, which is why, in the French winemaking system, the vintage is important because every year we produce a different wine.”

Consistency in its various styles, therefore, is the hallmark of excellence in cognac production.

A special blend of eau de vie is stored in French oak barrels for maturation. Since the oak barrels are not airtight, the eau de vie escapes through the tiny pores of the barrels, evaporating yet once again. This natural phenomenon, Cochet said, represents around 20 million bottles in the cognac region every year, and it is what is called the “Angels’ share.”

“The problem with the Angels’ share is they don’t pay,” Cochet said, laughing.

Over time, this produces a moist part of the barrel and the elements of the oak migrate to the eau de vie.

“The color of cognac comes from the oak. It has nothing to do with age,” Cochet said.

Hennessy VS is the youngest and most affordable of the lot, so throwing this into the cocktail mix is not a tragedy.

Place all ingredients except ginger ale into the shaker; half fill the shaker with crushed ice. Shake vigorously for 10 seconds. Empty contents of the shaker, including ice, into a highball glass. Top glass with more crushed ice, pour in ginger ale and stir gently with a bar spoon. Garnish with mint sprig.