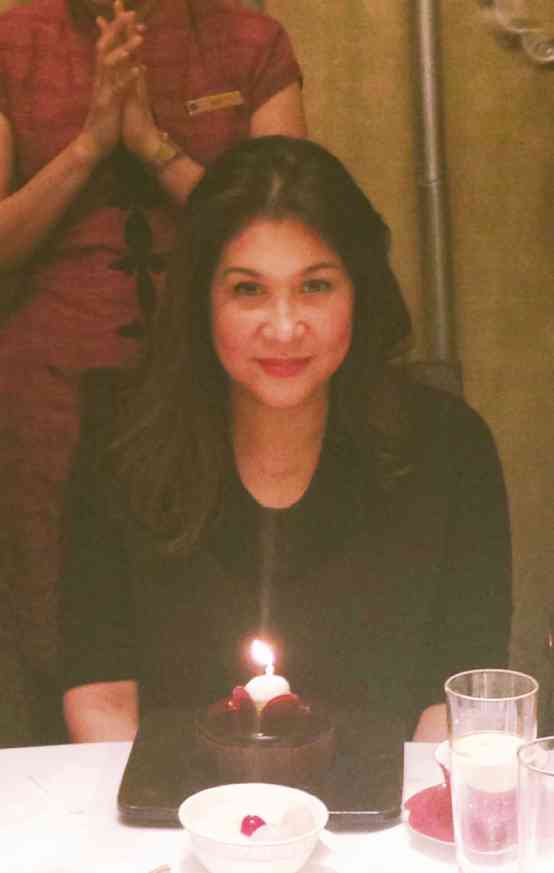 Italian fashion, food and wine in one fancy address

For the last few years, Mons has devoted her time to various charities and advocacies for children and women. She has also traveled with her three children—Simon, Cheskie and Cara.

Guests at the party held at The Shang Palace in Makati Shangri-La included Mons’ loyal friends who have stood by her all these years.

Mons was glowing with happiness, palangga, as her closest pals applauded her for continuing to be an inspiration to women.

Renowned photographer Jun de Leon captured the haunted faces of people caught in conflict in “Children at the Crossroads,” a photo exhibit at SM Aura.

From hundreds of shots taken during his seven-day tour of Maguindanao, 46 eloquent photographs were displayed to share the heart-wrenching stories of remarkable resiliency, inviolable spirit and quiet hope.

Through these photographs, De Leon told the viewers “to open their eyes and become witness to the atrocities of war.”

The photographer partnered with writer-editor An Mercado Alcantara and his son, Tim, who documented the entire journey on film.

Present during the opening of the exhibit was Corporal Julhaib Ajijul, the last man standing at the close-range encounter between the AFP and the Bangsamoro Islamic Freedom

Fighters last March, which killed five of his comrades.

Ajijul had been given special permission to leave the battle zone temporarily in order to attend the launch.

“I don’t have an agenda,” explained De Leon, regarding the purpose of his exhibit. “I’m not propeace or prowar. I just want people to think. I want them to think, before they say anything, or press that keyboard!”

The launch of the Massimo Trulli Fashion, Food and Wine at the LRI Design Plaza, 210 Nicanor Garcia Street, Bel-Air II in Makati gathered fashion connoisseurs from all over, eager to take a sneak peek at the Italian designer’s signature limited-edition leather bags, and accessories and home furnishing.

No less than Italian designer Massimo Trulli himself jetted in for this one-of-a-kind opening, dahlings.

Welcoming him and guests were store owners Gale Atienza and Adriano Stefanutti.

Guests couldn’t take their eyes off the colorful 1950s and ’60s Pop Art renditions in leather pieces while savoring the fine selection of wine and delicious hors d’oeuvres.

Catching everyone’s fancy were the bags that showed the faces of iconic beauties such as Marilyn Monroe, Sofia Loren and Audrey Hepburn.

Gracing the launch was Gretchen Barretto, who came with domestic partner Tonyboy Cojuangco.

Aside from the fashion accessories, Massimo Trulli’s exquisite chairs and tables are at the forefront of the concept store’s restaurant and wine bar.

While seated on the designer’s chairs, shoppers and diners were served Spanish tapas, Italian cheeses and other globally inspired dishes as well as an extensive selection of Italian wines.

We were told Trulli was an artist before becoming a designer, as shown by his penchant for bold, vibrant images and colors. He is known for his limited-edition bags handmade by noted craftsmen in Tuscany, no less.