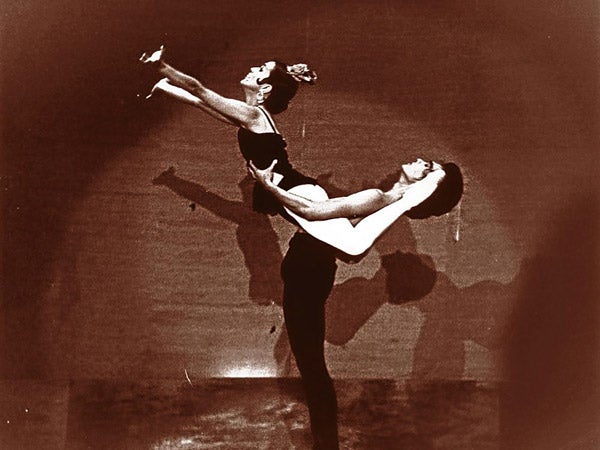 A tale of two ballerinas

The year 1954 was not a very good year for ballet, especially not for aspiring ballerinas. By an edict from the Archbishop of Manila himself, any Catholic school student caught in violation was to be expelled.

The edict is said to have been provoked by a tabloid picture of a young famous ballerina in a dance pose suggesting that underneath her tutu was nothing but herself. The picture itself was said to have been manipulated, precisely to either provoke or justify a clampdown on a dance art too revealing for the fanatical Filipino Roman Catholic standards of the era.

Thus, surrounded by suspicious motives, the ban did not go wholly heeded.

At any rate, among the casualties were two friends of mine—Vella Damian, at the time a high school classmate at St. Theresa’s, and Susan Pacheco, a graduating sixth grader at Paco Catholic School intending to enter St. Theresa’s, where I, after two years of studies in Spain after high school, would catch up with her in college.

Susan was only 11, barely five years into ballet and on her third lesson in the adult class under Ricardo Cassell. A quick learner, thus often promoted, she had ended up with older classmates, among them three mestizillas out of her social league—Sylvia Montemayor, Maribel Aboitiz and Cora Generoso.

It was with them, in fact, that she had her first public performance, in a production of “Cinderella” at the International Fair, in Plaza Lawton: At age seven, she played Lucifer the cat, a role that called not only for feline grace, but for a special suppleness to take particular bends and splits—demands that, being a natural, Susan needed little training for.

An aunt who looked in regularly on Susan, her four siblings, and their deaf-mute parents were among the first to notice ballet promise in her. The aunt paid a then hefty P25 monthly for two lessons a week for her at the Philippine Ballet Theatre, in Perez St., in the same neighborhood as her home and school, in Paco, Manila.

With the ban, Susan didn’t think she had any choice. Leaving convent school was out of the question—she just had to forget about ballet. She did continue, though, to take the stage and perform dance roles—approved ones, to be sure—with such gusto, Mother Superior was moved to pay her familia visit to ascertain for herself whether she had indeed abandoned ballet. But, of course, she had.

“Then why is she still so graceful?” asked the visiting investigator.

For Vella, the ban could not have come at a worse time. Her teacher, Totoy Oteyza, had just offered her a scholarship without which, given her family’s limited means, she would not have been able to pursue her ballet. Although a late starter, she knew it was ballet or bust for her.

The ban sent her running, as often she did when beleaguered, to her favorite teacher-confidante, Mother Laurentina, who sat and listened, then rose, taking Vella’s hand and pulling her toward the deserted auditorium.

“Come, dance for me,” she commanded. Obliging, Vella felt she was dancing for divine validation.

Sure enough, afterwards, Mother Laurentina gushed: “Oh, Vella, it’s a gift from the Lord—you must remember that every time you dance. Go, leave St. Theresa’s if you have to.”

And so she sidestepped the ban and transferred to the more liberal—at least when it came to ballet and the rest of the arts—University of Sto. Tomas. Innately musical, she took piano as her major and violin as her minor.

After class on certain days, she went to her ballet, and went on to make a name for herself in the classical style of expressive dancing, becoming best known for her dramatic roles and, as Carmen, was truly unforgettable.

Ballet had remained all but forgotten for Susan, meanwhile, until she married Cesar Macuja, a finance person from Ateneo she had met in their college days, and had her daughter Lisa.

Too rough, energetic, and playful—indeed “rather unladylike” by her mother’s inherited Theresian ideals—Lisa was enrolled in ballet.

“Ballet was good for my character. You can’t dance ballet unless you believe in yourself, and once you do, ladylike bearing follows naturally,” says Susan, who, of course, got more than she had bargained for: a prima ballerina for no less than Russia’s own Kirov.

Mother to the corps

Through her, Susan finds her own fulfillment in ballet, albeit a vicarious one. With Cesar as financial manager, she runs Ballet Manila, which Lisa and husband Fred Elizalde set up in 1995, their own legacy to Philippine ballet. In fact, she is mother not only to Lisa, but to the entire ballet corps.

“I love what I’m doing in Ballet Manila, for more than 16 years now. Of course, it’s great to watch young dancers blossom, but true fulfillment for me comes from being able to bring ballet to ordinary Filipinos,” says Susan.

Ballet Manila offers scholarships to promising dancers and opens its home, Aliw Theater in Star City, to all comers.

Vella herself put up her own Vella C. Damian School of Ballet in 1969, upon returning from two years of training as a teacher with the Robert Jaffrey American Ballet Center. Her company also has its own outreach program, conducted mostly through free public performances.

Vella is remembered as an inspiring teacher and credited especially with getting many young men to overcome a gender-biased aversion to ballet common among their species. Danseurs Rupert Acuña, Osias Barroso and Ricardo Ela, now of New Zealand and Australian ballet, came under her tutelage. A niece, Elline Damian, dances for David Campos’ company in Barcelona.

“If I weren’t teaching, my life would feel empty,” says Vella, who has remained unmarried, unable to imagine however she could be fair to a husband “who would always come second to ballet.”

What is to happen to her school after her is one question she does not entertain. She stands up, her chin held slightly upwards. Time for her ballet class. Dramatically dressed in black and wearing multiple strands of tiny pearls, her slim frame fuller now at the hips, she dances away balanced on red patent sky-high heels, looking ageless. No wonder she’s not yet thinking beyond her time.

Susan, for her part, has just performed her vicarious swan-song on this sold-out night: At 46, Lisa bows out after dancing the twin roles of Odette and Odile in a full-length “Swan Lake,” leaving me and my husband in teary-eyed excitement.

I suddenly remember Susan at this very moment of ultimate triumph, and glance back where I saw her seated last. And there she is, several rows behind, applauding endlessly, peering out sightlessly, with watery eyes herself.