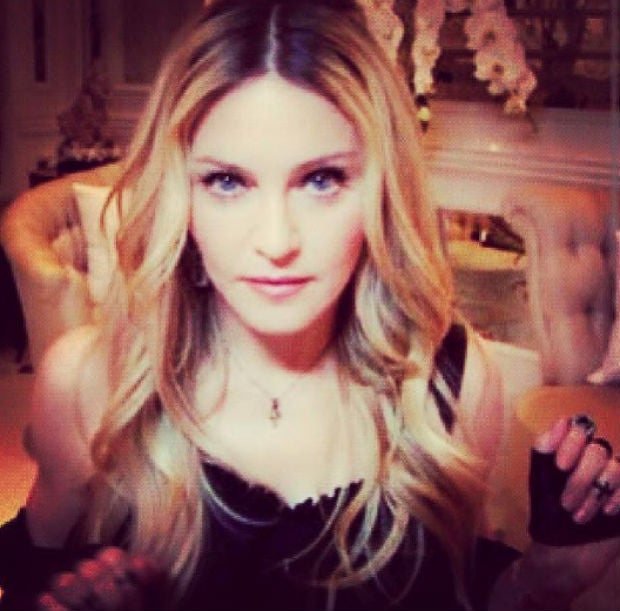 Madonna in Manila: Promoters to decide between MOA Arena and PH Arena

Promoters are said to be deciding soon whether SM Mall of Asia (MOA) Arena or the Philippine Arena would be the best venue for the impending concert of pop goddess Madonna early next year, at least two sources told the Inquirer.

If it’s MOA Arena—whose capacity for concerts is about 12,000—the concert might be held for two successive nights, just like the Lady Gaga gigs in 2012.

The Philippine Arena could be a better choice, considering its 55,000 capacity. But traffic going in and out of the venue is a serious matter that needs immediate fixing.

In any case, either MOA or Philippine Arena would be no problem for longtime fans of the “Queen of Pop,” who is revered for her constant reinvention of her music and image.

Party in the park today

The event, organized by the MTV World Stage series, will focus on the evolution of hip-hop as a music genre and cultural phenomenon. The performers are an interesting mix of American and Filipino acts including Apl.de.ap, Naughty By Nature, YG, DJ Cash Money, Gloc-9 and Abra.

The grassy field at the venue is conducive to dance to rap music. The show itself will be recorded live for worldwide telecast.

On a much smaller but nonetheless exciting scale is the full-house crowd expected at the Rico J. Puno benefit gig on May 27 at Hard Rock Café Makati. The show, titled “May Bukas Pa, Rico J,” is being mounted to help defray Puno’s medical expenses. The Filipino pop legend recently underwent triple bypass surgery due to heart ailment.

The idea for the show was broached by San Andres to Merk, who immediately went to work by calling the artists, most of whom are his friends. San Andres and Revillame actually shouldered Puno’s bill at Makati Medical Center; other friends pitched in to pay the more expensive bill at Asian Hospital and Medical Center.

San Andres, by the way, fronts his own band, Joey’s Mailbox, which regularly plays at Musica, a bar in the Greenhills Shopping Center.

What’s interesting about the band is that San Andres—who sings in a raw, soulful tone— periodically revises their repertoire of pop, R&B and jazz hits. Last week we heard new additions to their set: Heatwave’s “Mind Blowing Decisions,” Patti Austin’s “Test of Time,” and Stevie Wonder’s “As.”

Two hotels are currently featuring bands that are not of the run-of-the-mill variety.

Sage Bar in Makati Shangri-La has the Bleu Rascals performing Tuesdays and Saturdays weekly. The band expresses its love of the blues by interpreting BB King, Stevie Ray Vaughan, Eric Clapton, Jimi Hendrix and other icons with passion and flair.

Meanwhile, Straight Up Bar at the roofdeck of Seda, Bonifacio Global City, has signed up Henry Katindig and Friends to play every Wednesday, 8-11 p.m. The band is known for its mastery of contemporary jazz, with vocals by Jeannie Tiongco, daughter of Emil of Tiongco Brothers fame.

Concerts we’d like to see at the Philippine Arena