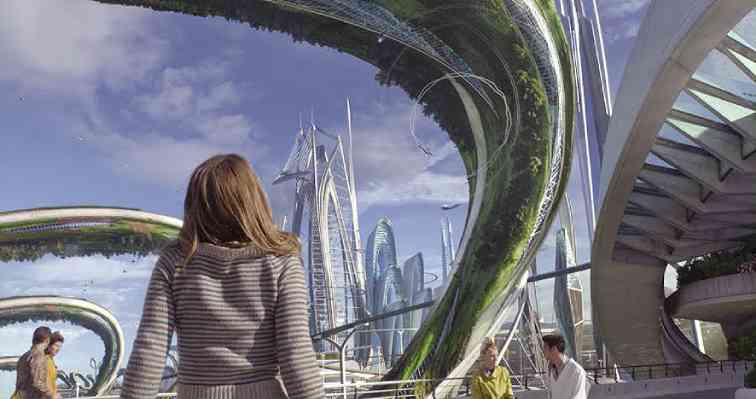 “TOMORROWLAND” is based on 1952 Disneyland blueprints for World Fair

‘Tomorrowland’: Optimistic vision of the future

Inspired by a 1955 Disneyland attraction of the same title, the film “Tomorrowland” takes its audience on an action-packed journey to uncover the secrets of a mystical place located somewhere in the memory of Frank (George Clooney) and Casey (Brit Robertson).

Frank, a pessimistic genius inventor, embarks into a dangerous adventure with optimistic teen Casey to a place called Tomorrowland. Their mission to unveil the mysteries of this enigmatic realm affects and will impart a major transformation of the world.

Oscar-winning filmmaker Brad Bird directs “Tomorrowland.” He said he wants to emphasize the negative thinking of humanity towards the world’s future.

“I like to look that the future is widely open to possibilities,” he said. “It is a view that has fallen out of favor in terms of looking at the future.”

The concept started when a box labeled “1952” was discovered in Disney Studios. It contains concepts, blueprints, pictures and letters in conceptualizing Disneyland’s featured attraction, Tomorrowland, during the 1964 World’s Fair.

“Tommorowland” is a Disneyland’s theme park while the World’s Fair is one of the world’s biggest public exhibitions.

“I began to imagine that the contents of the box were a guide to a secret story that nobody knew,” producer and co-writer Damon Lindelof said. “(I thought that) there really was a place called Tomorrowland and that was not a theme park but something that existed somewhere in the real world.”

After thoroughly researching the history of Tomorrowland and Disney’s connection with the World Fair, Lindelof commended Walt Disney for his brilliant mind and idealistic view of the world. Disney is the father of The Walt Disney Company.

Lindelof said, “Disney was a futurist in that real mid-century modernist sense.” He added that he is very optimistic and that he is keen in creating a better world through technology.

When Disneyland participated in the 1964 World Fair, the theme park launched three rides named “Carousel of Progress,” “Great Moments with Mr. Lincoln” and the popular “It’s a Small World.”

“This was in 1964 and there was an underlying radical optimism,” Lindelof said. “The world had just flirted with thermonuclear catastrophe as a result of the Cuban Missile Crisis, and the song ‘It’s a small world’ was written in response to a world that had walked right up to the brink of nuclear war.”

Bird, who won Oscars for the animated films “Ratatouille” and “The Incredibles,” says that he was happy with the cast of “Tomorrowland.”

When Bird and Lindelof created the character Frank, they imagined that he would be something like Clooney. They were delighted when they approached the award-winning actor and he agreed and signed the deal. 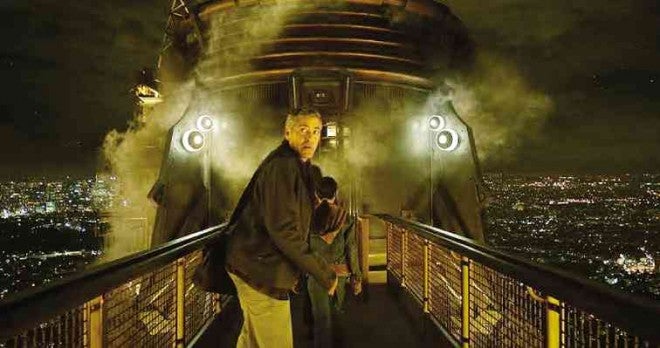 British actor Hugh Lorie plays the brilliant scientist David Nix. Aside from acting, he is also a proficient television producer, writer and director.

Jeffrey Chernov, a producer of “Tomorrowland” and executive producer of “Star Trek” and “Star Trek into Darkness,” said he was pleased that Robertson auditioned for the role of the bright girl Casey. She praised her for having much energy and eagerness.

“Tomorrowland” opens in May 22.