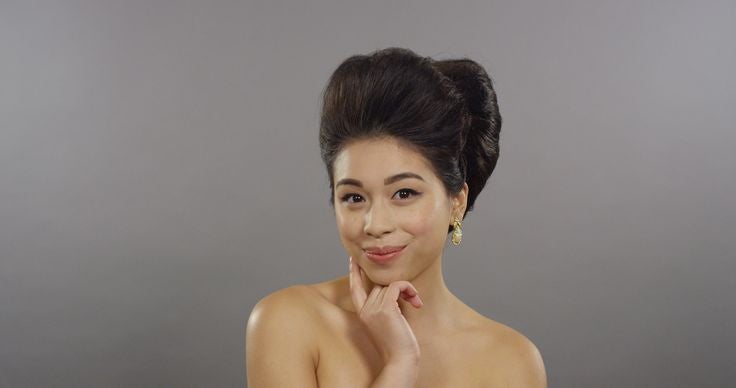 Cut, the company that brought us the hilariously awkward “Truth or Drink,” is also popular for its “100 Years of Beauty” videos. The series chronicles a century of makeup, hairstyle and fashion in different countries including the US, Iran and Korea.

(READ: Truth or Drink: Would you play this game with your parents?)

Since Cut’s creative director Mike Gaston is half-Filipino, we were hoping that a Philippine version was in the works. We were right. Cut just released “100 Years of Beauty: Philippines,” starring April Villanueva, a Filipino pop singer who used to appear on SOP. Mike said, “She is also my cousin-in-law and five months pregnant!”

Mike’s cousin Chris Santo Domingo Chan, a half-Filipino and half-Chinese PhD student in Anthropology at the University of Washington, did the research for the project, looking at historical events and their impact on our concept of beauty. He wrote, “The story arc… follows the aesthetics of modernity and nationalism; it is the Spanish/U.S. “discovery” of indigenous Philippines after the SpanishAmerican War, followed by a period of seduction and enchantment with Western aesthetics, and finally, a growing reclamation of Filipino nationalism in various iterations.”

The video begins with the tribal beads and tattoos of the 1910s and ends with glossy waves and the bold lips of the 2010s.

Here are the different looks that inspired the video, along with notes from Chris’ research:

1910s: “Ethnologists documented women’s tribal tattoos. No makeup. Hair is natural, straight, parted in the middle and pulled back. These women wear traditional beads as necklaces and hairbands.”

1940s: “During the Japanese occupation, images of Filipina women were generally either propagandistic or tragic. A holdout of nationalist defiance—the Huk Rebellion—did feature Filipina patriots who took arms to defend the archipelago from the Japanese. Hair: side rolls; for shape and stability, possibly backcombed and pinned into a mid-length bob.”

1960s: “American influence is clear here, particularly with the influx and movement of US troops throughout the Philippines. Makeup: The face looks clean, young, and dewy, emphasizing very light skin, naturally dark and thick eyebrows, and long lashes. Hair: an updo—cropped, sleek, and tight on the head with plenty of shine. Young Imelda Marcos’ hair is famous for its shape, sculpted into a smooth bouffant.”

1970s: “Hair: lots of updos, and even when worn down is teased up. Susan Roces’ hair is multilayered, multidirectional, and certainly celebrates volume; the iconic Karilagan models have a variety of looks… smooth, straight hair in a variety of styles. Makeup: thicker, darker eyebrows, long lashes, dark eyes and heavy (almost textural) eyeshadow. Emphasis on the cheekbones.”

1980s: “Makeup: getting very colorful. Vivid hues like magenta, lavender, and coral in eyeshadow and lipstick. We also begin to see lip gloss—very shiny, wet lips. These looks are high-contrast. Hair: Bangs are in.” 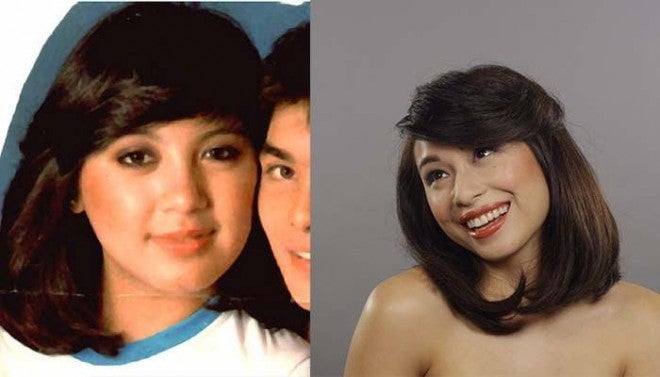 2000s: “KPop is taking a stronghold in the 2000s, and the Korean look becomes very desirable in urban Philippines.”

2010s: “Hair: Glamour in our decade is signified through long, healthy, wavy hair in layers. We also see bright dyed hair inspired by U.S. and Korean pop. Makeup: we are beginning to see a celebration of natural skin tones, so use of bronzer, blush and lipstick accentuate natural coloring.”

Which look is your favorite?

Watch 100 Years of Beauty and other videos at www.cut.com and www.youtube.com/watchcut.