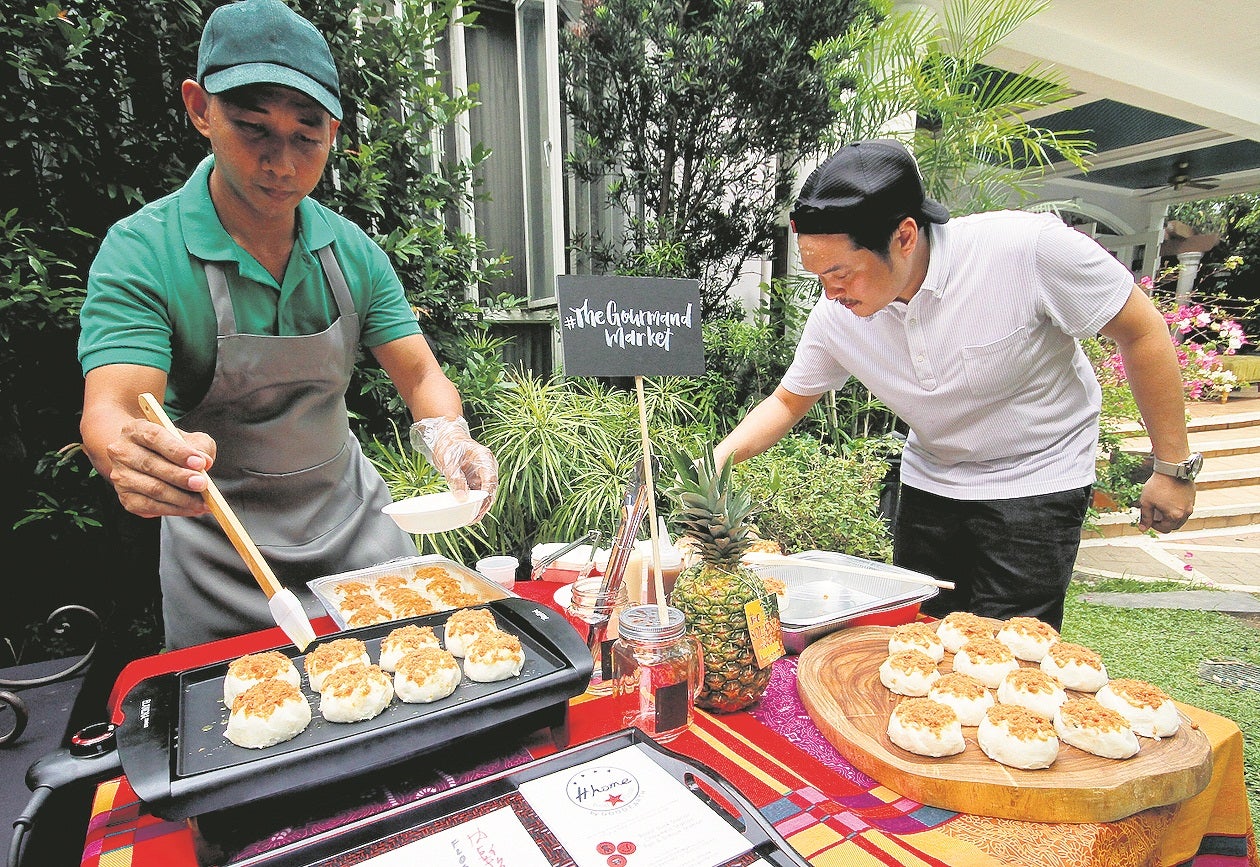 The maiden run of this weekend food market proved to be such a hit that organizers led by Trish Panlilio, Dong Ronquillo, Julia Morales and Dara David-Roa will be holding a second edition starting tomorrow, May 22, until Sunday, May 24, at High Street Central in Bonifacio Global City, Taguig.

The Gourmand Market team gathered a select group of exhibitors for a preview held recently at Panlilio’s home in Makati.

Among them are competing companies selling authentic Italian gelato with a Filipino twist (mangga’t suman flavor, anyone?) and “cold-press” liquid ice cream sandwich inspired by stuff peddled by the neighborhood mamang sorbetero.

Just like in its first run, the food market will be a venue for little-known and up-and-coming food exhibitors to showcase their products, including hard-to-source ingredients, to foodies of all ages.

Organizers believe that Gourmand Market is an “elevated version” of weekly markets that have become popular in Metro Manila in recent years.

“Our shared love for good food brought us together,” said Roa. “We want to spread this passion by creating a platform to give people with something new and good to offer a little push.”

While Roa drew inspiration from Mercado de San Miguel in Madrid, Panlilio—a “custom” caterer who will also join other Gourmand Market exhibitors— was motivated by scenes she saw at Borough Market in London.

“Just like before, the merchants we will present are carefully curated,” said Panlilio, owner of nawwTy’s Kitchen.

“Since we both love food, we decided to venture into gelato,” said Reyes. “We even studied in different cities in Italy to get the best practices of both schools.”

They’re quite confident of getting the most out of the exposure.

“We’re currently limited to selling at pop-up stores in malls,” said Reyes. “But after Gourmand Market, we’re ready to go nationwide if need be.”

Wanting to give her kids a healthier, preservative-free snack, Bea Lahoz started baking granola using rolled oats last year. It soon became a favorite not only with her kids, but also with her friends and relatives.

With encouragement from family, Lahoz joined Gourmand Market last March with granola in loose and bar form. To her surprise, her Mother Bee products sold out.

“Our whole stock for the weekend consisting of four variants was wiped out as early as 4 p.m. Friday,” she said. “We didn’t expect people to like granola that much.”

Gourmand Market also gives occasional entrepreneur Maricel Cunanan a venue to sell her soft, buttery and queso de bola-garnished ensaymada. As in the case of many items in Gourmand Market, Cunanan’s baked goodies likewise sold out.

“The recipe was handed down by my mother,” she recalled. “My ensaymada were originally meant for home consumption, and as gifts to relatives and friends. In recent years, I started joining and selling them in food fairs.”

Kitayama Beef offers frozen and ground beef and steaks from wagyu cows raised near the foot of Mt. Kitanglad outside Cagayan de Oro. Kitayama will also be selling ready-to-eat hamburgers.

“Wagyu is a type of cattle originally from Japan,” said Vicky Lauchengco, Kitayama Beef sales and marketing director. “Ours were imported from Australia and crossbred with local Brahman cattle.”

Contrary to common belief, wagyu cows don’t need a specific kind of grass to maintain their quality, she said. But they do thrive at certain temperatures.

“That’s why we chose a farm in Mt. Kitanglad,” said Lauchengco. “The weather there is ideal for cattle raising.”

Despite giving potential competitors a venue to show their goods, Panlilio isn’t bothered at all by the arrangement at the Gourmand Market. She even welcomes it as a venue for them to boost and complement each other.

“I don’t see these other purveyors of good food as competitors,” said Panlilio. “In a setting like Gourmand Market, we all have our own niche in the discerning palate of every food lover we serve.”

In a huge, open venue like Gourmand Market, it’s still the consumer who decides which among the many exhibitors will get invited next time.

Panlilio and company are planning to make it a quarterly event.