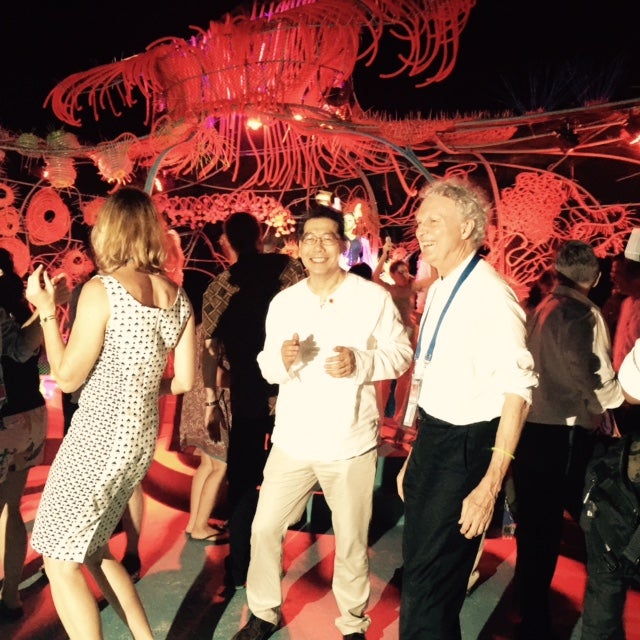 Tomorrow night’s musical show for APEC (Asia-Pacific Economic Cooperation) delegates and economic ministers in Boracay–the biggest so far in the series of APEC events hosted by the Philippines this year–will carry a 1980s theme performed by top Filipino artists.

The stage, set on the beachfront, is an installation by young, in-demand sculptor Leeroy New. It is a representation of the country’s coral reefs–their wild variety of shapes and colors.

Why the ’80s? “Because the age demographic of the delegation grew up in the ’80s. They can connect to its music,” said ex-Cultural Center of the Philippines (CCP) president and ex-Cinemalaya head Nes Jardin, who is in charge of the APEC events’ performances.

Close to 3,000 delegates are in this world-famous resort island for the APEC meet hosted by various government agencies including the Department of Tourism.