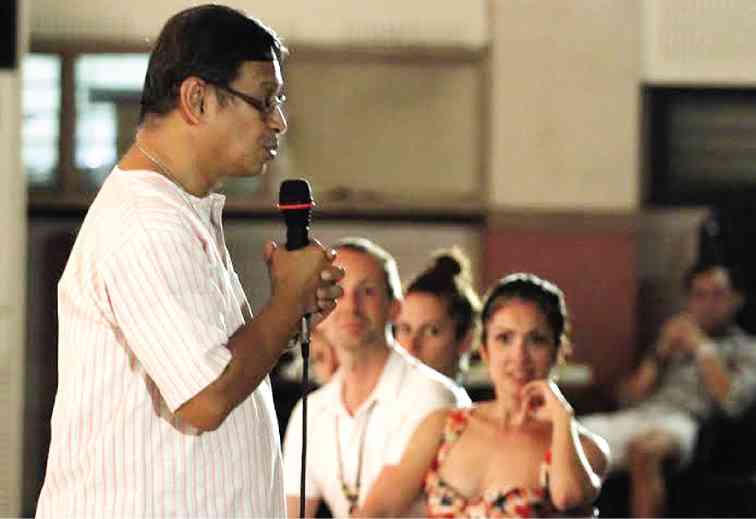 International and local dance masters teamed up recently in Bohol province to help enrich local talents through an extensive training which culminated in a dance-drama performance at the Bohol Cultural Center in Tagbilaran City.

The event “Bienvenue a Bohol” was a collaboration among the National Commission for Culture and the Arts, embassies of France and the United States in Manila, provincial government of Bohol, city government of Tagbilaran, Department of Education Tagbilaran Schools Division, Peacock Garden Resort, and Christophe Robin Florist of Paris, France.

There were 29 local and three French artists who participated in the two-week long workshop on classical ballet, contemporary dance, jazz, floor barre, yoga, and the pangalay traditional dance of the Sulu archipelago.

Dance masters and choreographers included Nicola Ayoub of the United States; Guillaume Morgan, Karine Leven, and Sarah-Lou Duriez of France; and PJ Rebullida and Raymund Marcaida of the Philippines.

“Guillaume and I visited Bohol last year and, thanks to Gardy (Lutgardo) Labad, we were able to meet young Bohol dancers, and we were so impressed with their talent and potential that we knew we had to come back and teach them,” said Ayoub.

“We knew we had to bring that kind of training to them and make them reach their highest potential,” she added.

Morgan explained that the project was originally intended for Manila, but they changed their mind when they went to Bohol last year.

The group would now like the two-week intensive project to be held every year and “would also like to be in contact by social media and email with students to help them also progress during the year.”

Speaking at the program, theater and musical director Labad said, “What we want to happen in Bohol is for the better of Bohol.”

“The theme of our show is that beauty will save the world and art is its instrument,” explained Ayoub.

“Art brings us to humanity. Art has brought us here. We traveled across the world to be here. And we want our students to share their love with the rest of the world, as well through their dance, through their acting, through their singing, because it is only though art that we can all live together.”

Morgan said they would also want to create a bridge between France and the Philippines through art.

“That’s why we brought two French students, for them to learn also from Filipino teachers,” he said.

One of the dances that were taught to the scholars was the “pangalay.”

Raymund Marcaida of the AlunAlun Dance Circle, student of pangalay conservationist Ligaya Fernando-Amilbangsa, taught the traditional dance form to the students in a modern interpretation as a choreographed performance.

“I am currently exploring how I can find ways to use the vocabulary of pangalay that will be interpreted in a contemporary medium or way that is still in the bounds of good taste,” Marcaida said.

“Our goal is to promote the art, promote the traditions, because it’s our identity,” he explained. “But it does not mean that it will remain as it is. We will further enrich it.”

Marcaida, however, said that whatever innovations might be made would be anchored on the traditional dance form.