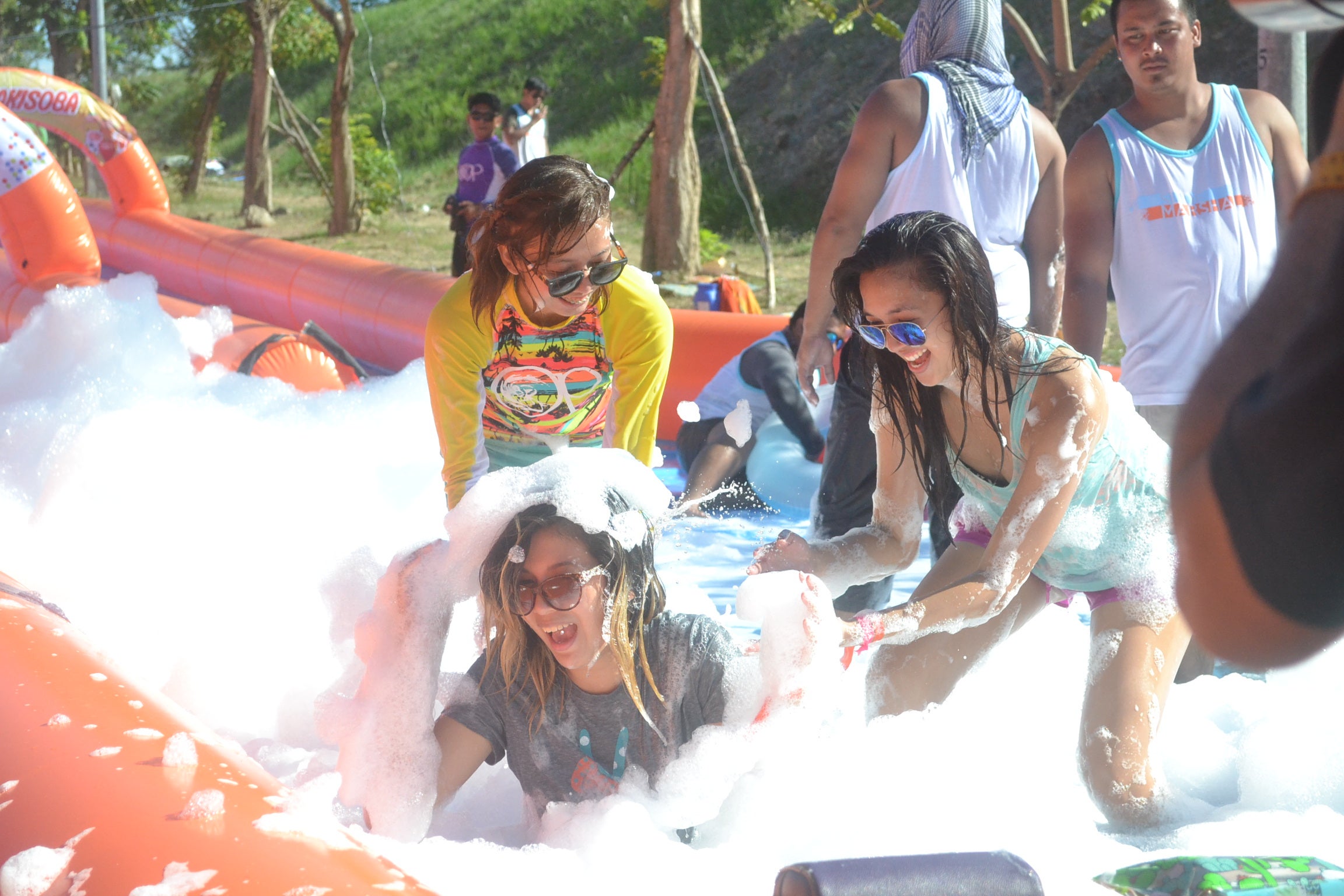 A group of girls soak in the fun during Slidefest Philippines last May 16-17, 2015, Filinvest City, Alabang.

Last May 16 and 17, a massive slip and slide invaded the streets of Filinvest City, Alabang in an event called Slidefest Philippines. More than seven thousand people zoomed through the giant slide, complemented by a festive atmosphere of music, refreshments, and activity booths.

Slidefest Philippines is the first family-friendly, adrenalin-pumping, GIANT slip and slide event in the country. Its first installment was in Subic last April 18, attended by three thousand five hundred people.

“This event is one thousand feet of pure happiness! And what’s better than one day of slipping and sliding? Two days of Slidefest! We really wanted more people to experience this one-of-a-kind slide. And we hope to bring the concept to more places around the country soon!”, says Angelo Cruz of Slidefest Philippines.

What’s next for Slidefest? The group aims to take over the streets of different cities over the next few months. So who knows, you could wake up one morning with a giant slide just a few blocks away! “Those who missed Slidefest have a lot to look forward to. We’re not sure when or where yet, but we guarantee that it’s going to be a lot of fun!”, adds Cruz.