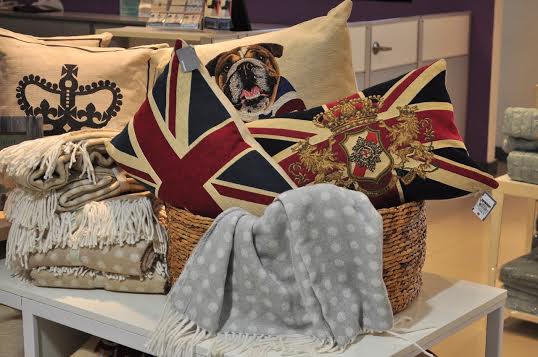 How to live like British royalty–without breaking the bank

A supplier of household goods, drapery and haberdashery for the British royal family has opened its first shop-in-shop in the Philippines at SM Makati’s Home section last week.

John Lewis opened its first store in London in 1864, and the first of its 11 planned shop-in-shops for 2015 in SM Malls, with officials of the British Embassy and the diplomatic community, and SM Retail chair Tessie Sy-Coson in attendance.

The Philippines is John Lewis’ second international market, after it opened in South Korea in 2012. It will launch in Singapore in July.

“There’s a real groundswell in this market that you just don’t see anywhere else,” said Katie Jordan, John Lewis head of international development, in explaining the brand’s entry into the market.

“The GDP growth of the Philippines in the last three years and your population growth just set you apart from the rest of Asia. So much is happening here. Condos are going up, and people are filling up their homes, which is probably a different lifestyle from 10 years ago,” she added.

John Lewis is a department store chain with 43 outlets in the United Kingdom, and is listed as one of the UK’s top 10 retailers. In the Philippines, it brings a selection of its premium items from its home department, to be sold in SM’s department stores and Our Home.

After Makati, it will open next in SM Aura, and will have 23 stores in total, Jordan said.

At its corner in SM Makati, John Lewis displays a selection of bed linens, bath towels, glassware and tableware, as well as home accessories. It’s a “capsule of the best of John Lewis,” Jordan said.

“We’ve kept it quite British because you obviously will get local products here, and excellently made by local people, so we’re not trying to compete with local brands. We’re trying to offer a little bit different,” she added.

On her visit to the SM Aura branch, Jordan quickly sold a pair of linen-mix throw pillows embroidered with “King” and “Queen,” two of the most distinctly British items in the store, alongside pillows with the Fab Four and Union Jack designs.

John Lewis has three royal warrants to supply to the households of Her Majesty the Queen, The Duke of Edinburgh and The Prince of Wales: haberdashery, drapery and furnishings, and household goods.

“A royal warrant is bestowed upon you when a member of the royal family selects you as a retailer to provide them with specific products,” Jordan explained. John Lewis has held these warrants since January 2008. “We often see the royal family in our stores,” she added.

But don’t be dissuaded if you think you can’t own a piece of item patronized by royalty. John Lewis is known for “best quality at the best price,” according to Jordan.

“In the UK, we have what we call an ‘NKU,’ or a ‘Never Knowingly Undersold’ policy. It’s price-matching. We always have the best price on the high street. If we see something in a factory, we make sure to get the best quality and the best price, and we pass that on to the customer. We don’t mark it up and do an endless promotion of 50-percent off. In John Lewis you never see 50-percent off this week and regular price the next week. We don’t do this, we’re not Gap. We want people to trust us. We want people to know that we get a decent margin and reinvest in our stores and product development, and we’re giving them the best product at the best price.

“SM was very keen that they keep the product price in line with ours. Everybody’s on the Internet these days, they can see what our prices are back in the UK… This market is more sensitive to pricing than the UK, so we wanted to bring our premium products, not ones that you already have. We’re not a luxury brand, but an affordable luxury brand. We might be in the upper price level of what SM brings here, but I understand that the SM customer is asking for aspirational products. They might start with a pillow, and graduate to their first duvet cover. The duvet’s going to last you 10 years. It’s 200-400 thread count Egyptian cotton. You’re investing in something really worthwhile, not a throwaway merchandise.”

John Lewis characterizes itself as a “department store from birth to retirement,” so while it injects trends into its collections, they’re generally subtler than most other brands. Color palettes tend to be muted and classic. They also constantly bring back popular items, like the “Daisychain” textile print from the 1960s that has sold some two million meters to date.

The products are manufactured all over the world, though designs are done in-house. John Lewis also owns one of the last six weaving sheds in the UK, in the north of England, where exclusive fabrics, like the aforementioned King and Queen pillows, are made.