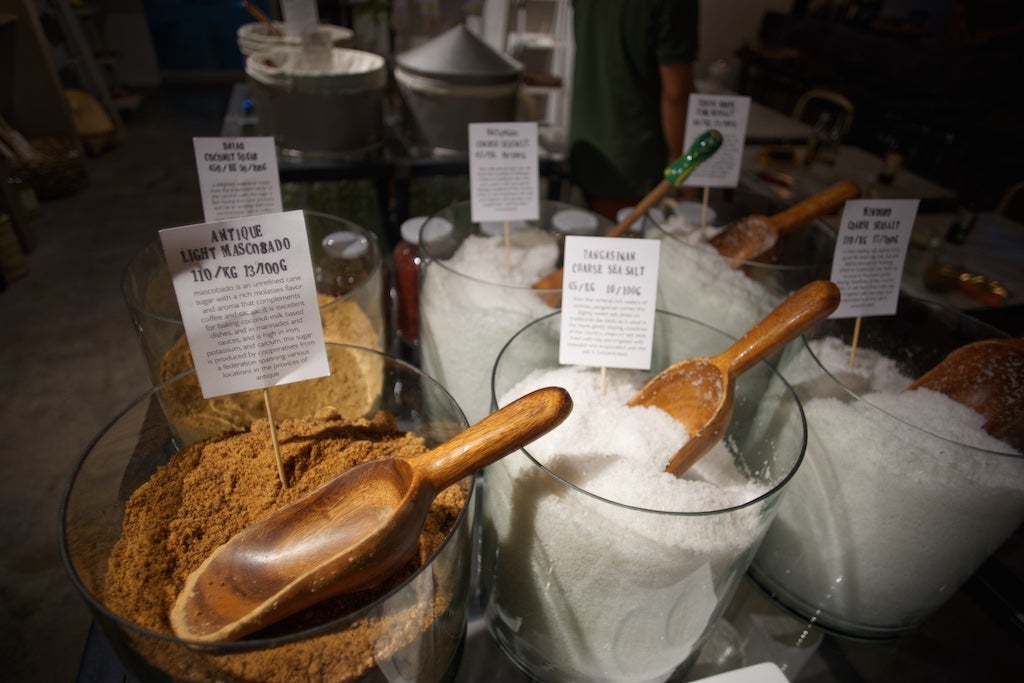 Upmarket, hearty casual grub in this ‘hole in the wall’

If the triangle defined by Ayala Avenue, Makati Avenue, and Paseo de Roxas is the plaza square of the financial district and the glittering façade of Makati, the city’s navel lies in its oldest bits: the winding streets of Poblacion, where there are still bahay-na-bato and wakes that spill out onto the street, and processions on saints’ feast days that send traffic backing up into the posh villages.

Increasing gentrification means that the houses are being demolished to give way to low-rise concrete buildings, while the perimeters of the old town are being nibbled away at the edges by high-rises.

Century Mall is the city’s newest showpiece, and even as the traffic has begun to snarl around in the narrow streets that border it, it’s impossible to dislike it completely. It’s a tasteful, well-designed mall, and had the brilliant idea of putting the food court at the top rather than burying it underground, as other malls do.

They don’t call it anything as prosaic as a food court, of course: It’s “Hole in the Wall,” a bit of irony for an upscale mall with corresponding prices. None of the usual suspects here; one has to look elsewhere for Jollibee and Kentucky Fried Chicken.

It serves the kind of food one would find in a food truck in the Bay Area: hearty casual, some ethnic, upmarket versions of classics like bakery goods and smoothies. The main problem with the area is that it feels too snazzy and not down home enough.

But it seems that the point of the whole vicinity, which includes Buddha Bar and 71 Gramercy, is to feel foreign, so in that sense it succeeds.

My family and I wandered around the area and decided on what we wanted to eat. There’s only so much one can try in a single sitting, so forgive any omissions; we promise we’ll be back.

The line was longest at Bad Bird, which also seemed the most interesting, so I dutifully joined the queue, while my wife got a sandwich at Mister Delicious, which sounds like a siomai joint but is a purveyor of cured-meats sandwiches.

The umami-coated chicken was generous in its portioning; it was spicy and flavorful, and oddly enough the one thing it didn’t seem to be was umami, or at least overly so.

I’ve had umami bombs before, either in cheap Chinese restaurants or the entrée of haute cuisine menus with a sous vide egg, mushrooms, parmesan and truffle oil, and both tend to stick in the throat and make you instinctively reach for a glass of water. The supposedly explosive seasoning was actually nicely modulated, and it was a hefty, juicy bit of chicken.

The Reuben sandwich, from Mister Delicious, was a bit too much. I couldn’t fault the charcuterie itself, which was more than competent, but the assembly of the sandwich itself left much to be desired. A structurally proper Reuben sandwich, while generally messy in nature, is supposed to remain intact and not self-destruct before it is eaten.

And the essence of a Reuben is the interplay of the acidity of the sauerkraut and the fatty tissue of the corned beef slices, both of which should not soak into the bread and render it soggy.

Similarly, a proper pastrami sandwich should seem a little dry at first, and then surprise you with its natural smoky juiciness when bitten into. In this case, the quality of the bread is paramount, as is the pickle.

In both cases these were good cured meats in bad relationships.

On the way home, I stopped for something completely different in a shop that used to be in an actual hole in the wall, at the Collective beside the train tracks in Yakal, but which has moved to smarter digs on Pasay Road.

Bea Misa’s Ritual is to organic and locally sourced food what Firma used to be for decorative knickknacks back when it was a small shop with an adorable Jack Russell terrier in Malate: a selection (no one used the word “curated” back then) of beautiful, unusual things the owners sourced from their travels.

Ritual got famous for its cocoa products and the authentic gritty chocolate that Misa would make from it (which you can have in the shop), but there is much else: salt from around the country, various leaves and barks, lambanog, skin products, cheese and butter.

I’ve raved about the butter, which was a joint project with Black Sheep’s Jordy Navarra: It’s fermented carabao milk butter from Negros.

There’s more than enough to recommend a visit (it’s tucked away on the second floor of the Languages Internationale building, across New World Hotel). But the good news is that there’s more to come. The little stall at the Collective seemed to be bursting at the seams, but in the new larger space it looks like it’s waiting to grow, which Misa promises it will, soon.

Another sourcing trip is coming up in a few weeks and she is looking, among other things, for the perfect bagoong, traditional-style, fermented the full period and seasoned as it ages.

Even as the ancient neighborhoods of Makati are being torn down, the old ways are resilient and make their way back into the culture.

Hole in the Wall is at 4/F, Century Mall, Kalayaan Ave., Makati