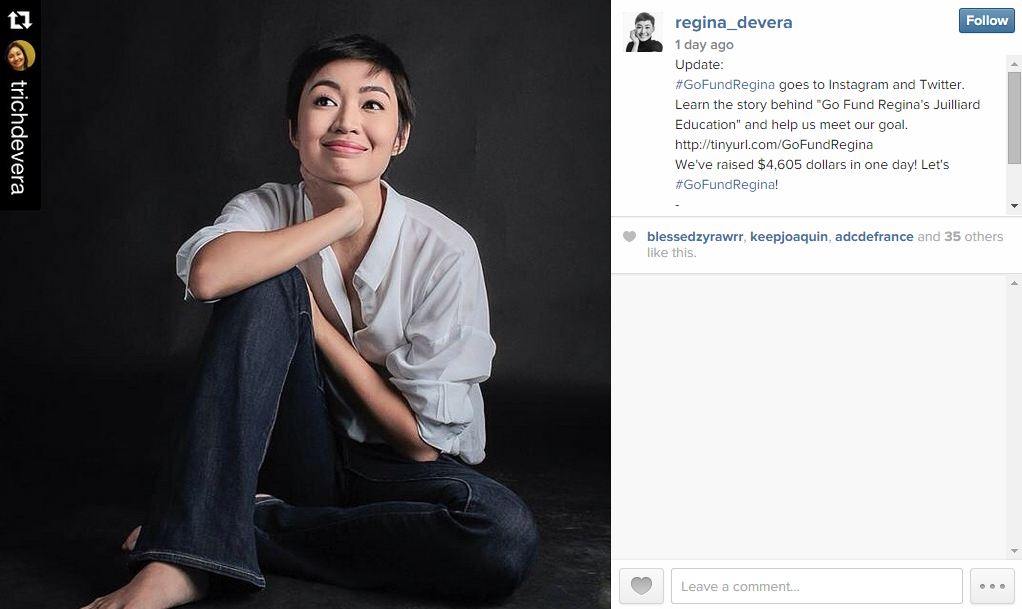 A Filipino theater actress has been accepted to New York’s prestigious Juilliard School of performing arts, but she is still millions of pesos away from pursuing her dreams.

Out of an initial pool of about 2,000 applicants, Regina de Vera, a resident actor of the Cultural Center of the Philippines’ Tanghalang Pilipino Actors Company, was one of the 18 people admitted to Juilliard’s four-year Masters of Fine Arts in Acting program.

In her Instagram post, De Vera said she used her childhood savings to make it to the auditions of Juilliard’s Drama Division.

“This opportunity comes rarely in the lifetime of an artist especially for someone born and raised in the Philippines,” De Vera said. “I am determined to pursue this path and hopefully make my country proud.”

The Ateneo de Manila University graduate said Juilliard granted her a scholarship of $26,000 or around P1.16 million.

De Vera has launched an online campaign “#GoFundRegina” through the fundraising site Indiegogo, asking the public for monetary donations to subsidize her expenses.

“Any amount that you contribute will matter. If you could also help by sharing my story, I would greatly appreciate it,” she said.