We put this phone’s battery to the test | Inquirer Lifestyle 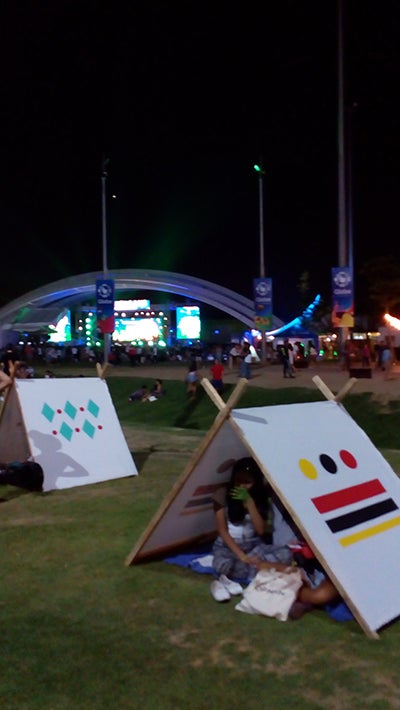 THE LENOVOP70 is a perfect companion for free spirits.

We put this phone’s battery to the test

When you draw out your cell phone—er, your life—to find out your battery would be drained in a couple of minutes, you feel like life is shutting down on you. It’s like brownouts.

A drained phone sucks the color out of your world more efficiently than a heartache would, especially when you’re in events like Wanderland, prepped to take selfies and subtly brag that you’re in the midst of young indie souls, because hippie is such a trend nowadays.

The thought of an empty battery is especially close to reality for me, whose handset now only lasts an hour. It goes out and so becomes no better than a rock several times. On some occasions, it indicates a 50-percent charge and then just dies.

So when Lenovo told Inquirer Super to test P70—capital P for “power”—at the Makati Circuit event on Saturday, I gave an immediate nod. If anyone should test the mettle of a phone that boasts a battery life of 30-plus days on idle, it should be me, a social-media addict who needlessly live tweets like it’s his second nature.

Good, I thought. If that battery edge is true, I might just be able to enjoy the universe of food, booze, music and indie merchandise at Wanderland—and update my Instagram, Facebook and Twitter accounts on the side. I woudn’t have to scramble for an outlet. (Thank God, because the charging stations were always full.)

I was at the fest at sundown, with the Lenovo P70 at 90 percent (It was recharged the night before, and used beforehand to lurk on Facebook and Twitter). I immediately hooked it up to a WiFi network.

I was taking photos left and right, tweeting some of them. The good ones, I put on Instagram (and still shared on both Facebook on Twitter for impact). I took videos of every one of Hale’s hits, and then Augustana’s live performance of “Boston,” which someone requested via Twitter.

The phone did not lag at any point, and the 5-inch screen only highlighted how high-definition the phone’s display is.

At 12:33, while I and the other Inquirer people were looking up at an unfortunately starless sky, while sitting on the grass just minutes after the festival ended, the Lenovo P70 had over 18 hours of power left. I even used that charge to cover an art exhibit the next day.

In comparison, post-event, my other phone had already emptied two powerbanks and was just 70 percent full.

The P70 is a little thicker than other phones to house the 4000mAh battery, but not too bulky it’s unmanageable. In fact, it’s lightweight. The unit also has a fast-charging capacity so it’s full in three hours—and can last three hours on a 15-minute charge. It has a patented power-saving software that can clamp down on the energy consumption, too.

I enjoyed Wanderland without worrying that the multicolored spotlights would turn gray scale on me. On that count, I think the #AlwaysOn tag is not wrong, and the phone fits on-the-go souls like me.