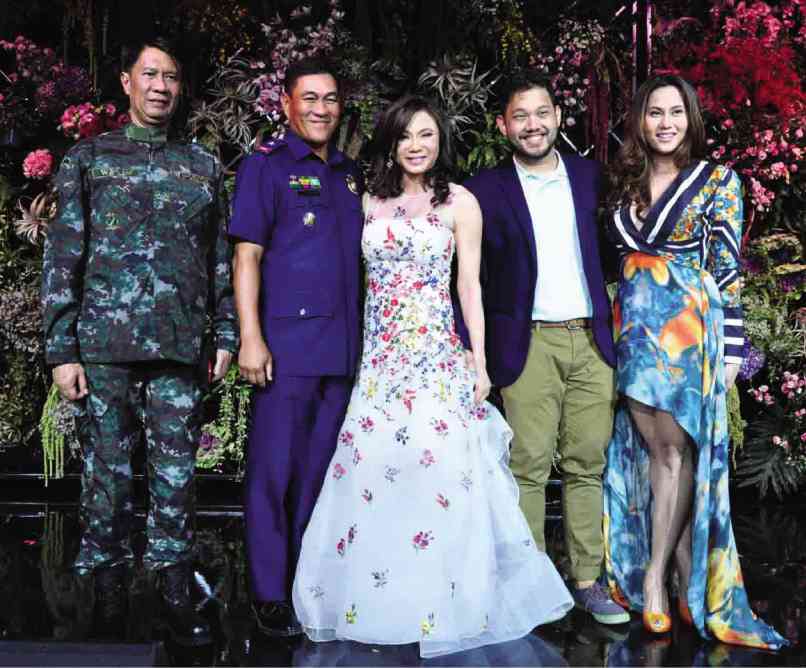 Belo Medical Group is marking its 25th anniversary with a year-long celebration.

Recently Belo Medical Group teamed up with Global Port, for the 1st Belo Polo Cup at the Manila Polo Club.

The polo tournament was the brainchild of Joji Dingcong, publicist of Belo Medical Group.

The event was one for the books since it was one of the most-attended polo matches ever held at the club.

We watched the match. Team Philippines was led by businessman Mikee Romero of Global Port. It was a close and exciting bout with Team Philippines taking away the cup with a whopping 13-9 score. Top player Anthony Garcia was named Most Valuable Player.

Belo Medical Group   invitees from all over the world watched and lounged under the protection of Belo umbrellas that adorned the outdoor lounge.

The whole event was under the creative leadership of Belo Medical Group managing director Cristalle Belo-Henares.

Garlic Garcia was creative collaborator while Barbie Pardo was the stylist.

Fifi L’ Amour, the special bubbly, overflowed during the event, thanks to our palangga, banker Andrew Gan, and to architect-interior designer Jonathan Matti.

Inspired by the vision to make every Filipino beautiful, one person at a time, the Belo Medical Group, with Dr. Vicki Belo as CEO and medical director, has been the dominant force in dermatology and cosmetic surgery for 25 years now.

Apart from the grandiose celebration, the night was also a thanksgiving for 25 Belo beautiful years. Belo Medical Group has pioneered the latest innovations in dermatological care and cosmetic surgery.

It was also an occasion for giving back. Part of the entertainment program that evening was a tribute to the the Fallen 44, the valiant men of the Philippine National Police Special Action Force.

Having reached a milestone in its operation, Belo Medical Group pledges it will continue to provide world-class quality service that clients can find “Only in Belo.”

The formal launch was a grand but fun affair, dahlings, and, naturellement, it was stylish. It marked no less than Debenhams’ 10th anniversary in the Philippines.

Under Store Specialists, Inc., its Philippine distributor, the British retail company took up an impressive 13,000 sq f with different compartmentalized options for every one and every wear.

There were food stations serving mouthwatering European snacks from crepes to fish and chips, natch.

Debenhams flagship store promises to give its customers an exclusive mix of 20 different brands paired with a world-class shopping experience, no less.

Rustan Specialty Concepts, Inc. is the official franchise holder of Debenhams in the Philippines.