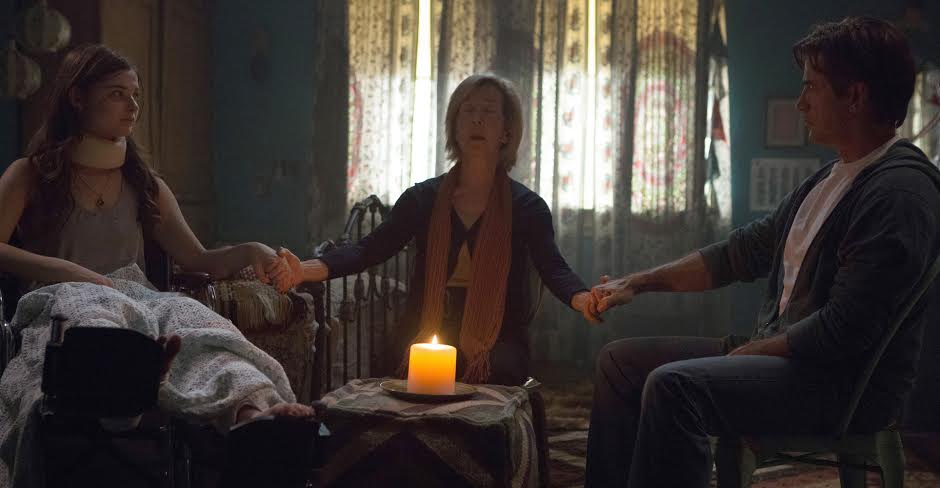 IN "Insidious: Chapter 3," psychic Elise helps distressed teenager Quinn Brenner, who believes that her deceased mother is trying to communicate with her

THE THIRD installment of hit horror franchise, “Insidious,” will take its followers to the harrowing experiences of strong-willed psychic Elise (Lin Shaye) before she met the Lambert family.

The members of the Lambert family are the main characters in the first two “Insidious” films. They were haunted by spirits from a place called The Further.

In “Insidious: Chapter 3,” writer and director Leigh Whannell goes back to a previous confrontation of Elise with the spirits from The Further. In the film, the psychic is helping distressed teenager Quinn Brenner (Stefanie Scott). The teen believes that her deceased mother is trying to communicate with her.

The teen, who recuperates inside her room from an accident, is attacked by an evil entity. Elise becomes protective with Quinn against the spirits but she becomes hesitant in using her abilities.

“(In the first two films,) Elise had been killed off as part of the struggle to save the Lamberts, but “I love the character and I wondered how I could bring her back,” Whannell said. “I started to devise an origin story where we could explore Elise’s background.”

Shaye, who won several acting awards for portraying Elise, was impressed by how Whannel wrote the script for the third film.

According to the actress, she likes the story of the new movie because the filmmaker gives a background of her character and what guided her to become a strong and powerful psychic.

Producer Oren Peli said that aside from Elise’s story, the audience will also get to know more about The Further, another important figure in the previous “Insidious” films.

“We learn more about The Further in this movie—but from a different angle. This take has elements the audience hasn’t seen in the previous movies,” Peri said. “it’s a great story that transpires in a new universe.”

Whannel said his approach is to bring back the realistic horror tone given by the first “Insidious” film. He added that he wanted the characters of the film to have no clue on what’s going to happen and where no one imagines what will happen next.