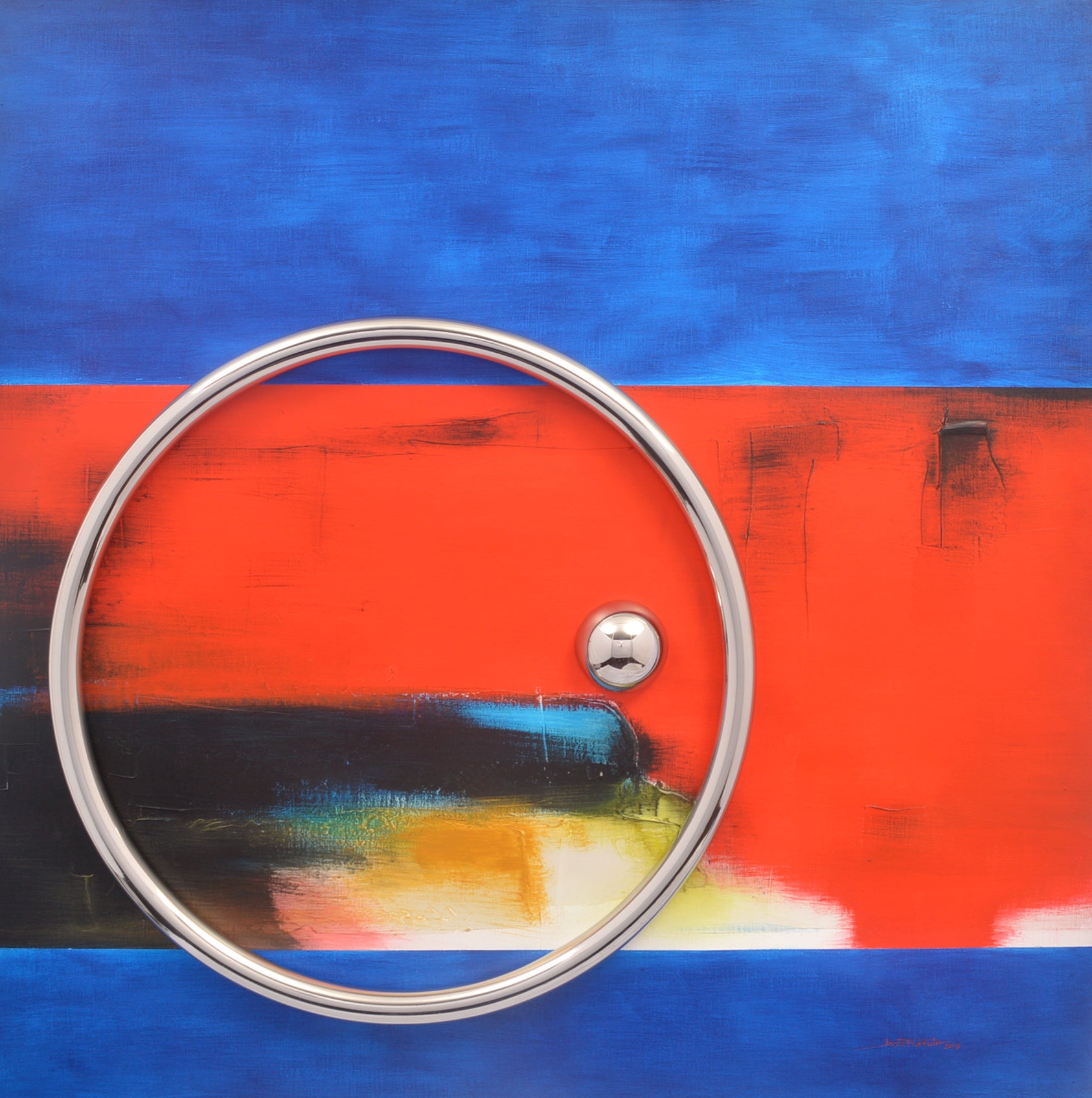 JOE Datuin is an artist renowned for his ability to use lightly visualized symbolism in stainless steel.

His circular abstractions have garnered renown and awards for demonstrating the unity of form and material. He produces art that is accessible yet thought-provoking.

“When people see my art, I don’t want their eyes to bleed,” he says. “I believe it’s possible to make great art through simplicity.”

Datuin’s latest works will be on exhibit at The Atrium of the Podium Mall, June 1-5, with an ppening reception on June 2, 6 p.m. Organized by Galerie Joaquin, “Metal Abstractions” reveals a new direction for the artist.

Born in 1956 in Dagupan, Pangasinan, but raised in Tondo, Joe Datuin grew up fascinated with art. On family trips to Pangasinan, he would observe his uncles who worked as signage painters for cinema announcements.

The passion for visual arts led him to enrol in the Fine Arts program of University of Santo Tomas, where among his professors were modernists Angelito Antonio, Leon Pacunayen, Mario Parial, Leonardo Hidalgo, Cenon Rivera, Bonifacio Cristobal.

He was contemporary with social realist Jose Tence Ruiz and shared the same building with Thomasian sculptors Ramon Orlina and Eduardo Castrillo, who were studying Architecture.

At UST, Datuin proved himself a prolific student. He joined, and won, several art competitions while studying, culminating in the Benavides Award in 1977, an award named after the founder of UST and given to the best graduating students.

The following year, he won an award for sculpture at the Art Association of the Philippines annual art contest.

He   juggled teaching evening classes as an instructor at UST while holding a job at the Design Center Philippines, where he designed products under the guidance of J. Elizalde Navarro and Arturo Luz.

In 1980, he won a special award at the Moscow Olympic Games International Poster Design Competition.

In the mid-’90s, Datuin completed an artist’s residency program under the Freeman Asian Scholarship at the Vermont Studio in New York.

What really landed him on the international art map was “Dancing Rings,” his sculpture that won the Grand Prize in the 2008 International Olympic Committee Sport and Art Contest (Sculpture Category) at Lausanne, Switzerland.

By deconstructing the Olympic rings and harnessing elegance, symmetry and motion out of gleaming steel, Datuin not only demonstrated the values of the Olympic movement, but also brought about an interesting new form and approach to sculpture.

In his latest exhibition, Datuin brings to the fore the Japanese paper art of origami, rendering Japanese motifs in stainless steel.

The exhibit will move to Galerie Joaquin Podium (LG/L, ADB Ave., Ortigas Center, Pasig City), where it will run until June 15.