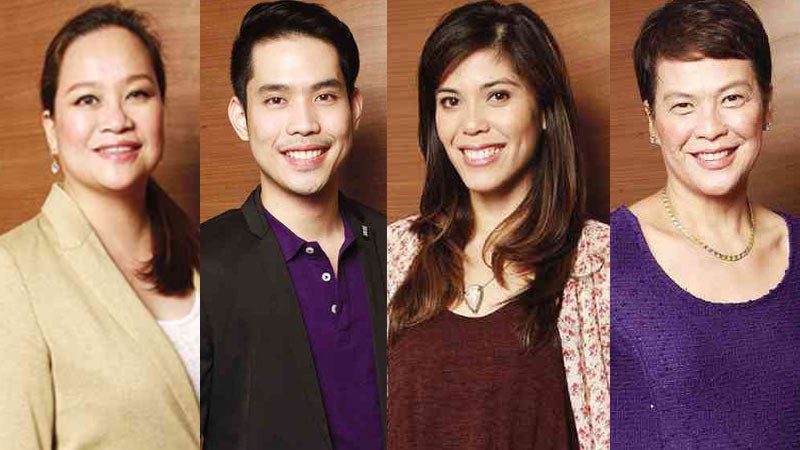 Because this disease is caused mainly by the easily contracted HPV virus, early detection and prevention are critical, say experts

This is the extreme age range of patients diagnosed with cervical cancer that obstetrician-gynecologist Dr. Esther Rhadamanthine V. Ganzon Jr has encountered.

Every day, seven women die of cervical cancer, the second most common cancer among Filipino women, according to a 2014 report from the World Health Organization. (The most common is breast cancer.)

Cervical cancer is caused by the human papillomavirus (HPV), which contaminates eight out of 10 women in their lives, says the Philippine Cancer Facts and Estimates.

Dr. Ganzon said, “HPV is transmitted through skin-to-skin contact. Sexual penetration is not necessary to pass on the virus. Any form of sexual intimacy like heavy petting or oral sex, can transmit HPV. The condom is not an effective protection. It merely covers the penile shaft; most of the skin around the genitals of males and females come into contact anyway. HPV lives in epithelial cells in the skin.”

HPV infection is not easily detected unless the woman undergoes a pap smear. “The doctor will detect the pre-cancerous lesions and treat you as needed. If you are not screened yearly, most likely you will develop precancerous lesions, and it can take 10 to 15 years for it to be a full-blown cervical cancer,” explained Ganzon.

In the late stages, the symptoms are manifested in abnormal uterine bleeding or bleeding after sex, pelvic and leg pain and foul-smelling vaginal odor. Weight loss and bloody urine occur in the advanced stages. A patient’s chances for survival are a slim 20 percent within five years.

Early detection and treatment can increase the patient’s survival by 80 percent. The common treatments are surgery in the early stage, performed by specialists such as Ganzon, and chemotherapy and radiation in the advanced stages.

Cervical cancer vaccination is another prevention method.   The vaccine is a three-dose shot given to girls as young as 9 years old, or before she becomes sexually active. “It provides the antibodies to fight the virus later in life. Antibodies can stay for 20 to 50 years, depending on immune system,” she said.

Women with multiple sexual partners and those who engage in sexual intercourse immediately after puberty are at high risk.

She noted that her nonagenarian patient was diagnosed with cervical cancer 20 years after her husband died. “You can get cervical cancer even if you are not sexually active but have been active previously.”

Ganzon heads the gynecological department of Parañaque Doctor’s Hospital and is a consultant at the Asian Hospital and Medical Center. She has also worked in charity hospitals such as the Philippine General Hospital (PGH).

In a clinic in Cabanatuan, Nueva Ecija, she discovered that half of the 500 cancer patients were diagnosed with cervical cancer.

Ganzon admitted getting shocked at the sexual behavior of the youth these days, such as in ninja sex parties in which participants allegedly go to a venue, are blindfolded and have casual sex with strangers.

Although statistics from PGH and Jose Reyes Memorial Medical Center report 6,600 cases a year, Ganzon believes that the actual numbers can reach 10,000.

“Many cases are not diagnosed properly as cervical cancer so the statistics are underrated,” she said.

She added that cervical cancer screening is almost nonexistent, even if it is funded by the Department of Health. Despite the free tests, women in the lower income groups don’t make their health a priority.

Ganzon has been touring the country with the multinational pharmaceutical company, GlaxoSmithKline (GSK), giving lectures to doctors and lay people about cervical cancer awareness.

Mark Castillo, GSK associate product manager for HPV and hepatitis, said its “Power Over Cervical Cancer” program is part of a continuing campaign on educating women.

GSK Philippines works with VMV Hypoallergenics, which offers its purple lipstick as symbol of support.

GSK has been producing campaign materials in Pilipino to target women from the Philippine Economic Zone Authority and maritime organizations, particularly wives of seamen.

During the press conference for “Power Over Cervical Cancer,” Rosali Anne D. Avila, a double survivor of breast and cervical cancer, revealed the benefits of early detection.

Avila was diagnosed with stage 3 breast cancer. Before undergoing chemotherapy, she had a health screening which included a pap smear. She found out that she was also in the second stage of cervical cancer, characterized by bleeding and a local tumor.

For 18 months, she underwent 19 cycles of chemotherapy for both cancers. The treatment also included brachytherapy, an internal radiation specific to the cervix.

Her program was completed last January and her recent test results were optimistic.

“The biggest takeaway is the lifting of my spirit,” she said.