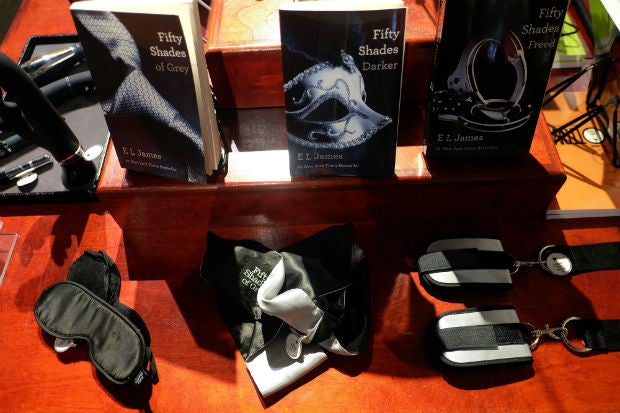 Author EL James delighted fans Monday by announcing that she is publishing a new version of her sexually explicit novel written from the point of view of the tormented tycoon and not the shy, young object of his desires, Anastasia Steele.

The new book, entitled “Grey: Fifty Shades of Grey as Told by Christian,” will be published on June 18, the fictional character’s birthday, the author announced on her website and social media.

Her “Fifty Shades” trilogy is a record-breaking contemporary publishing phenomenon, selling more than 125 million copies worldwide and translated into more than 50 languages.

Within hours, her Facebook announcement clocked up more than 143,200 likes and shares.

“You just made my day, week, month!!!!!” and “Excited! Can’t wait! Thank you E L James” were just two of the thousands of comments from overwhelmed fans.

The British author, a married mother of two from suburban London, worked in television for 25 years before spinning the tale of sadomasochistic love between Grey and Steele.

The runaway success of the novels has been credited with creating a new genre of adult literature, spicing up sex lives and fueling a boom in sales of bondage gear and sex toys.

It has also spawned mega bucks at the box office.

In February, the first of the books was adapted into a Hollywood movie starring Jamie Dornan and Dakota Johnson scored the biggest box office opening of the month ever, and two follow-up films are scheduled for release in time for Valentine’s Day in 2017 and 2018.

The racy bondage flick has grossed more than $569 million at the box office despite being plagued by poor reviews, doubts about real-life chemistry between the stars, and difficulties between James and director Sam Taylor-Johnson, who has not signed on for the sequels.

Dornan and Johnson, however, are expected to reprise their roles in subsequent films, to be written by Niall Leonard, James’s husband.

“Christian is a complex character,” wrote James on her website, “and readers have always been fascinated by his desires and motivations, and his troubled past. Also, as anyone who has ever been in a relationship knows, there are two sides to every story.”

She describes her hero as a man who exercises control in all aspects of his life. His world is neat, disciplined, and empty — until the moment that Steele stumbles into his office.

“What is it about her that captivates him? Why can’t he forget her? He is swept up in a storm of emotion he cannot comprehend and cannot resist,” James wrote.

The new book will be published simultaneously by Vintage in the United States and Penguin Random House in Britain.

James’s editor at Vintage Books said she was “incredibly excited.”

“Fifty Shades of Grey is a love story that has enthralled readers in a way that few books have,” said Anne Messitte.

“I can’t wait for Fifty Shades fans to experience the work again from a perspective they have long desired,” she added.