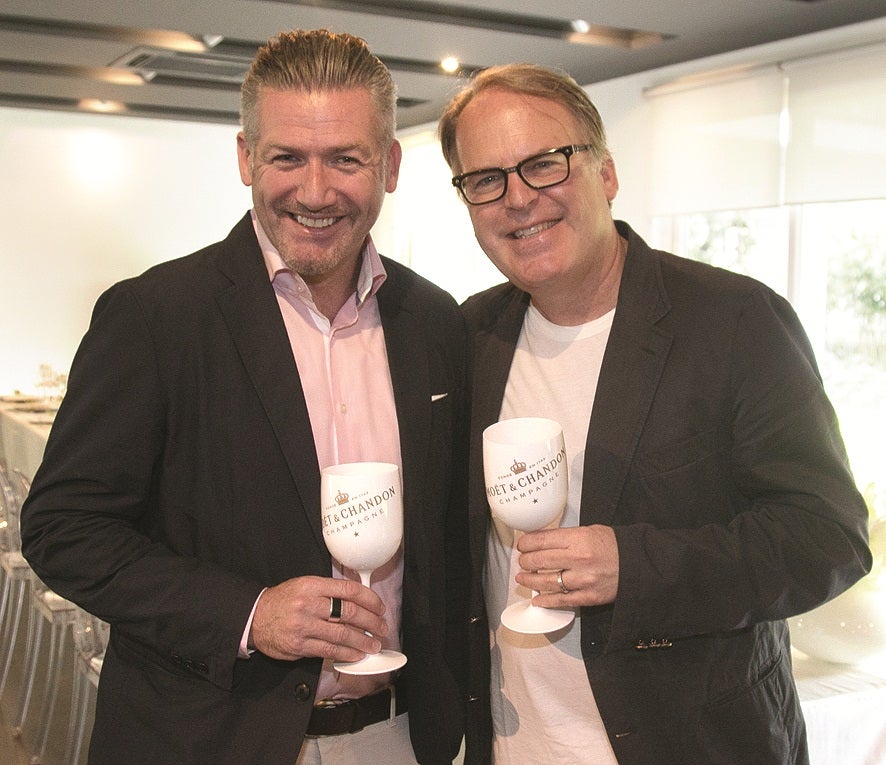 For several years now, the Philippines has been ranked one of the top 10 countries in the world for alcohol consumption per capita, said Steven Bullock, managing director of Moet Hennessy Philippines. As the country’s economy continues to shine, its ranking is bound to go higher.

But while a growing number of Filipinos can now afford to buy premium wines, many still prefer locally produced beers, brandies, rums and gins.

Bullock, a native of Australia, has a simple explanation. “There isn’t a large wine-drinking culture in the Philippines because there’s no wine from grapes produced here,” he said. “It remains a challenge for us.”

But thanks to the country’s alcohol-drinking culture, Bullock considers the challenge half-met. A year ago he moved to Manila from Moet Hennessy’s regional office for emerging markets in Singapore.

“One of our tasks is to educate and introduce premium wines to the market,” he said. “And champagne happens to be one of them.”

Bullock hopes to expand Moet Hennessy’s business locally by making the most out of the country’s thriving economy and busy nightlife.

Suckling recently met with journalists during an exclusive five-course lunch prepared by the Peninsula Manila at a private residence in Forbes Park. Each course was paired with Moet & Chandon champagne, including Brut Imperial, Rose Imperial and its prized 2004 Grand Vintage.

The same applies to champagne, which is basically white wine bottled and fermented a second time with yeast and sugar. The process, which could last up to six months, begins once yeast starts eating the sugar.

The byproduct of this process is carbon dioxide, or trapped bubbles that soon transform plain white wine into sparkling wine.

“But people also have to realize that a good bottle of champagne is not just about bubbles,” Suckling added. “Again, it’s about good wine sourced from an amazing region with a unique history, climate and geology.”

That’s why it’s wrong to label all sparkling wines “champagne.” Only champagne produced in France’s Champagne region can be called such.

“I’ve been sipping champagne for almost 40 years now, and it’s unique unto itself,” he said. “The Champagne region’s unique soil andmicroclimate enables it to produce unique wine. The French are just lucky that Champagne is in France. God gave it to them.”

Suckling has nothing against sparkling wines produced in Italy and elsewhere. In fact, he also enjoys a good glass of chilled Prosecco or Franciacorta from Italy’s northern regions.

“But never call anything produced outside Champagne champagne,” he said. “I hate it when people do that. That could mean instant firing from my company.”

Depending on the type of champagne and the vintage, certain Moet & Chandon champagnes remind Suckling of the scent of dried mangoes, melons and even a whiff of bread dough.

He could even catch hints of chalkiness since the Champagne region’s limestone soil responsible for producing certain grape varieties is chalky.

And once it touches the mouth, an ideal glass of champagne should have a creamy, almost silky texture. You don’t want it frothy, like drinking a mug of Heineken.

Frothy champagne is a telltale sign that it wasn’t aged properly. To have fine bubbles, white wine should be given enough time to age with the yeast.

“And once you taste it, you get hints of lemon, sliced apples and tiny bits of pears—nothing heavy,” Suckling said.

While winemakers at Moet try to maintain the consistency of the house’s champagne, there have been “special” years like 2002, 2004 and 2006 that enabled them to produce vintage champagnes.

That’s why there’s a saying in Champagne that while “ordinary” champagne is made by men, the vintage is “made” by God.

But not all vintage champagnes are created equal. Based on their respective produce, Champagne’s various winemaking houses may not even agree on declaring a specific year “vintage.”

Since champagne is essentially an agricultural undertaking and not an industrial product like Pepsi or Coke, the result is always subject to nature’s whims, he said.