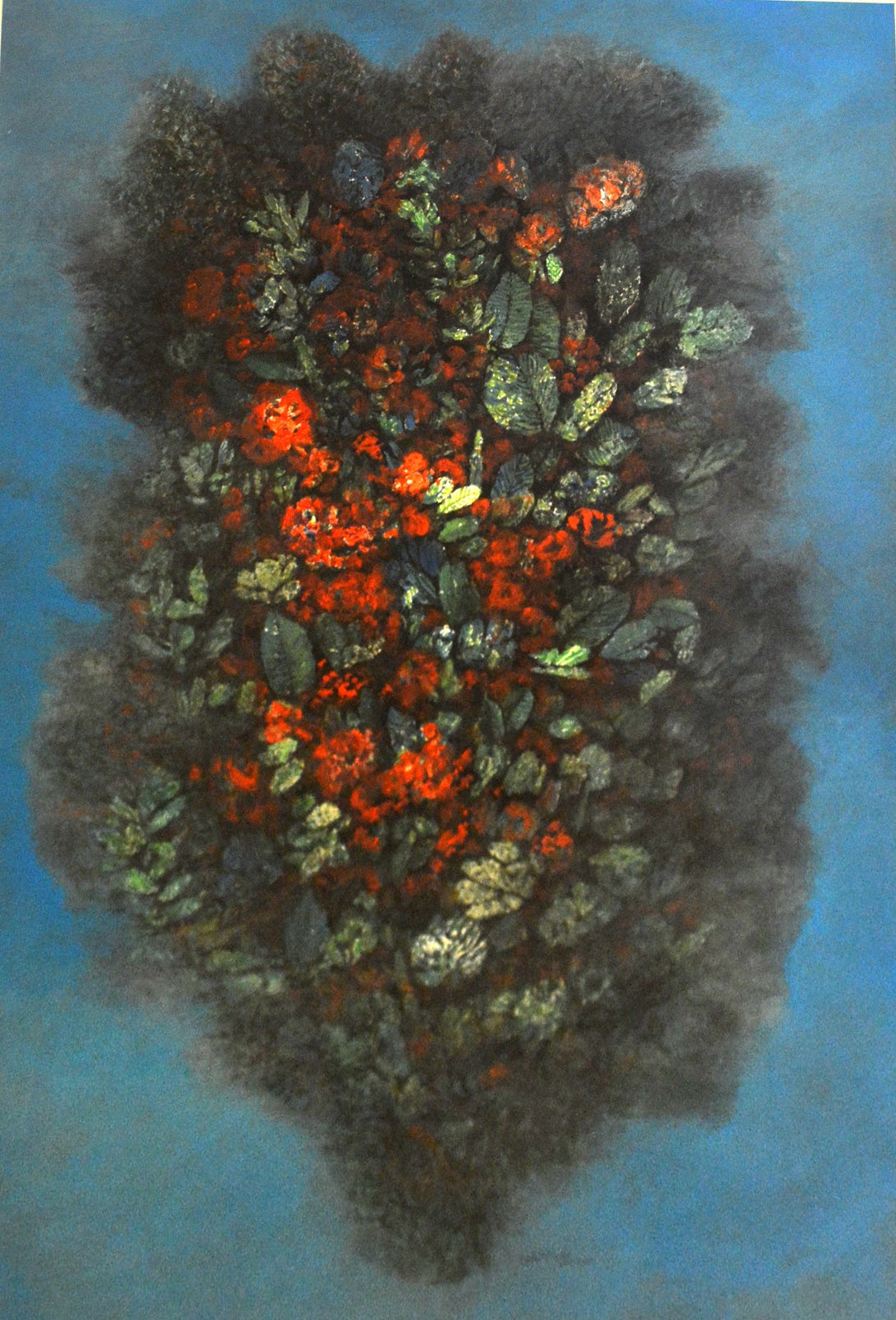 ON JUNE 21, the inaugural exhibition of Museo Sansó, “Unveiling Sansó” will end.

This means the general public has less than three weeks to see the vast and definitive exhibition that traces the progression of Presidential Medal of Merit Award recipient and foremost modernist Juvenal Sansó.

In “Unveiling Sansó,” the museum displays representative artworks from the different periods of the artist’s career, from his early works to his recent ones. In the process, attempts to share a glimpse of the artist’s rich and textured life.

The museum collection contains early award-winning artworks, oils on canvas, sketches, drawings, prints and acrylic paintings. It also has a significant collection of his little-known works such as his textile designs, opera set and costume designs, as well as his personal archive.

“Unveiling Sansó” attempts to trace the connections in the many media the Catalan-born has excelled in, which are represented in his personal collection. Causality and influence are the themes.

With a stellar career in the arts spanning 65 years, Sansó has earned three medals of distinction from the three countries he has resided: King’s Cross of Isabela from the King of Spain, Order of Chevalier from the French Government and Presidential Medal of Merit given by the Republic of the Philippines.

“You cannot replace the artist, the person behind the art,” Sansó told art critic Leo Banesa, on the occasion of his retrospective at the Cultural Center of the Philippines in 1974. “There must be that personal impact of an irreplaceable human life. That’s what I’m interested in art after all—humanity, felt and expressed by an exceptional person.”

Museo Sansó is part of Fundacion Sansó, a nonprofit organization dedicated to preserving the legacy of Sansó.

Museum-goers may want to try Cafe Sansó, which serves a variety of pastas, soups and sandwiches inspired by the artist’s Spanish heritage. Open every day, 11 a.m.-10 p.m., the café has become one of the most talked-about culinary destinations in the city.