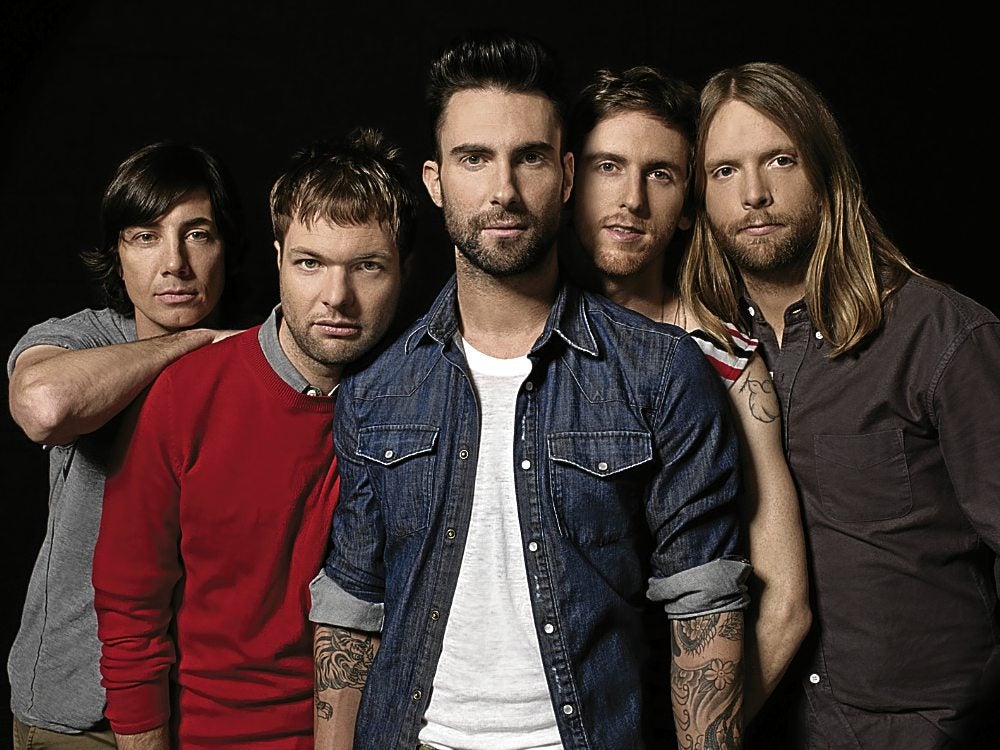 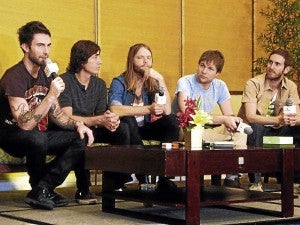 IT’S 2005. At the end of my phone interview with Maroon 5 frontman Adam Levine for 2bU!, I had casually popped the question: “Will you marry me?” “Of course! Let’s do it,” he had replied, just as casually. “Great. So I’ll be waiting till you come here, then.” “Okay, perfect.” It wasn’t until I’d replayed the tape recording for my squealing friends hours later that it hit me: Holy crap, I’ve just gotten engaged to Adam Levine! 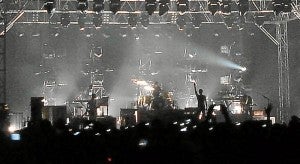 Fast-forward to May 23, 2011. Never mind that I didn’t get to see the band during its 2008 visit; fate gave me a second chance to remind Adam of our long-standing engagement, and I wasn’t about to let it go to waste.

I’d brought proof in the form of a well-preserved copy of my 2005 phoner article. People from the record company and the press were even in on it. And I’d even worn a white dress. The stage was set; all I had to do was to pop the question again, this time in person. 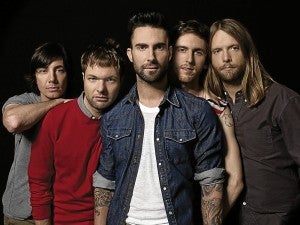 As it turned out, the press conference was very short, leaving no room for meet-and-greets. When the band finally entered the jampacked Garden Ballroom at Edsa Shangri-La, I could’ve sworn I heard everyone’s hearts stop beating, including mine.

The nonstop touring for their latest album “Hands All Over” might have taken its toll on them, but the Grammy-winning group still had plenty of boyish charm and humor to spread around. “We want to say that PJ’s not with us right now, he’s still upstairs washing his hair for the concert,” Jesse joked to the tittering crowd about their absent “sixth member” (who, quite ironically, sports a buzz cut).

Anyone who claims to be the boys’ number one fan will be hard pressed to beat the American girl who’s closest to their hearts: “Heather’s our biggest fan, probably in the world. She’s been to probably more shows than any other person,” Adam shared.

As each of the guys drew questions out of the box, I wished like mad they’d pick my ballot containing my “re-proposal.” But in the end, they didn’t. Ten minutes, seven questions, none of them mine. As Adam walked past me, I debated on whether to shout, “Hey Adam, it’s me, your fiancée of six years,” or run up to him and toss him the article before his bouncer tackled me to the ground. But I only ended up staring after him with my jaw—and heart—dragging on the carpet.

Adam wasn’t kidding when he promised that the show at the SMX Convention Center was going to be amazing, because it was. The term “high-energy” couldn’t even capture it; the band gave an explosive, jaw-dropping performance, performing 14 of their hits from their three albums plus  three encore songs, ending with the breezy feel-good classic “Sunday Morning” from the quadruple platinum debut “Songs About Jane.”

It was a hair-raising moment when, while playing “She Will Be Loved,” Adam divided the crowd to sing “I don’t mind spending every day/ out in your corner in the pouring rain” and “She will be loved” simultaneously on repeat. Nothing beats Pinoys when it comes to singing along during concerts.

My “wedding preparations” might have been an epic failure, but I figured that if I couldn’t publicly reaffirm myself as his official fiancée, the least I could do was to profess my undying love as a fan. And that I did, along with thousands of fellow Mrs. Levine hopefuls who got to watch him and the rest of the band seriously rock Manila that rainy Monday evening.

Moral of the story? Don’t go tossing marriage proposals to random hot vocalists during phone interviews, because you never know who else might arrive in town. Adam, if you’re reading this, please don’t make your Filipina fiancée wait another six years to make you say “I do.”