The outrageous jock named Papa Jack: Why even the chi-chi set is talking about him | Inquirer Lifestyle ❮ ❯ 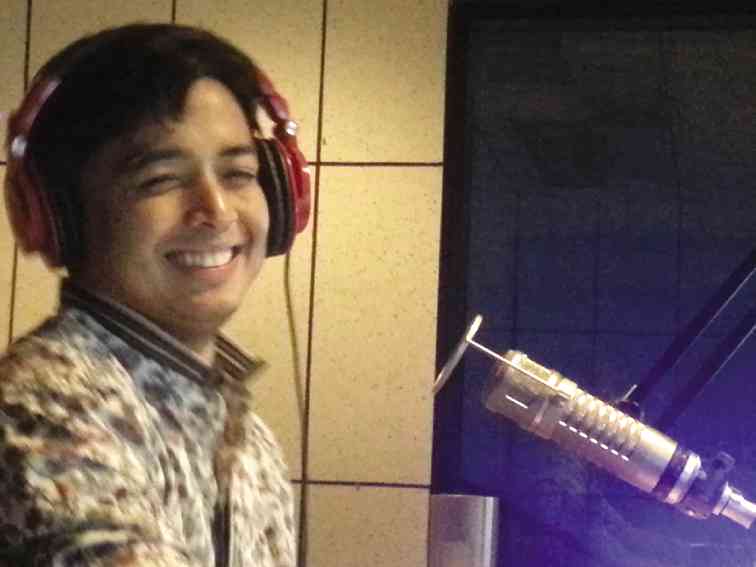 PAPA Jack says he doesn’t really give advice to the lovelorn: “I just confirm what people already know.” POCHOLOCONCEPCION

The outrageous jock named Papa Jack: Why even the chi-chi set is talking about him

It’s a few minutes past 9 p.m. on a Wednesday and Papa Jack is cheerfully greeting his listeners on air. Looking hip and dapper in a floral-print shirt and flashing a disarming smile, the popular DJ, who can be mistaken for a matinee idol, welcomes Inquirer Lifestyle inside the booth of Love Radio 90.7 FM, where he hosts his top-rating show “True Love Conversations” Mondays to Fridays, 9 p.m.-2 a.m.

We are here to hang and chat with late-night radio’s love guru, in between his much-anticipated on-air advice to callers. Countless people—especially workers on the night shift, taxi drivers—are tuned in, eavesdropping on these intimate chats.

What’s surprising is how his listeners span social classes, including snooty women who admire his being a good conversationalist, a trait that stands out as he admits to a love of reading about science and history.

“So, weirdo ako, boring,” he announces on air. Who would be patient enough, he continues, to listen to him talk about his interest in Marie Curie, Michael Faraday, what DNA means, or Shakespeare’s sonnets?

Canned laughter is heard—the jock making fun of himself.

Papa Jack says he doesn’t really give advice to the lovelorn: “I just confirm what people already know.”

Talking to his first caller—a young woman from Ilocos who wants to eyeball with a stranger she met online—Papa Jack goes ballistic and blurts something in Ilocano, which he also translates in Tagalog: “Kakamutin kita ng kutsilyo, ang kati mo!”

It’s the kind of humor that his loyal listeners get a kick from, and which has spawned Papa Jack imitators on other FM stations.

But who really is Papa Jack?

His personal life is as colorful as a teleserye. The second of six siblings, he was born John Gemperle to parents who separated when he was young.

He casually mentions that his mother is his father’s “pangatlo” or third partner, and that all children, including those from his dad’s first and second families, add up to 16. But they’re all in good terms, he says—in fact, all three families see each other regularly.

He has even sent two of his relatives to school.

But he points out that from the Gemperle clan, his family’s branch went through hard times: “Kami ’yung naghirap.”

He notes that growing up poor became bearable because his mom had a quirky sense of humor: “Sasabihin niya, ‘O, kainin niyo na yung fried chicken, nasa ibabaw ng piano.’” The food was not chicken, and certainly there was no piano in the house, he recalls.

But he’s pretty sure that his wit came from his mom’s “pilosopo” attitude.

Hard times did not deter him from finishing a mass communications course at Polytechnic University of the Philippines, where his schoolmates knew him as a brutally frank person.

“I was often misinterpreted,” he says, adding that he kept only a few friends during college.

He got married recently to a woman he met during a photo shoot in which he was the photographer. She works at Solaire Resort and Casino.

He has a 10-year-old daughter from a previous relationship; he’s friends with his ex, who allows him to bond with the kid on weekends.

The kid, who has tagged along to the radio station this Wednesday night, waves at him from behind the glass booth. “I call her Klong-Klong,” he says, pointing out that parents never really outgrow their fondness for their children as babies.

Resuming his on-air spiels after playing a few songs and a number of advertisements, Papa Jack reminds listeners about the pitfalls of getting into romantic relationships without fully knowing each other.

It is now 11 p.m. and the DJ’s booth slowly fills up with Papa Jack’s fans, who are allowed to sit around and take photos with him. Later on, he says, taxi drivers, hordes of them, will visit him, too.

He’s been doing this gig for the past 10 years, with hardly any leave of absence. “The most was 10 days within those 10 years,” he says.

Inevitably he got tired; one day he told management that he wants to quit. Which he did.

“Burnout,” he explains his resignation. He also felt something missing, a promotion perhaps, as a reward for his hard work, but didn’t have the guts to ask for it.

After seven weeks of absence, he decided to come back, accepting the fact that Papa Jack, the persona he himself created, should continue—without any favors.

He still receives the same amount of salary, he says—and radio DJs are known to struggle with low pay—but compensating for it are his product endorsements, a direct result of his fame as Papa Jack.

He has a manager now, who focuses on the offers that come his away. Efforts by other radio stations to pirate him persist, but he tells his manager that he doesn’t want to hear about it.

“I never decide on money,” he declares.

He has wisely invested his money: He owns two branches of Cut, a hair salon in Makati; and is involved in the franchise of food carts.

It’s all part of preparing for the future, he says, when he turns from being papa to lolo.

But for now, he’s everybody’s favorite shock jock, the one who jacks up their energy on long, lonely nights.