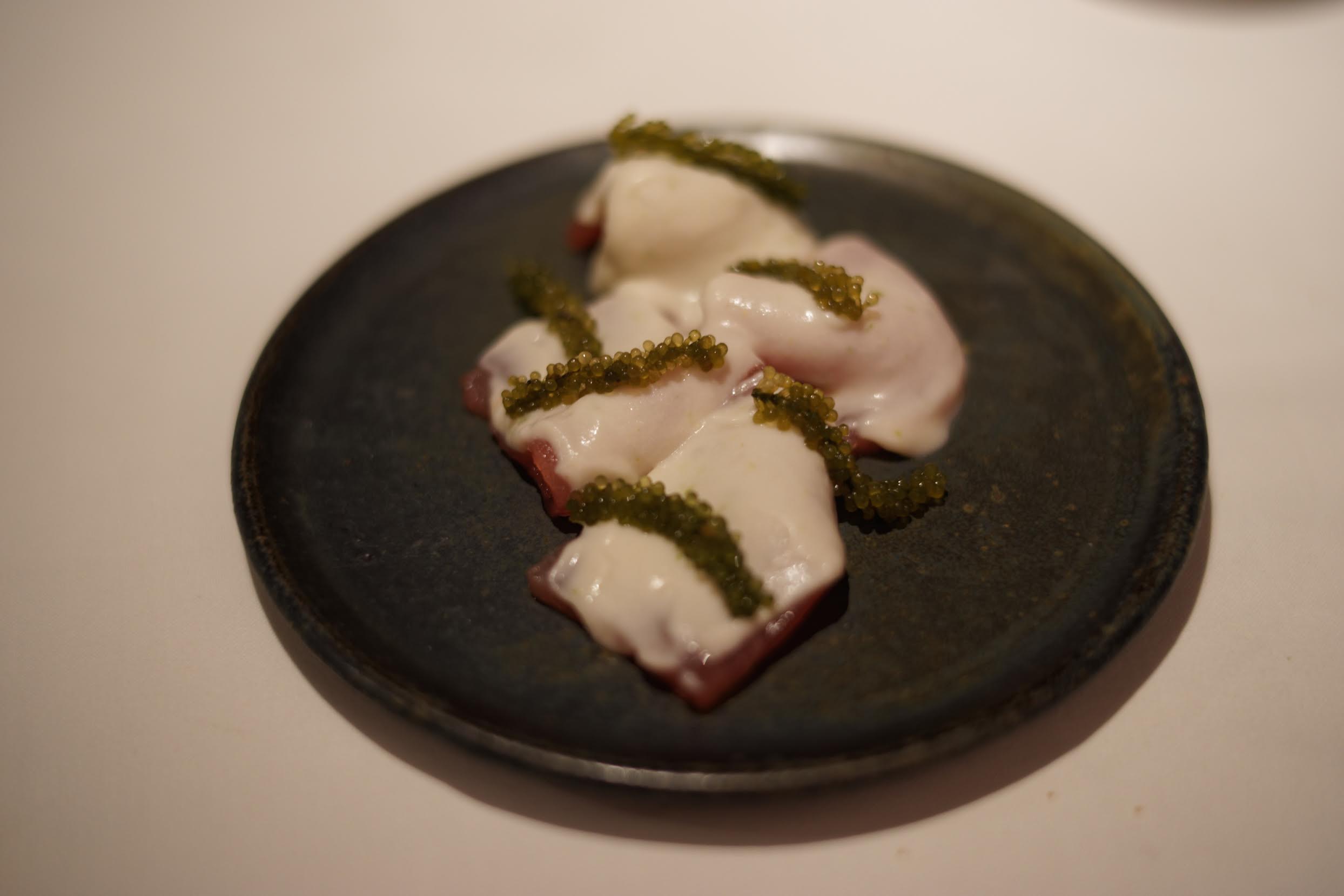 Once in a while it’s good that boundaries break down.

I try to remain anonymous as much as possible when dining in a restaurant; I take pictures, but then who doesn’t nowadays? I don’t want to know who owns the restaurant, how much the chef is paid, or which celebrity has endorsed it. I pay cash whenever I can, then go home and write a review.

But sometimes there are exceptions, even to the self-imposed rule of not accepting complimentary meals. There are now three restaurants in Manila that are in competition for the top spot, the kind that culinary tourists (which the World’s 50 Best Restaurants has created, for better or worse) would travel for—local ingredients and a strong chef’s presence.

They present their food in an extensive, well-conceived degustation menu. This is not to say theirs are the best meals in town, or that they are personal favorites. The point is they set new standards in creativity and culinary prestidigitation.

I have made no secret of my admiration and respect for, as well as friendship with, Jordy Navarra of Black Sheep and Bruce Ricketts of Mecha Uma; I’ve worked with them outside their roles as chef, and mine as customer.

I like the fact that Navarra and Ricketts have only one restaurant each, where they go to work every night like an office worker would.

The missing vector in this triumvirate is Chele Gonzalez of Gallery Vask. I’d been to his less exalted (and less expensive) Vask in the early days, and also to Arrozeria, which I had been lukewarm about.

Two things that got me interested in attending a Gallery Vask press dinner were the news that Gonzalez would focus on Filipino food and ingredients, and an open invitation to critique and comment on the menu before its release to the public.

Thus, in a rare instance for this space, I did not pay for my meal, and though I have tried to be as objective as possible, I must preface this piece with that caveat.

Gonzalez’s Vask and Gallery Vask, initially, were in the shadows, or under the halo—depending on one’s point of view—of the great Spanish modern restaurants that have been dominating the gastronomic scene and the international rankings in recent years.

This was great for people like myself who couldn’t make the pilgrimage to Spain to partake of its food; it also befitted Gonzalez’s credentials as alumnus of El Bulli and El Celler de Can Roca, among other well-respected restaurants.

And finally, it was, I suspect, also what the numerous partners who put up Vask wanted him to do: to cook in Manila the kind of food that was served in restaurants in the World’s 50 Best Restaurants list.

The problem with culinary tourists is that they like to tick off restaurants they have been to, like notches on a bedpost, and restaurants can be new only once. Every so often they can change menus, but unless there is new star power, like the recent collaborations with Arzak and Mugaritz, those chasing the cult of celebrity in the gastronomic world will look elsewhere.

The other quandary is that aside from the tools of molecular gastronomy, what contemporary cuisine stresses is a sense of place: Noma, based in the culinary isolation of Copenhagen, was the foremost exponent of this philosophy.

In a slow but definitive turn well-documented by other writers, Gonzalez began to explore what he found around him and began to cook in a more local vein, until it was impossible to describe what he was doing at Gallery Vask as anything other than Filipino food bearing the stamp of his training and background.

This places Gonzalez firmly in the same league as Navarra and Ricketts, all of whom know and respect each other and enjoy the friendly competition.

And this is a good thing—not just because three restaurants serving haute Philippine food are good for culinary tourism and increase our chances of landing on that accursed list, but also because we simply need more Filipino restaurants doing wild and crazy things with the flavors we love.

I find the new menu at Gallery Vask excellent, though I can’t really compare it with the old menu. I think that some dishes stand out particularly—the tuna kinilaw, the lobster in tinola, the pigeon with uni—while a few can be culled still.

I myself am happy to sit through a long degustation menu as long as the company is good, but I can see how the less gluttonous (or patient) might want a more abbreviated version, which is indeed offered.

I would suggest, at the very least, that it’s worth a try so that you can tell me if I’m wrong.

An interesting point of comparison is that Gonzalez is approaching the cuisine from the outside in, not as someone with roots here.

I feared that this would result in him treating the food as exotic or making much of the mundane—a trap he fortunately manages to avoid.

The degustation is slow to start and the amuse-bouche, such as a grilled isaw made from dough strips, are too starchy.

But once we get into the swing of things, the food stands on solid ground. A sizzling sisig made from puffed rind, the smoke coming from dry ice, is crunchy without being a bomb of fat.

The standouts: Kinilaw, closer to cured sashimi with acidic cream sauce, is simply stellar, as is the lobster perched atop a tinola broth thickened like a Japanese egg custard.

The main course, pigeon, is red and bloody as it should be, though I suspect it is farmed rather than wild (which, given that it’s a local bird, perhaps might be for the better).

By the time a sungka of sweets comes around 12 courses and many unusual flavors later, we are too filled to do other than pick at it.

A few might lament the loss of another facsimile of the modern Spanish-molecular restaurant, but I’m not one of them.

I believe that Gonzalez’s take on Filipino food, while maintaining his exacting and transformative sensibilities, represents this chef’s coming of age and a natural progression of his creativity.